Why Most Dreams End in Obscurity

by Len Warley: They are fascinating, even though usually confounding. They can be wildly entertaining and disconcertingly horrifying… 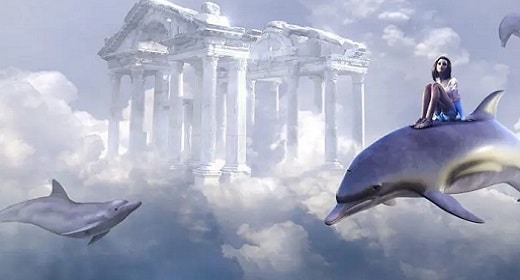 So why would most dreams be quickly forgotten and fall into obscurity?

I know this is a bleak assessment, and these words are written by someone who considers dreams to be one of our most overlooked human potentials for solving the challenges of our lives. Yet, before I came to this opinion, in truth, I found very little practical value in remembering dreams. And it was not for lack of motivation. For decades, I was enamored by dreams and faithfully recorded them, hoping for insight into what they were attempting to tell me. But in all honesty, most of my dreams remained elusive in meaning.

This changed at age 39, long after I had earned my Ph.D. in psychology. I was fortunate to find a gifted dreamworker, a woman who would become my mentor and guide over several decades and opened the astonishing world of dreaming to me. I’ve learned many things from her, and my dreams, far more than I can put in a blog or even a book, but here are just a few of the insights that have rescued my dreams from falling into obscurity.

Dreams are to be encountered, not explained. Most people look to their previous days’ activities to explain their dreams’ content. “I dreamed of a snake because of a program I watched on TV about them.” But why did this snake come to you, and how might it want you to live your life differently? Might it reflect the deepest and almost forgotten part of you that can’t be tamed (because reptiles can’t)? Is it a reminder and how you might live utterly true to your instincts? Might it reflect a wiser, astute side of yourself that could counter your gullibility and naivete? And if so, how might you include the snake’s way into how you live your life? Causal explanations rob them of their power to change us.

Insist on surprise. This pithy advice is one of the essential principles guiding me when I investigate a dream. In my opinion, dreams are born of an evolutionary function that intends to make us wiser and more skillful, and for this reason, they do not tell us what we already know. They come to awaken us to a needed realization. An explanation about why we dream such-and-such may satisfy our intellectual curiosity, but does it help us change how we live our lives? I have become suspicious of interpretations that do not challenge or inspire someone to be their better, wiser self.

Much can be learned about a dream after you’ve had it. Now, this is the domain of Jungian Active Imagination. It’s possible to go to the memory of your dream and pose questions to dream figures and ask why they are chasing you or why someone is angry with you and seemingly wants to kill you. Dream figures will answer through our imagination if we give them time to talk. They may respond through the written word in a dream journal, letting your hand record spontaneous impressions. You may get a sense of what an animal would advise for you if you let yourself imagine what it’s like to be that fierce and bold animal that, like a tiger, could easily defend itself with its sharp claws. Dream figures can awaken new possibilities in us.

A man once told me of a frightening dream in which he had returned to his hometown in India. As he drove by a familiar temple, a bomb exploded, and the dream ended. I asked the shaken man, “Who was behind the destruction of the temple? What was their motive?” And “What does that temple signify for you?” As the man allowed his imagination to give him more information, he learned much about the backstory. To his surprise, he concluded that the so-called terrorists had come to free him from oppressive cultural conditioning that held him back in life. This conclusion leads me to a much-needed insight in the following observation.

So-called bad things that happen to us in dreams may be for our own good. A bear chased me for years in my dreams. It was not until I understood that the bear symbolized the quality of sovereignty, the freedom and capacity to live one’s own life, not under the critical authority of others, that I realized that the bear was a disowned part of me that had come to save me from a partially lived life. The thing that scares us in a dream may epitomize the strengths and qualities that would make us stronger.

Dream images likely reflect various attitudes and potentials within you, though not always. This is a most difficult guiding principle to follow, especially if you have just dreamed of a seedy mafia boss who has knocked on your door. Admittedly, these are the dreams I don’t like, but they have been some of my most beneficial ones because they show me aspects of my personality that are prone to take the easy way out and manipulate—even though I’m a very nice guy—and they show me that I, too, can be opportunistic. I’m not too fond of these dreams, but I learn much about the undermining influences within myself and can thus be on guard for these tendencies that compromise my strength and integrity. But it’s not only the negative dream figures that can awaken us to unknown sides of ourselves; so can inspiring heroic images that reveal a potential that can also be cultivated.