by Peter Johnson: Signs are surfacing that the rollout of electric vehicles and renewable energy sources is working as designed. According to a new report from the International Energy Agency (IEA)… 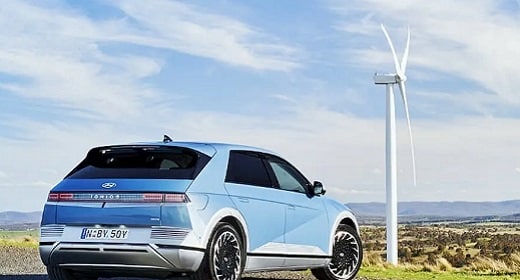 record EV and clean energy deployment are contributing to a significant reduction in CO2 emissions in 2022.

Global economic growth jumped 5.9% as people returned to their daily routines. At the same time, the pandemic-induced supply chain bottlenecks remained, driving commodity prices and, in turn, inflation to a multidecade high.

Energy prices, such as gas and oil, saw the most dramatic increase with limited production ability and skyrocketing demand. Rising oil and natural gas prices led to a higher reliance on coal, which is notorious for emitting CO2.

To make matters worse, the “energy crisis” is being fueled by the war in Ukraine and OPEC’s decision to cut oil production, threatening global supply.

Rather than remaining a victim to volatile gas and oil prices, several nations have invested heavily in sustainable energy solutions, implementing favorable policies to promote renewable energy and EV adoption.

2022 has been a transformational year so far, as government leaders around the world work to reduce their reliance on carbon-emitting fossil fuels.

Renewable energy sources covered the rise in global electricity demand in the first half of the year. Moreover, after doubling in 2021, electric vehicle sales are on track to claim 13% of total light-duty vehicle sales globally.

According to the latest IEA analysis, despite a looming energy crisis, the historic rise in EV deployment and renewable energy use is working in the quest to reduce global reliance on fossil fuels and cut CO2 emissions.

Perhaps, most importantly, the IEA notes:

The rise in global CO2 emissions this year would be much larger – more than tripling to reach close to 1 billion tonnes – were it not for the major deployments of renewable energy technologies and electric vehicles (EVs) around the world.

Interestingly, the improvement shows a stark contrast to what happened following the 2008 global financial crisis, where CO2 emissions rose substantially for several years after.

The war in Ukraine has established a race to find alternative energy sources, and so far, solar and wind energy generation is helping fill the supply gap. IEA executive director, Fatih Birol, explains:

This means that CO2 emissions are growing far less quickly this year than some people feared – and that policy actions by governments are driving real structural changes in the energy economy. Those changes are set to accelerate thanks to the major clean energy policy plans that have advanced around the world in recent months.

Solar and wind are leading the transition, with a record 700 TWh generated in 2022. Without the added renewable energy, CO2 emissions would be over 600 million tonnes more this year, according to the IEA.

The news is significant, showing that if we continue down this path, we can control our fate. Instead of relying on a market-based commodity like natural gas or oil to drive the global economy, renewable energy and EVs offer a superior alternative.