Kiri Westby – Is Forgiveness A Verb?

by Kiri Westby: I’m currently helping my nine-year-old daughter learn how to read and write. 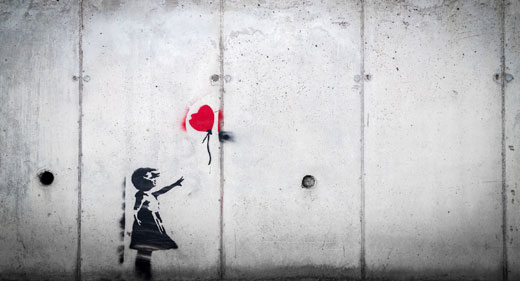 We’re talking about verbs and the adverbs that gloriously adorn them, and we’re examining how language shapes our perception of the world and informs our understanding of what’s possible.

On March 3rd, 2020 my first book—a memoir of my years working and activating in war zones around the world—hit shelves nationwide. Fortune Favors The Brave is my account of cultivating the courage to become my bravest self, willing to speak out against tyranny and lay my privileged life down to amplify truth within a whiteout of lies. It’s also the story of my going even further to find the inner courage to forgive those who harmed me and others. While most of the themes and storylines in my book are still too mature for my young children, discussions around forgiveness happen in our home every day. “She said sorry, so now you can let it go,” I auto-repeat to my four-year-old’s stubborn brain.

“Forgive your friends for laughing at you. Holding a grudge only holds you back,” I encourage my fourth-grader to take the high road, even when it’s harder to navigate than the easy path of spite. “Is forgiveness a verb?” She asks, a query wise beyond her skinny frame.

“It sure is” I underscore (even though, technically, it’s a noun), “and it’s one of the hardest action-words out there. The magic is, when you forgive someone who’s hurt you, physically or emotionally, then you no longer carry the pain of it.” She looks at me sideways, unsure but ever trusting.

She doesn’t know about my time in Chinese detention or the depth of suffering that I’ve witnessed. She doesn’t know about war yet, not really. She’s never heard of “The Palden Gyatso Standard,” a term I came up with to hold myself to the highest level of forgiveness I’ve ever known. Palden Gyatso, the Tibetan monk who, after thirty-three years of heinous torture by the Chinese government, escaped into exile and proclaimed to the world that “what he feared most was losing his compassion for his torturers.” His incredible message to humanity is what eventually set me free too. Gyatso’s bravery in letting his anger go is what fortified me to forgive my torturers years later, to no longer carry the pain of it.

The truth is, forgiveness is hard work. In our dog-eat-dog world, it’s counterintuitive. If we’ve been wronged or hurt, we want justice, and we seek revenge. But those much wiser than me, who endured pain and suffering on a scale I cannot comprehend, are the ones imploring us to choose another way. “An eye for an eye makes the whole world blind,” Gandhi cautioned, even after enduring a life of painful sacrifice. “Hate cannot drive out hate, only love can do that,” Dr. Martin Luther King Jr. reminded the world, even as he led a revolution against legal, institutionalized hate.

So when I tell my kids that forgiveness is a verb, I’m hoping they come to understand that it requires stretching far outside one’s comfort, setting aside divisive paradigms that pit us against one another, and letting go of vengeance; that it takes a lot of practice. It’s easiest to forgive ourselves for our mistakes and missteps, a bit harder to extend that courtesy to those we love, harder still to those we don’t know…and most challenging to actively forgive those who’ve trespassed against us. We start with what we can handle first and then, slowly, extend that mercy outward towards humanity’s most ignorant and harmful.

I’m currently working on extending forgiveness to the Trump administration, even as they wreak havoc on people I love. I must openly model forgiveness for my growing family, so that, eventually, they will see that forgiveness is the antidote to hate, capable of diffusing even the most vindictive conflicts, of turning enemies into friends…and that they alone must choose the pains they will carry through life.

Forgiveness is a hard concept to grasp and an even harder one to put into practice. Once we stop thinking of it as some elusive state of being to aspire to and start seeing it as the action-word that it is—requiring our commitment and labor—perhaps then we can begin removing our heavy storylines from our shoulders and leave them in the last decade where they belong.