Spirituality means different things to different people. For some, it’s primarily about a belief in God 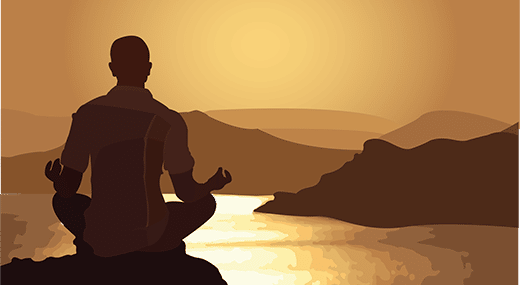 and active participation in organized religion. For others, it’s about non-religious experiences that help them get in touch with their spiritual selves through quiet reflection, time in nature, private prayer, yoga, or meditation.

Many people identify as spiritual but not religious: With a few exceptions, the percentage of adults who identify as religious in many industrialized countries is declining, while remaining generally high in less developed nations. Even as religious affiliation decreases, though, a sense of spiritual identification could remain steady or even increase.

The Benefits of a Spiritual Life 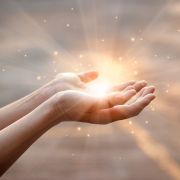 No direct causal link has been established, but research has consistently found that religious involvement is correlated with better physical and mental health, including better sleep, lower blood pressure, and an overall lower rate of mortality. Higher levels of spirituality have also been linked to increased compassion, strengthened relationships, and improved self-esteem.

There may be a downside for people who avoid religion and spirituality altogether: Some research has indicated that eschewing “magical thinking” and being unable to identify patterns in the surrounding world may be linked to depression or anhedonia, the inability to experience pleasure.

Is religion good for you?

Overall, a large body of research suggests, religious attachment is generally beneficial for people. It is correlated with better health habits such as less smoking and drinking, an enhanced ability to cope with stress, and increased social support. Research also finds some downsides, however, such as increased levels of guilt and shame in stricter religious communities.

People who have endured experiences of intense psychological turmoil, research finds, often emerge much more spiritual, and altruistic, than they were before—for example, they are more likely to donate a kidney to a stranger. What some would call a spiritual awakening leads such people to become less materialistic, more empathetic, and more generous.

In a multigenerational study of depression, among subjects considered to be at highest risk, the ones who scored highest on measures of religiosity and spirituality had a much lower eventual prevalence of depression. Further study suggests that those traits may in fact produce changes in the brain, such as increased serotonin levels, and possibly a decreased thinning of the cerebral cortex.

The Search for Meaning 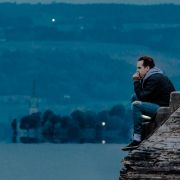 An instinct toward spirituality appears to be deeply ingrained in humans. We can’t help but ask big questions: Research finds that even declared religious skeptics can’t stifle a sense that there is something greater than the physical world they see.

As the brain processes sensory experiences, it naturally looks for patterns—and our conscious selves often seek meaning in those patterns. This can lead to the phenomenon known as “cognitive dissonance,” which describes how, once one believes in something, one is strongly inclined to try to explain away anything that conflicts with it. Cognitive dissonance is not unique to religion or spirituality, but often occurs in the context of such beliefs.

How can I find meaning in life?

The secret to finding meaning in life may be not to look for it. Psychiatrist Victor Frankl, a Holocaust survivor, famously wrote about how he held onto meaning and purpose as a counter to suffering. However, he advised against actively searching for meaning, instead suggesting that meaning should ensue as a side effect of pursuing other goals. Research supports this idea: Those who report actively seeking meaning in life also report lower life satisfaction and happiness.

Why do people believe in God?

While many believers insist God’s existence is self-evident, evolutionary psychologists have researched why humans may have begun believing in a higher power. It’s possible that when humans mastered tools, gaining a sense of their own agency, they applied that thinking to the world around them, and the gods who must have created it. This is known as animistic belief. As human communities grew, a belief in gods who could punish wrongdoers or support agriculture also took hold, an idea that still holds great power today.

Do spiritual experiences affect the brain?

Studies show that the brain may react in similar ways to diverse spiritual experiences. When people described times they felt oneness, infinity, or connection to a higher power, they had less activity in the inferior parietal lobe, usually active during representations of oneself in space or time, indicating people may temporarily lose their sense of self during spiritual experiences.