As ‘MacArthur Park’ turns 45, Jimmy Webb will play it in that park

Jimmy Webb wrote the odd 1960s hit ‘MacArthur Park,’ recorded by Richard Harris. He has a sense of humor about it. And yes, he saw a cake left out in the rain. 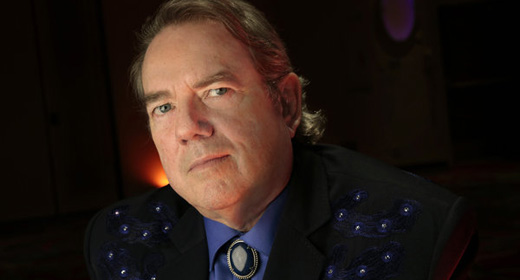 Before becoming a widely lauded songwriter, Jimmy Webb was just another aspiring musician living in a dingy Los Angeles apartment.

The Oklahoma transplant would wander from his low-rent flat in Silver Lake to a place that would inspire one of his most indelible hits, MacArthur Park. There, between Wilshire and 7th, he’d wait for his girlfriend to get off work from her job nearby.

“I used to eat lunch in the park,” said Webb. “It was a place you could be away from the dreariness of a really bottom-scale apartment.”

The scenes he saw there day after day inspired him to write “MacArthur Park,” the unlikely 1968 hit single sung by actorRichard Harris.

Now, 55 years after the location he immortalized became an unlikely pop-culture touchstone, Webb will sing “MacArthur Park” in MacArthur Park on Saturday to kick off a summer concert series. It’s a first for Webb, who’s never performed the song at its namesake location.

“MacArthur Park was — perhaps I’m painting it with the brush of nostalgia — a kind and gentle place,” Webb said.

The roster of artists who have recorded “MacArthur Park” is staggering, and Webb himself says he has no idea how many times it’s been covered. Beyond Harris’ signature version, it’s also been recorded by Donna Summer, Frank Sinatra, Glen Campbell and Liberace.

Thanks to the song’s curiously impressionistic lyrics — “MacArthur Park is melting in the dark / All the sweet green icing flowing down” — and that cake forever left in the rain, it’s stood out among the usual Top 10 fare. The number has been satirized on “The Simpsons,” played in the movie “Airplane II” and parodied by “Weird Al” Yankovic.

“I’d be disingenuous if I said I’m unaware it has detractors,” said Webb, who now lives on New York’s Long Island. “It was something I had a sense of humor about. To me, that’s part of it: the grandiosity of it, the absolute presumption of the whole thing is part of it. It’s part of what we associate with the ’60s: Let’s push it, let’s see how far we can inflate this condom before it blows up.”

Jason Hanley, education director for the Rock and Roll Hall of Fame and Museum in Cleveland, says the unorthodox “MacArthur Park” is partly a product of its time.

“In the late ’60s, particularly in California, you’ve got all this experimentation going on,” said Hanley. “He was taking elements of the Great American Songbook — the Cole Porter and George Gershwins of the 1930s and ’40s — with pop songs of the ’50s and ’60s and mixing that with these beautiful arrangements. Putting all that into one seven-minute song is kind of crazy.”

“MacArthur Park” sprung from a request from producer Bones Howe to write a piece combining classical and rock elements for the group Howe was working with at the time, the Association, which scored ’60s hits with “Cherish” and “Windy.” Webb came back with “MacArthur Park,” which at more than seven minutes was too much for the Association to add to an album that was nearly finished, so the group passed.

He stuck it back into his portfolio until he met with Harris, who wanted to follow his success in the musical “Camelot” by releasing a pop album.

The song may not have reinvented Harris as a pop star, but it did end up breaking barriers on Top 40 radio.

Veteran L.A. DJ Charlie Tuna was part of the staff at the powerhouse 93 KHJ Boss Radio AM station, a national tastemaker in pop music for much of the ’60s. He remembers “MacArthur Park” being broadcast in its entirety on then-emerging underground FM radio stations.

“We were paying attention to what they were playing,” he said. “We didn’t want to lose that hip crowd.”

When KHJ program director Ron Jacobs called Webb and asked for an edited version that his station could play, he declined.

“I said, ‘You can play the beginning, or just the middle or the end, or none of it, but I’m not going to edit it,” Webb recalled. KHJ began playing the full version.

“Once KHJ went on it,” Tuna said, “everyone else went on it.”

Webb says Beatles producer George Martin told him that “MacArthur Park” influenced the Beatles’ decision to let “Hey Jude” run beyond the 7-minute mark when they recorded it a couple of months after Harris’ record became a hit.

Now, half a century down the line, the composer believes the world is ready to hear it at least one more time.

“I have it on my new record coming out in September,” Webb said, noting that his recording for his new “Still Within the Sound of My Voice” album due Sept. 10 features a vocal arrangement by one of his musical heroes, Beach Boys creative leader Brian Wilson.

Music was a big part of Webb’s life growing up. His father was a Baptist minister and his mother played piano and accordion. The family moved to Southern California in 1962, settling in Colton in San Bernardino County.

Three years later, his father decided to move the family back to Oklahoma. Just 17, Webb decided he was ready to be on his own, so he stayed.

That’s when he discovered MacArthur Park, the recreational expanse built in the 1880s as Westlake Park, renamed in 1942 in honor of World War II Gen. Douglas MacArthur. He’d stroll from Silver Lake down Sunset Boulevard, across Alvarado and enter the park from a side street.

“That was my refuge from poverty,” he said. “It was a place where I met my girlfriend; where life evened out for a little while. When I was there, it wasn’t so difficult to live. That may sound strange now, because I was really successful so very young. But I was also struggling. At 17 years old I was on the street in Los Angeles with nothing to trade for my daily bread. Nothing but songs.”

Though Webb has penned plenty more songs since, the cryptic lyrics of “MacArthur Park” still make the song one of his best-known — and most puzzling. What exactly was he singing about?

“I was very much an observer of things, and that song incorporated almost everything I saw around me,” Webb said. “The novelistic technique of including just enough detail to convince someone of the veracity of the tale that’s being told is a common one in songwriting. Certainly that’s at work in ‘MacArthur Park’: the old men playing checkers by the tree, there’s the yellow cotton dress….

“I’d seen birthday cakes left out in the park. I didn’t have to make anything up,” he said, although Webb also was well-read enough to have been aware of poet W.H. Auden’s famous comment that, “My face looked like a wedding cake left out in the rain.”

“‘MacArthur Park?'” he said. “I have no apologies. It’s just had a kind of wild and wacky and, ultimately, I guess, a wonderful existence as a song,” he said. “And it’s still around all these years later.”

For many music aficionados, as unlikely as its commercial success was, that’s no accident.

“What it feels like to me is that, even though he was barely in his 20s, an entire lifetime of musical ideas came pouring out in this one piece,” said David Leaf, who teaches pop songwriting at UCLA. “It was as if he had been holding himself back, waiting for his chance, and then the Richard Harris record gave him the opportunity to put it all together. I never tire of hearing it — the timeless melodic themes, the structure of the composition with the different sections, the shifting tempos, the lyrical imagery — it really is everything one could dream of in a song and a record.”