Matthew Pallamary”s new book, shamanic exploration, and what things were like during the birth of today’s modern psychedelic community. 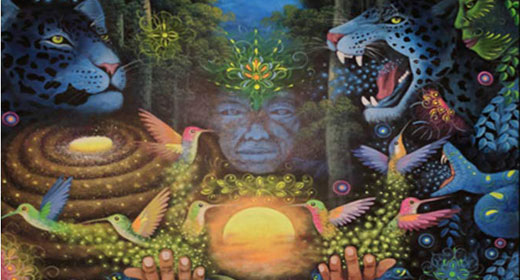 Without further ado, here is our conversation.

David Wilder: Thanks for taking the time to speak with me today. Your most recent book, The Center of the Universe Is Right Between Your Eyes But Home Is Where the Heart Is, came out last November and it covers a lot of ground. How would you summarize it to give the Think Wilder audience an idea of what it’s all about?

MATTHEW: Ultimately it’s a study of objective perception. You can’t necessarily control your external environment, which is all the stimulus that comes into you from the world around you, but you are in control of how you choose to create reality with that input. In the book, I explore shamanism and visionary states—primarily with ayahuasca, but also with other substances—to show how you decide to show up, create in the world, and interpret your reality. And I backed it up with a lot of science. Some people say it was a little bit too much, but I was going after the atheists and the intellectuals. From the shamanic perspective, everything is energy. We perceive visually through lightwaves, we listen through sound waves… our brain is filled with multitudes of different waves. Everything around us is composed of vibration in one form or another. When you spend extended time in the jungle, you really tune your brain by altering your consciousness to other realms of perception.

DAVID: The book is definitely chock full of science, and I can see why you would want to include it. It is written in the same language that atheists and scientific materialists use, which probably makes it easier for them to understand.

MATTHEW: One guy who bought the ebook told me that he followed every reference that I included. Every reference. It was a bit crazy!

DAVID: It’s good that they’re available, and if people want to explore them then they certainly can. You must’ve worked on the book for quite a while. How long did it take you to do research and write the book?

MATTHEW: Interestingly enough, the book kind of wrote itself. But it’s based on a lifetime of research. My first experiences with altered states involved getting dizzy and hyperventilating as a kid. I was about fourteen when I first smoked weed and around that time I was sniffing glue, which was my basic training for altered states. A couple years after that I was turned on to megadose LSD—this was back in like ‘71 or ‘72. I’ve been fascinated with altered states and shamanism for years, and I’ve also been writing about it for years. This book in particular took on a life of its own. It’s always the best when that happens. A lot of this last book was stitched-together research that I found over the course of several months. Years ago, I took an honors course in anthropology called “A Forest of Symbols: Orientation and Meaning to South American Indian Religions”. I started tying that in with my psychedelic experience and the fact that there could be spirituality in psychedelics. In my earlier years that was a totally foreign concept to me. But Terence McKenna’s book Food of the Gods opened my eyes. It was a big influence. When it comes to this book, I was actually getting ready to write another novel and all of a sudden this one started pushing its way to the surface, so I just kind of rolled with it. Next thing you know, I was into the book. And it’s done really well. I’m happy with how it came out. 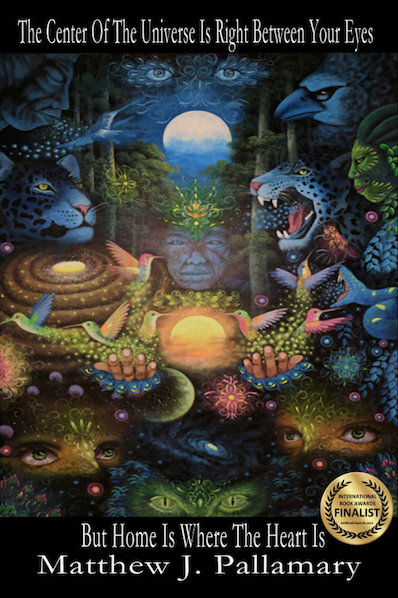 DAVID: One of the questions that the reader confronts in the book’s introduction is, “Who or what are we really?” How do you define yourself?

MATTHEW: In this day and age, I consider myself to be a cosmic citizen. A lot of people over the years have called me a shaman. In the past, I’ve gotten indignant about that and I actually went off one time and felt really bad about it. Are you familiar with the C-Realm Podcast?

DAVID: Yes—I’ve been a listener for a long time.

MATTHEW: One time many years ago, the host called me a shaman, and I went off a bit too much. I actually felt bad afterwards, but I don’t refer to myself as a shaman. There are so many people running around like, “Hey I’m a shaman, here’s my business card,” you know? What I’ve finally come to terms with now is that when I get asked, especially in public, I like to say that everybody is a shaman. Most people just don’t know it and don’t realize it. I studied ayahuasca for 10 years before I found it, and now I’ve been going into the Amazon for close to 20. In my humble opinion, we are far more than we imagine ourselves to be, and we can limit ourselves by our perception. There’s an old American Indian saying that goes, “You really don’t know what another man’s life is like until you walk a mile in his moccasins.” So to me, to be a good writer—and even a good human—you have to have empathy and you have to realize that people have different perspectives and formative influences in their lives. They don’t see things in the same way. At this point in my life I’ve gone beyond that. I’d like to think that my perspective has shifted so I’m not caught in the polarities. The truth is always somewhere in the center, and I’ve worked my entire life to try to find it. When you find the center you transcend duality. You see things from the other guy’s point of view and then you have more compassion and you’re more open. As soon as you start defining things, you’re limiting yourself. The cosmos and reality as we know it is far more complex and multidimensional than most people realize. I spent years pushing the limits as far as I could, in a lot of different directions, to discover the nature of who and what we think we really are. I think that from the perspective of ultimate cosmic reality, we’re a lot more than we give ourselves credit for.

DAVID: It’s a way bigger world out there than most people imagine and can suppose.

MATTHEW: Absolutely. I think that ayahuasca, more than anything else, has shown me that. I’ve done tons of other things too, over the years, but that’s really the one that’s been talking to me the most.

DAVID: So you studied ayahuasca for 10 years before you started working with it. What was that period of time like for you?

MATTHEW: After the honors course in anthropology, I discovered the story of The Land Without Evil, which is my historical novel. It’s about first contact between the Jesuits and the Indians in South America, and it’s told from the Indians’ point of view, so it was all about shamanism. I did a lot of research at the UCSD library. This was before the Internet, so I would log into the UCSD library card catalog via modem and download pages of psychedelic content. A lot of this real groundbreaking stuff that you couldn’t find anywhere back in 1988. I spent $30 on a copy card, gathered books to copy on the machine, and took all the articles home with me. I wasn’t getting high at that time because I took a break for a while, but a few months after that I went into a headshop and there was High Times magazine. I said to myself, “Fucking High Times—that’s still around!?” I had read it back in the ‘70s, when it first came out. When I flipped open the page, there was an ad for the Entheobotany Seminars in Palenque Chiapas. 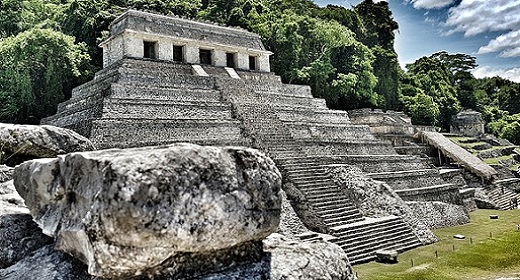 DAVID: And that was the origin for the Palenque Norte visionary lecture series, right?

MATTHEW: That’s correct. So I opened the magazine, and there were all these people that I had been researching independently on my own. They were going to be presenting! I ended up going to the first event in San Francisco in ‘96, where I met Sasha and Ann Shulgin, Jonathan Ott, Charles Grob, Wade Davis, and several other people. From that point I started going to the Entheobotany Seminars regularly. I went to one in Uxmal in ‘98 and then the next few were at Palenque, which is where I got to meet and hang out with Terence McKenna, Paul Stamets, and Christian Rätsch. I started recorded all the lectures on cassettes, and when Lorenzo Hagerty decided to start the Psychedelic Salon, I gave him a bunch of the lectures that I had recorded to help him get started. I had a lot of good friendships over the years, including one with Terence. He actually got the very first book from the initial hardcover printing of The Land Without Evil. So yeah, I’ve been steeped in this stuff for years.

DAVID: It sounds like those early experiences played a big role in shaping who you have become. Thank you again for speaking with me.