Why Is My Relationship So Difficult? – John De Ruiter

Q: My relationship with a man is very difficult.  I wonder if he’s the wrong man for me, or the difficulty is because of something in me? Can you help? 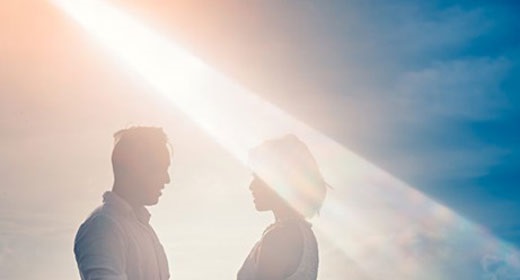 John De Ruiter: Any time that you have difficulty, the difficulty is first your self. When you experience difficulty it’s because you experience a lack, an actual lack that is there in your self in being able to deal with a person or a situation. The tendency when we experience a lack in our selves is that we focus on what looks like the catalyst to that lack, which is something outside of our selves: a circumstance or another person. As soon as you make it about the other person, you become blind to the actual lack which is in your self.

John: If you have a difficult time with someone, it’s not really that other person: it’s you. For example, if your self were more highly developed, and you were to spend time with that same person with whom you had difficulty before, you would realize that the difficulty is gone although their behaviour is still the same. Then you realize that you didn’t have the development of self before to be able to be comfortable in your self while with that person.

When you’re quieted within your heart while you’re with a difficult person, it’s not difficult for you because of what you’re coming from. When you leave your heart and you go into your personality, then your experience of how difficult that person is becomes much more heightened.

If you’re having difficulty with him, instead of focusing on what he is doing or not doing, simply go to a deeper place in you. From within that deeper place you think differently, you feel differently and you see differently. And that’s without him changing.

Q:  I understand that.

When you come from a deeper place within, instead of having somewhat hard eyes toward him you’ll easily have soft eyes toward him. The softer your eyes the happier you are.