What Near-Death Experiences Reveal About The Brain

by Christof Koch: A close brush can leave a lasting mental legacy—and may tell us about how the mind functions under extreme conditions… 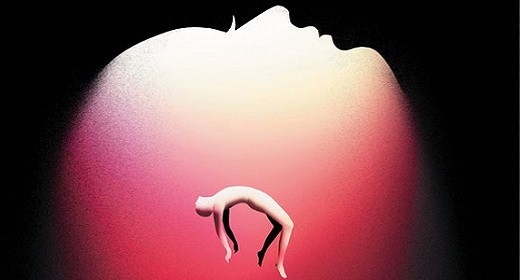 A young Ernest Hemingway, badly injured by an exploding shell on a World War I battlefield, wrote in a letter home that “dying is a very simple thing. I’ve looked at death, and really I know. If I should have died it would have been very easy for me. Quite the easiest thing I ever did.”

Years later Hemingway adapted his own experience—that of the soul leaving the body, taking flight and then returning—for his famous short story “The Snows of Kilimanjaro,” about an African safari gone disastrously wrong. The protagonist, stricken by gangrene, knows he is dying. Suddenly, his pain vanishes, and Compie, a bush pilot, arrives to rescue him. The two take off and fly together through a storm with rain so thick “it seemed like flying through a waterfall” until the plane emerges into the light: before them, “unbelievably white in the sun, was the square top of Kilimanjaro. And then he knew that there was where he was going.” The description embraces elements of a classic near-death experience: the darkness, the cessation of pain, the emerging into the light and then a feeling of peacefulness.

Near-death experiences, or NDEs, are triggered during singular life-threatening episodes when the body is injured by blunt trauma, a heart attack, asphyxia, shock, and so on. About one in 10 patients with cardiac arrest in a hospital setting undergoes such an episode. Thousands of survivors of these harrowing touch-and-go situations tell of leaving their damaged bodies behind and encountering a realm beyond everyday existence, unconstrained by the usual boundaries of space and time. These powerful, mystical experiences can lead to permanent transformation of their lives.

NDEs are not fancy flights of the imagination. They share broad commonalities—becoming pain-free, seeing a bright light at the end of a tunnel and other visual phenomena, detaching from one’s body and floating above it, or even flying off into space (out-of-body experiences). They might include meeting loved ones, living or dead, or spiritual beings such as angels; a Proustian recollection or even review of lifetime memories, both good and bad (“my life flashed in front of my eyes”); or a distorted sense of time and space. There are some underlying physiological explanations for these perceptions, such as progressively narrowing tunnel vision. Reduced blood flow to the visual periphery of the retina means vision loss occurs there first.

NDEs can be either positive or negative experiences. The former receive all the press and relate to the feeling of an overwhelming presence, something numinous, divine. A jarring disconnect separates the massive trauma to the body and the peacefulness and feeling of oneness with the universe. Yet not all NDEs are blissful—some can be frightening, marked by intense terror, anguish, loneliness and despair.

It is likely that the publicity around NDEs has built up expectations about what people should feel after such episodes. It seems possible, in fact, that distressing NDEs are significantly underreported because of shame, social stigma and pressure to conform to the prototype of the “blissful” NDE.

Any close brush with death reminds us of the precariousness and fragility of life and can strip away the layers of psychological suppression that shield us from uncomfortable thoughts of existential oblivion. For most, these events fade in intensity with time, and normality eventually reasserts itself (although they may leave post-traumatic stress disorder in their wake). But NDEs are recalled with unusual intensity and lucidity over decades.

A 2017 study by two researchers at the University of Virginia raised the question of whether the paradox of enhanced cognition occurring alongside compromised brain function during an NDE could be written off as a flight of imagination. The researchers administered a questionnaire to 122 people who reported NDEs. They asked them to compare memories of their experiences with those of both real and imagined events from about the same time. The results suggest that the NDEs were recalled with greater vividness and detail than either real or imagined situations were. In short, the NDEs were remembered as being “realer than real.” 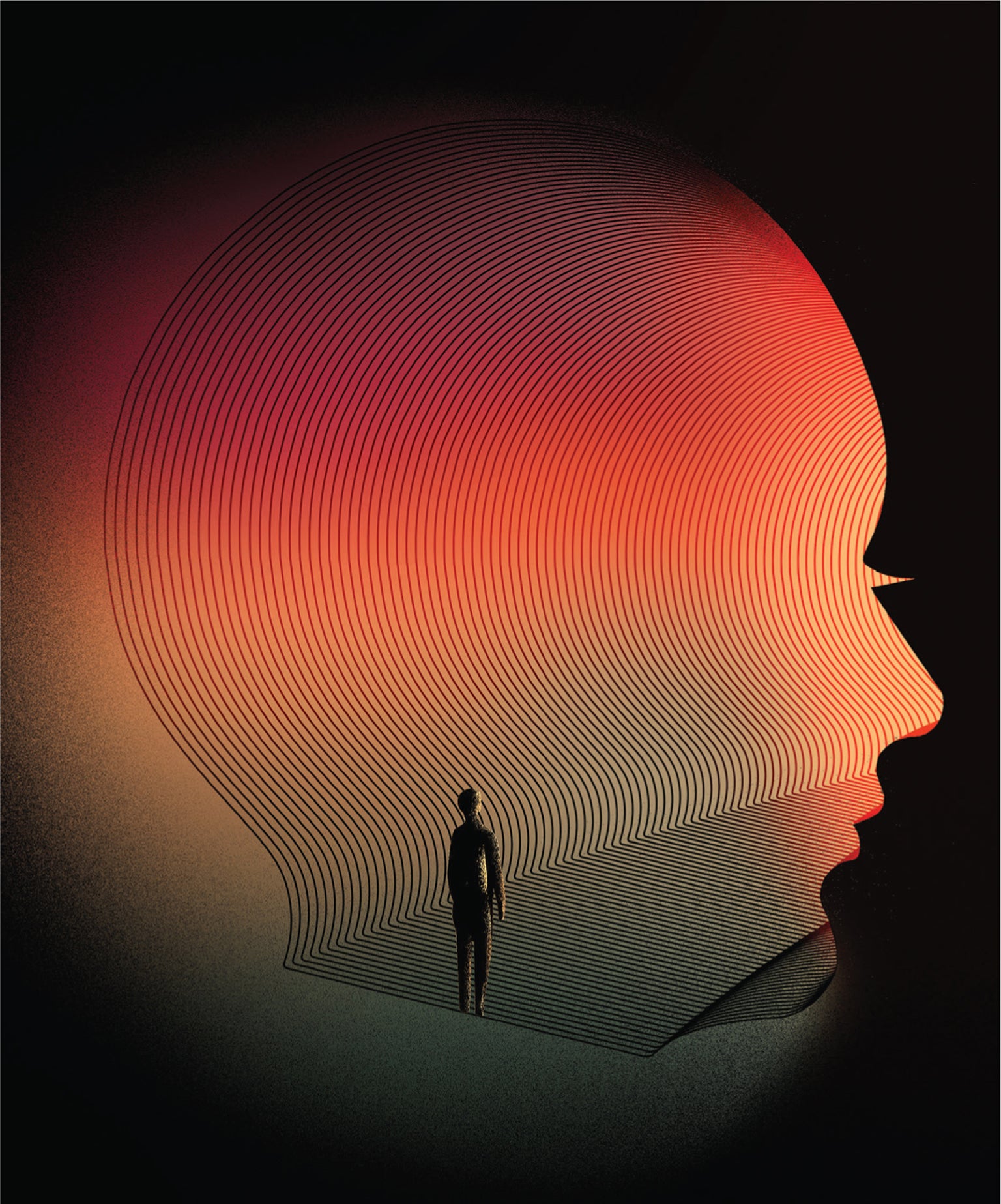 NDEs came to the attention of the general public in the last quarter of the 20th century from the work of physicians and psychologists—in particular Raymond Moody, who coined the term “near-death experience” in his 1975 best seller, Life after Life, and Bruce M. Greyson, one of the two researchers on the study mentioned earlier, who also published The Handbook of Near-Death Experiences in 2009. Noticing patterns in what people would share about their near-death stories, these researchers turned a phenomenon once derided as confabulation or dismissed as feverish hallucination (deathbed visions of yore) into a field of empirical study.

I accept the reality of these intensely felt experiences. They are as authentic as any other subjective feeling or perception. As a scientist, however, I operate under the hypothesis that all our thoughts, memories, percepts and experiences are an ineluctable consequence of the natural causal powers of our brain rather than of any supernatural ones. That premise has served science and its handmaiden, technology, extremely well over the past few centuries. Unless there is extraordinary, compelling, objective evidence to the contrary, I see no reason to abandon this assumption.

The challenge, then, is to explain NDEs within a natural framework. As a longtime student of the mind-body problem, I care about NDEs because they constitute a rare variety of human consciousness and because of the remarkable fact that an event lasting well under an hour in objective time leaves a permanent transformation in its wake, a Pauline conversion on the road to Damascus—no more fear of death, a detachment from material possessions and an orientation toward the greater good. Or, as in the case of Hemingway, an obsession with risk and death.

Similar mystical experiences are commonly reported when ingesting psychoactive substances from a class of hallucinogens linked to the neurotransmitter serotonin, including psilocybin (the active ingredient in magic mushrooms), LSD, DMT (aka the Spirit Molecule), and 5-MeO-DMT (aka the God Molecule), consumed as part of religious, spiritual or recreational practices.

It must be remembered that NDEs have been with us at all times in all cultures and in all people, young and old, devout and skeptical (think, for instance, of the so-called Tibetan Book of the Dead, which describes the mind before and after death). To those raised in religious traditions, Christian or otherwise, the most obvious explanation is that they were granted a vision of heaven or hell, of what awaits them in the hereafter. Interestingly, NDEs are no more likely to occur in devout believers than in secular or nonpracticing subjects.

Personal narratives drawn from the historical record furnish intensely vivid accounts of NDEs that can be as instructive as any dry, clinical case report, if not more so. In 1791, for instance, British admiral Sir Francis Beaufort (after whom the Beaufort wind scale is named) almost drowned, an event he recalled in this fashion:

A calm feeling of the most perfect tranquility succeeded the most tumultuous sensation…. Nor was I in any bodily pain. On the contrary, my sensations were now of rather a pleasurable cast …. Though the senses were thus deadened, not so the mind; its activity seemed to be invigorated in a ratio which defies all description; for thought rose after thought with a rapidity of succession that is not only indescribable, but probably inconceivable, by anyone who has been himself in a similar situation. The course of these thoughts I can even now in a great measure retrace: the event that had just taken place …. Thus, traveling backwards, every incident of my past life seemed to me to glance across my recollection in retrograde procession … the whole period of my existence seemed to be placed before me in a kind of panoramic view.

Local brain regions go offline one after another. The mind, whose substrate is whichever neurons remain intact, then does what it always does: it tells a story shaped by a person’s experience, memory and cultural expectations.

Another instance was recorded in 1900, when Scottish surgeon Sir Alexander Ogston (discoverer of Staphylococcus) succumbed to a bout of typhoid fever. He described what happened this way:

I lay, as it seemed, in a constant stupor which excluded the existence of any hopes or fears. Mind and body seemed to be dual, and to some extent separate. I was conscious of the body as an inert tumbled mass near a door; it belonged to me, but it was not I. I was conscious that my mental self used regularly to leave the body …. I was then drawn rapidly back to it, joined it with disgust, and it became I, and was fed, spoken to, and cared for …. And though I knew that death was hovering about, having no thought of religion nor dread of the end, and roamed on beneath the murky skies apathetic and contented until something again disturbed the body where it lay, when I was drawn back to it afresh.

More recently, British writer Susan Blackmore received a report from a woman from Cyprus who had an emergency gastrectomy in 1991:

On the fourth day following that operation I went into shock and became unconscious for several hours …. Although thought to be unconscious, I remembered, for years afterwards, the entire, detailed conversation that passed between the surgeon and anaesthetist present …. I was lying above my own body, totally free of pain, and looking down at my own self with compassion for the agony I could see on the face; I was floating peacefully. Then … I was going elsewhere, floating towards a dark, but not frightening, curtain-like area … Then I felt total peace. Suddenly it all changed—I was slammed back into my body again, very much aware of the agony again.

The underlying neurological sequence of events in a near-death experience is difficult to determine with any precision because of the dizzying variety of ways in which the brain can be damaged. Furthermore, NDEs do not strike when the individual is lying inside a magnetic scanner or has his or her scalp covered by a net of electrodes.

It is possible, though, to gain some idea of what happens by examining a cardiac arrest, in which the heart stops beating (the patient is “coding,” in hospital jargon). The patient has not died, because the heart can be jump-started via cardiopulmo-nary resuscitation.