Whether you stumble into bed before the sun goes up or rise with the roosters, most of us can identify with a specific sleep type or chronotype, even if we’ve never called it that. 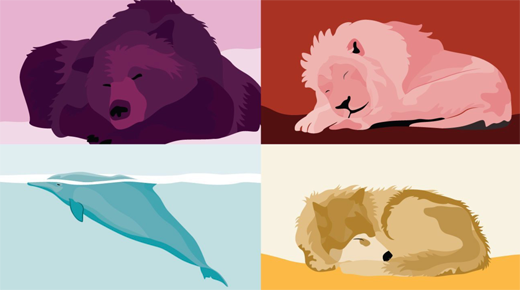 Broken down into four categories, your chronotype shows you when to sleep based on your internal clock. It also gives you insight into all of your main daily activities, such as eating, working, exercising, and socializing.

A chronotype is a person’s circadian typology or the individual differences in activity and alertness in the morning and evening.

“Knowing your chronotype may help you understand how your internal clock works and how you can synchronize it with your daily activities and duties to use your time most efficiently,” explains Eva Cohen, a certified sleep science coach from Kansas-Sleep.

In particular, Cohen says your chronotype defines your peak productivity times, allowing you to plan your day wisely.

Most research breaks chronotypes into:

Some describe four types, with the names:

Most people fall under the category of a bear chronotype. This means their sleep and wake cycle goes according to the sun.

Cohen says bear chronotypes wake easily and typically fall asleep with no problem. Productivity seems best before noon, and they’re prone to the “post-lunch” dip between 2 p.m. and 4 p.m.

This chronotype often has trouble waking up in the morning. In fact, Cohen says wolf chronotypes feel more energetic when they wake up at noon, especially since their peak productivity starts at noon and ends about 4 hours later.

Wolf types also get another boost around 6 p.m. and find they can get a lot done while everyone else is done for the day.

Unlike wolves, lion chronotypes like to rise early in the morning. “They may easily wake up before dawn and are at their best up until noon,” says Cohen.

Typically, lion types wind down in the evening and end up falling asleep by 9 p.m. or 10 p.m.

If you have trouble following any sleep schedule, then you may be a dolphin.

“They often don’t get enough sleep due to their sensitivity to different disturbing factors like noise and light,” says Cohen.

The good news? They have a peak productivity window from 10 a.m. to 2 p.m., which is a great time to get things done.

Being able to identify your chronotype can give you insight into your sleep and wake cycles, as well as peak productivity times. Benefits include:

You can find more about your chronotype by taking a quiz:

Your chronotype depends on several factors, including genetics, environment, age, and sex, according to one studyTrusted Source.

Researchers also reported that older adults identify more with a morning chronotype, while teens and younger adults tend to fit the evening type.

When it comes to gender differences, they found that males are more inclined to be associated with an evening chronotype, which may be due to endocrine factors.

How to apply this information

Identifying and understanding your chronotype and sleep cycles can help you maximize your wake time and sleep better at night.

Dr. Nate Watson, SleepScore Advisor and co-director of the University of Washington Medicine Sleep Center, says when it comes to sleep and chronotypes, the majority of people are neither morning or evening type.

In other words, they fall into the “neither” category. This means their sleep shouldn’t be affected.

However, he does point out that people who are evening types will desire a later bedtime and rise time than morning types.

“Sleep is best if it occurs predominantly at night, regardless of chronotype,” says Watson. “I recommend both chronotypes (morning and night) listen to their bodies and go to bed when they feel tired and arise when they feel rested.”

Getting a good night’s sleep is essential to both your physical and mental health.

Being able to identify and understand how your chronotype affects your sleep and wake time can help you maximize productivity, gain insight into your health, and learn new ways to increase the quality of your sleep.