How AI Will Make Drug Discovery Low-Cost, Ultra-Fast, And Personalized

by Peter H. Diamandis, MD: If you had to guess how long it takes for a drug to go from an idea to your pharmacy, what would you guess? 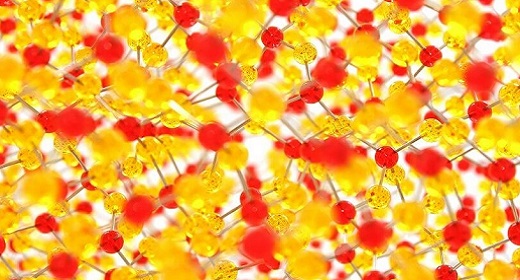 Well, here’s the sobering truth: 90 percent of all drug possibilities fail. The few that do succeed take an average of 10 years to reach the market and cost anywhere from $2.5 billion to $12 billion to get there.

But what if we could generate novel molecules to target any disease, overnight, ready for clinical trials? Imagine leveraging machine learning to accomplish with 50 people what the pharmaceutical industry can barely do with an army of 5,000.

Welcome to the future of AI and low-cost, ultra-fast, and personalized drug discovery. Let’s dive in.

Around 2012, computer scientist-turned-biophysicist Alex Zhavoronkov started to notice that artificial intelligence was getting increasingly good at image, voice, and text recognition. He knew that all three tasks shared a critical commonality. In each, massive datasets were available, making it easy to train up an AI.

But similar datasets were present in pharmacology. So, back in 2014, Zhavoronkov started wondering if he could use these datasets and AI to significantly speed up the drug discovery process. He’d heard about a new technique in artificial intelligence known as generative adversarial networks (or GANs). By pitting two neural nets against one another (adversarial), the system can start with minimal instructions and produce novel outcomes (generative). At the time, researchers had been using GANs to do things like design new objects or create one-of-a-kind, fake human faces, but Zhavoronkov wanted to apply them to pharmacology.

He figured GANs would allow researchers to verbally describe drug attributes: “The compound should inhibit protein X at concentration Y with minimal side effects in humans,” and then the AI could construct the molecule from scratch. To turn his idea into reality, Zhavoronkov set up Insilico Medicine on the campus of Johns Hopkins University in Baltimore, Maryland, and rolled up his sleeves.

Instead of beginning their process in some exotic locale, Insilico’s “drug discovery engine” sifts millions of data samples to determine the signature biological characteristics of specific diseases. The engine then identifies the most promising treatment targets and—using GANs—generates molecules (that is, baby drugs) perfectly suited for them. “The result is an explosion in potential drug targets and a much more efficient testing process,” says Zhavoronkov. “AI allows us to do with fifty people what a typical drug company does with five thousand.”

The results have turned what was once a decade-long war into a month-long skirmish.

In late 2018, for example, Insilico was generating novel molecules in fewer than 46 days, and this included not just the initial discovery, but also the synthesis of the drug and its experimental validation in computer simulations.

Right now, they’re using the system to hunt down new drugs for cancer, aging, fibrosis, Parkinson’s, Alzheimer’s, ALS, diabetes, and many others. The first drug to result from this work, a treatment for hair loss, is slated to start Phase I trials by the end of 2020.

They’re also in the early stages of using AI to predict the outcomes of clinical trials in advance of the trial. If successful, this technique will enable researchers to strip a bundle of time and money out of the traditional testing process.

Beyond inventing new drugs, AI is also being used by other scientists to identify new drug targets—that is, the place to which a drug binds in the body and another key part of the drug discovery process.

Between 1980 and 2006, despite an annual investment of $30 billion, researchers only managed to find about five new drug targets a year. The trouble is complexity. Most potential drug targets are proteins, and a protein’s structure—meaning the way a 2D sequence of amino acids folds into a 3D protein—determines its function.

But a protein with merely a hundred amino acids (a rather small protein) can produce a googol-cubed worth of potential shapes—that’s a one followed by three hundred zeroes. This is also why protein-folding has long been considered an intractably hard problem for even the most powerful of supercomputers.

Back in 1994, to monitor supercomputers’ progress in protein-folding, a biannual competition was created. Until 2018, success was fairly rare. But then the creators of DeepMind turned their neural networks loose on the problem. They created an AI that mines enormous datasets to determine the most likely distance between a protein’s base pairs and the angles of their chemical bonds—aka, the basics of protein-folding. They called it AlphaFold.

On its first foray into the competition, contestant AIs were given 43 protein-folding problems to solve. AlphaFold got 25 right. The second-place team managed a meager three. By predicting the elusive ways in which various proteins fold on the basis of their amino acid sequences, AlphaFold may soon have a tremendous impact in aiding drug discovery and fighting some of today’s most intractable diseases.

Another theater of war for improved drugs is the realm of drug delivery. Even here, converging exponential technologies are paving the way for massive implications in both human health and industry shifts.

One key contender is CRISPR, the fast-advancing gene-editing technology that stands to revolutionize synthetic biology and treatment of genetically linked diseases. And researchers have now demonstrated how this tool can be applied to create materials that shape-shift on command. Think: materials that dissolve instantaneously when faced with a programmed stimulus, releasing a specified drug at a highly targeted location.

Yet another potential boon for targeted drug delivery is nanotechnology, whereby medical nanorobots have now been used to fight incidences of cancer. In a recent review of medical micro- and nanorobotics, lead authors (from the University of Texas at Austin and University of California, San Diego) found numerous successful tests of in vivo operation of medical micro- and nanorobots.

Drugs From the Future

Covid-19 is uniting the global scientific community with its urgency, prompting scientists to cast aside nation-specific territorialism, research secrecy, and academic publishing politics in favor of expedited therapeutic and vaccine development efforts. And in the wake of rapid acceleration across healthcare technologies, Big Pharma is an area worth watching right now, no matter your industry. Converging technologies will soon enable extraordinary strides in longevity and disease prevention, with companies like Insilico leading the charge.

Riding the convergence of massive datasets, skyrocketing computational power, quantum computing, cognitive surplus capabilities, and remarkable innovations in AI, we are not far from a world in which personalized drugs, delivered directly to specified targets, will graduate from science fiction to the standard of care.

How might you use an extra 20 or more healthy years in your life? What impact would you be able to make?