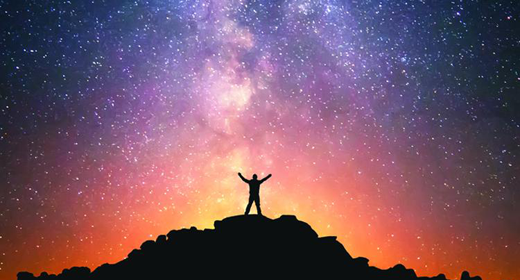 Within four hours, I was deep in coma; I spent the next seven days comatose, on a ventilator. Bacterial meningitis with such a rapid decline in neurologic function conferred a 90 percent mortality rate, as assessed at the time of my initial ER evaluation, but my prospects for survival rapidly worsened. My physicians at Lynchburg General Hospital in Virginia were shocked to find that I had acquired spontaneous E. coli meningitis, which has less than a one in 10,000,000 annual incidence1. They were aided by experts at the University of Virginia, Duke, Massachusetts General Hospital and beyond in their efforts to find a cause and force a turnaround in what at first seemed to be an irreversible death-spiral as I failed to respond to triple antibiotics.

My medical history of recent travel to Israel (as part of my work coordinating global research in focused ultrasound surgery) raised great concern among my doctors. Around the time of my visit, physicians at The Tel Aviv Sourasky Medical Center had reported the world’s first well-documented case of spontaneous plasmid transfer of the Klebsiella Pneumonia carbapenemase (KPC) gene from a deadly gram-negative organism into a patient’s previously uninfected intestinal E. coli, conferring total antibiotic resistance on the latter. The terrifying implications for a disastrous pandemic if such an E. coli ever escaped the strict isolation of a hospital ICU were obvious, and my doctors considered that I might represent such a case.

My neurological examinations were consistent with diffuse cortical damage plus extraocular motor dysfunction (brainstem damage). My CT scans revealed global neocortical involvement, and, on the third day, my cerebrospinal fluid (CSF) protein was 1,340 mg/dl, my CSF white blood cell count 4,300 per mm3, and my CSF glucose level was down to 1 mg/dl (compared with the normal value of 60-80 mg/dl). I was extremely ill, with diminishing chances for survival and virtually no chance for recovery. My physicians never found a cause for my mysterious malady.

Fortunately, my E. coli finally started to respond. On the seventh day of my coma, to everyone’s surprise, I opened my eyes and started to come back. I was rapidly extubated by the shocked intensivist. A family friend who was there could not get over how my amazed expression looked more like the astonished gaze of an infant, not like what one would expect from an adult returning from an unconscious state.

A recent objective medical review of my records coordinated by Dr Bruce Greyson came to the following conclusions:

“Three physicians not associated with Lynchburg General Hospital completed an independent review of the complete medical record of Dr. Alexander’s hospitalization, and spoke with the hospital’s two consulting neurologists to gather additional information.  The records indicated that Dr. Alexander was brought to the emergency department unresponsive, with evidence of a bacterial infection, and he was assessed to have moderate brain injury, which rapidly progressed to severe brain injury over the next few hours.  Brain scans showed that the membranes covering the brain as well as the grooves in his cerebral cortex were swollen with pus-filled liquid, compressing the cortical tissue.  Laboratory examination showed evidence of a bacterial infection in his cerebrospinal fluid, due to an organism that very rarely causes meningitis in adults, and, when it does, is almost always fatal or resulting in permanent neurological deficits.  Nevertheless, after a profound near-death experience, Dr. Alexander eventually awoke from his coma, and within a few months had made what his surprised neurologists called a ‘complete and remarkable recovery’ from an illness they agreed might well have been fatal, without any residual neurological deficit.”

If one had asked me before my coma how much a patient would remember after such severe meningitis, I would have answered “nothing” and been thinking in the back of my mind that no one would recover from such an illness, at least not to the point of being able to discuss their memories. Thus, you can imagine my surprise at remembering an elaborate and rich odyssey from deep within coma that comprised more than 20,000 words by the time I had written it all down during the six weeks following my return from the hospital. My older son, Eben Alexander IV, who was majoring in neuroscience at the University of Delaware at the time, advised me to record everything I could remember before I read anything about near-death experiences (NDEs), physics or cosmology. I dutifully did so, in spite of an intense yearning to read everything I could about those subjects, based on the stunning character of my coma experience.

My meningoencephalitis had been so severe that my original memories from within coma did not include any recollections whatsoever from my life before coma, including language and any knowledge of humans or this universe. That “scorched earth” intensity was the setting for a profound spiritual experience that took me beyond space and time to what seemed like the origin of all existence.

Those memories began in a primitive, coarse, unresponsive realm (the “Earthworm’s Eye View” or EEV) from which I was rescued by a slowly spinning clear white light associated with a musical melody, that served as a portal up into rich and ultrareal realms. The Gateway Valley was filled with many earth-like and spiritual features: vibrant and dynamic plant life, with flowers and buds blossoming richly and no signs of death or decay, waterfalls into sparkling crystal pools, thousands of beings dancing below with great joy and festivity, all fueled by swooping golden orbs in the sky above, angelic choirs emanating chants and anthems that thundered through my awareness, and a lovely girl on a butterfly wing who proved months later to be central to my understanding of the reality of the experience (as reported in detail towards the end of my book Proof of Heaven). The chants and hymns thundering down from those angelic choirs provided yet another portal to higher realms, eventually ushering my awareness into the Core, an unending inky blackness filled to overflowing with the infinite healing power of the all-loving deity at the source, whom many might label as God (or Allah, Vishnu, Jehovah, Yahweh – the names get in the way, and the conflicting details of orthodox religions obscure the reality of such an infinitely loving and creative source).

While writing it all up weeks later, God seemed too puny a little human word with much baggage, clearly failing to describe the power, majesty and awe I had witnessed. I originally referred to that deity as Om, the sound that I recalled from that realm as the resonance within infinity and eternity. Many lessons were taught in that core realm, with all of the higher dimensional multiverse collapsed down into a complex “oversphere” that served as a tool in advancing some of the deeper lessons. All of my understanding of space, time, mass, energy, information, soul journeys, causality, the afterlife, reincarnation, meaning and purpose took on extraordinary relationships that I am even now just beginning to unravel. I cycled through those spiritual realms from the lowest EEV all the way back to the Core multiple times, offering a rich spiritual odyssey that completely defies any conventional scientific understanding, given the duration and severity of my meningoencephalitis. Given those medical facts, my brain was incapable of providing any hallucination, dream or psychic drug effect, due to the global damage of my neocortex so apparent from my neurologic exams, scans and laboratory values.

My coma taught me many things. First and foremost, near-death experiences, and related mystical states of awareness, reveal crucial truths about the nature of existence. Simply dismissing them as hallucinations is convenient for many in the conventional scientific community, but only continues to lead them away from the deeper truth these experiences are revealing to us. The conventional reductive materialist (physicalist) model embraced by many in the scientific community, including its assumption that the physical brain creates consciousness and that our human existence is birth-to-death and nothing more, is fundamentally flawed. At its core, that physicalist model intentionally ignores what I believe is the fundament of all existence — consciousness itself.

NDEs such as mine then represent the tip of the spear in a rapidly progressing enlightenment of the scientific community around the mind-brain relationship, and our understanding of the very nature of reality. The world will never be the same.