by Christina Gregory, PhD: Signs, symptoms, diagnosis, and treatments for those who may be addicted to the Web on their PC or smart phone… 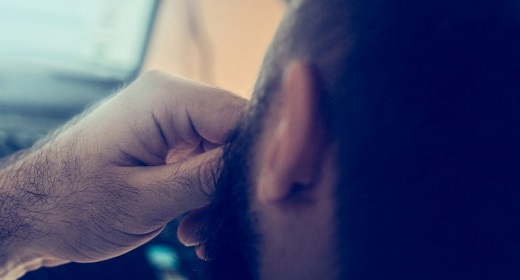 What Is Internet Addiction?

Do you play video games on the Internet in excess? Are you compulsively shopping online? Can’t physically stop checking Facebook? Is your excessive computer use interfering with your daily life – relationships, work, school? If you answered yes to any of these questions, you may be suffering from Internet Addition Disorder, also commonly referred to as Compulsive Internet Use (CIU), Problematic Internet Use (PIU), or iDisorder. Originally debated as a “real thing,” it was satirically theorized as a disorder in 1995 by Dr. Ivan Goldberg, MD who compared its original model to pathological gambling. Since this hoax of sorts, the disorder has rapidly gained ground and has been given serious attention from many researchers, mental health counselors, and doctors as a truly debilitating disorder. Though not officially recognized as a disorder in the Diagnostic and Statistical Manual of Mental Disorders (DSM-IV), its prevalence in American and European cultures is staggering – affecting up to 8.2% of the general population. However, some reports suggest it affects up to 38% of the general population. The widely variable difference in prevalence rates might be contributed to the fact that no true and standardized criteria has been selected for Internet Addiction Disorder. It is researched differently among scientists and mental health professionals. And, it is researched differently across ethnic cultures.

The advancement in study of Internet Addiction Disorder has been negatively impacted by the lack of standardization in this area. It has been generally accepted among researchers, however, that Internet Addiction is only a subset of technology addiction in general. As the name states, its concentration is on compulsion with the Internet – as other areas of media addiction can be seen in television addiction, radio addiction, and other types of media addiction. Due to the explosion of the digital age, Internet Addiction Disorder has taken the reigns as the top culprit is technology addiction as of late. The troubling thing about this disorder is that if you are suffering from it, you are endlessly surrounded by technology. In the digital age, the Internet has taken over. Most of what we do, as a general population, can be done on the Internet. Can’t find that shirt you want in the store? No worries – the Internet has it! Need to place an order for pizza? Why call? Complete an online order! Can’t call over a friend to play a video game at 3am when you’re suffering from insomnia and can’t go back to sleep? I bet there’s someone across the globe that is awake and ready to play! That’s, in essence, why this disorder can be so troubling – even treatment-wise. It’s hard to live these days by getting rid of the Internet. We’re always surrounded by it – and for most of us, we use it daily.

Internet Addiction Disorder, in addition to other dependency disorders, seem to affect the pleasure center of the brain. The addictive behavior triggers a release of dopamine to promote the pleasurable experience activating the release of this chemical. Over time, more and more of the activity is needed to induce the same pleasurable response, creating a dependency. That is, if you find online gaming or online shopping a pleasurable activity and you suffer from an addiction to the Internet, you will need to engage in more and more of the behavior to institute the same pleasurable feeling prior to your dependency.

The variable reinforcement effects of Internet addiction is another cause of this behavior. According to the Variable Ratio Reinforcement Schedule (VRRS) theory, the reason why you might be so addicted to Internet activity (e.g., gaming, gambling, shopping, pornography, etc.), is because it provides multiple layers of rewards. That is, your constant surfing of the Internet leads to multiple rewards that are unpredictable. Perhaps your addiction to Facebook provides a multiple and unpredictable layer of rewards in the sense that every time you sign on to read your updates, you get repeated and unexpected good news. Maybe you found out one of your great friends just got engaged. The next time you sign on, you learn another friend just had a baby! Or, perhaps the man you are really interested in just posted an update that he and his longtime girlfriend just broke up. Each sign on gives you unpredictable results that keep you entertained and coming back for more. Certain games, such as MMROPGs (massively multiplayer online roleplaying games) – including World of Warcraft and Everquest may lead to Internet addiction because, in effect, they never end.

Biological predispositions to Internet Addiction Disorder may also be a contributing factor to the disorder. If you suffer from this disorder, your levels of dopamine and serotonin may be deficient compared to the general population. This chemical deficiency may require you to engage in more behaviors to receive the same pleasurable response compared to individuals not suffering from addictive Internet behaviors. To achieve this pleasure, individuals may engage in more behavior to the general public, increasing their chances for addiction.

What are the Symptoms?

Physical Symptoms of Internet Addiction Disorder may include:

What are the effects of Internet Addiction Disorder? If you are suffering from this disorder, it might be affecting your personal relationships, work life, finances, or school life. Individuals suffering from this condition may be isolating themselves from others, spending a long time in social isolation and negatively impacting their personal relationships. Distrust and dishonesty issues may also arise due to Internet addicts trying to hide or deny the amount of time they spend online. In addition, these individuals may create alternate personas online in an attempt to mask their online behaviors. Serious financial troubles may also result from avoidance of work, bankruptcy due to continued online shopping, online gaming, or online gambling. Internet addicts may also have trouble developing new relationships and socially withdraw – as they feel more at ease in an online environment than a physical one.

How is it Diagnosed?

Though it is gaining traction in the mental health field – and recently added to the Diagnostic and Statistical Manual of Mental Disorders as a disorder that needs more research, a standardized diagnosis of Internet Addiction Disorder has not been discovered. This is also a significant contributing factor to the overall variability in the disorder as a whole and wide range of prevalence in the population from 0.3% to a whopping 38%.

In addition, Beard (2005) suggests at least one of the following must also be present in a diagnosis of Internet Addiction Disorder:

What are the Treatment Options?

The first step in treatment is the recognition that a problem exists. If you do not believe you have a problem, you are not likely to seek treatment. One of the overarching problems with the Internet is that there is often no accountability and no limits. You are hidden behind a screen – and some things that you may say or do online are things you would never do in person.

There is debate in the literature whether treatment is necessary in the first place. Some believe Internet Addiction Disorder to be a “fad illness” and suggest that it usually resolves itself on its own. Studies have show that self-corrective behavior can be achieved and successful. Corrective behaviors include software that controls the Internet use and types of sites that can be visited – with the majority of professionals in agreement that total abstinence from the computer is not an effective method of correction.

Some professionals argue that medications are effective in the treatment of Internet Addiction Disorder – because if you are suffering from this condition, it is likely that you are also suffering from an underlying condition of anxiety and depression. It is generally thought that if you treat the anxiety or depression, the Internet Addiction may resolve in step with this treatment approach. Studies have shown that anti-anxiety and anti-depressant medications have had a profound affect on the amount of time spent on the Internet – in some cases decreasing rates from 35+ hours a week to 16 hours a week. Physical activity has also been indicative of effective in increasing serotonin levels and decreasing dependency on the Internet.

Some of the more common psychological treatments of Internet Addiction Disorder include:

Because of the prevalence of the disorder in the general population, treatment centers and programs have started to pop up in the US and across the globe. In some cases, electro-shock therapy was used to wean individuals off the Internet – this method has since been banned. The ReSTART residential treatment facility was started in 2009 in Seattle, WA for pathological computer use. In 2013, a USB-connected keyboard device was created to provide a very low voltage shock to users who visited particular websites. In other places nationwide and internationally, de-addiction centers have been started to aid individuals suffering from Internet Addiction Disorder.

In many instances, multimodal treatments have been employed to treat Internet Addiction Disorder. In this method of treatment, if you are suffering from this condition, you might be prescribed both medications and psychotherapy to treat your addiction to the Internet.

Though originally diagnosed as a “hoax” disorder – the increased digital age has propelled us into the Internet age and Internet addiction has become a truly real “thing.” However, many researchers are uncertain of whether Internet Addiction Disorder is a disorder in its own existence or rather a symptom of other underlying conditions.

Creating an even more problematic interaction is the fact that everything is online nowadays. It’s hard to make a distinction between online and offline worlds. Everything is Internet-based. From ordering food, interacting with friends, playing games, and even watching tv. Adding an additional layer of confusion and distinction is that other digital technology is taking over the world as well – make access to computers even easier. Now, we don’t have to be physically sitting in front of the computer – we can do anything from anywhere with just our phones, tablets, or other electronic devices.

Still, other researchers question whether excessive Internet use is an addiction or an obsessive-compulsive or impulse-control disorder. Indeed, the Diagnostic and Statistical Manual of Mental Disorders is correct in its acknowledgement that much more research is needed to study this disorder.