Awakening From The Trance Of Unworthiness

by Amber Tucker: Sharon Salzberg offers wise, compassion-focused views on where the world is right now and the part we each have to play in being the change we wish to see… 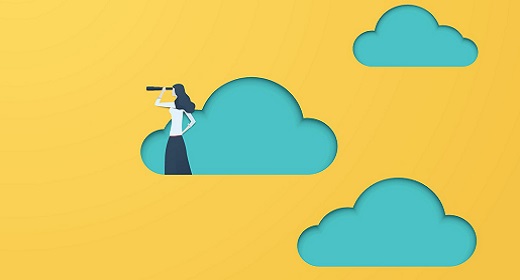 Right now, many of us are wondering exactly how mindfulness practice meets the real world, in all of its complexity. What might real, transformative change for a better world look like? Is it time to panic for those of us who don’t like where society has been headed? And is it our responsibility to go out and protest for racial justice? Sharon Salzberg spoke to these and other searching questions during the Real Change virtual summit on September 4, 2020.

Could you talk a little bit about what “real change” means to you, versus change that may be more shallow or not really addressing the root? What does real change mean in addressing the transformative aspect of life and of society?

Sharon Salzberg:  Somebody quoted me (which is always an odd experience) and he said, “I remember the time that I was interviewing you for something, and I asked you what you do in meditation. And you said, “I sit down and get real.” And I thought, Oh, that’s cool. I’m glad I said that. Because the more distorted our views, our perceptions, or actions are from what is true, the unhappier we are, the more suffering that we create. And so being in alignment with the truth is really like a superpower.

That’s one of the reasons I say loving-kindness is so powerful, because it’s easy to think of loving-kindness, or love, or kindness for that matter, as something sort of saccharin-sweet and ineffectual. You’ll just kind of smile and let things happen. But I really do see it as a power, because it reflects the truth of how connected our lives are, that that construct of self and other, and us and them, is a construct and that another whole way of seeing things is to see how interconnected life is.

Being in alignment with the truth is really like a super power.

It doesn’t mean we like everybody, or that we’re going to just accede to their wishes, but there’s that bone-deep knowing our lives have something to do with one another. And the heart’s response to that is loving-kindness or compassion. I think real change reflects that deeper truth of interconnection.

It’s sometimes hard to figure out how to bridge the world of meditation and the world of political activism. How do you not feel overwhelmed when you’re dealing with huge systemic problems, and how can we not only motivate people but keep them from panicking?

SS: I went to college in 1968, when I was around 16—so I was a little young to be, say, marching in Washington. But I did have classmates and friends who were doing that, and I’ve always been fascinated with the civil rights movement. If I’m looking at a video, I keep seeing those freedom riders kneeling in prayer before they went to march, maybe to get killed. I’ve seen them bear witness to nonviolence with a kind of unearthly joy, so aligned with a sense of purpose that they were able to encounter things that make it very, very hard to have the courage to go forward. I’ve always been really fascinated by the link, you know, not the separation, but the link between you could say spiritual values and action.

If somebody’s panicking, it’s not that you should say “Don’t panic!” But we have models of people who have displayed tremendous courage. I was talking to bell hooks when I was in Kentucky, teaching at her institute, and she said “I don’t really like the term social action, because it might imply only marching and protesting. What about art?” So that became a whole thread of my exploration. What about art, what about creativity, these forms we find so inspiring that are leading us onward? There’s some way in which we connect to something bigger. The models we have of people who can sustain an effort, over time, are people who were nourished by their alignment with that sense of purpose, and understanding that you don’t always see the results right away, or in your lifetime.

The models we have of people who can sustain an effort, over time, are people who were nourished by their alignment with that sense of purpose.

But this is a life well lived, and that’s the way I express my deep appreciation of how connected we are, or the power of love, or the fact that everybody matters. There are many different ways that that may appear, but it’s alignment with that sense of purpose that keeps us going. And community, the feeling that we are with people who, when we’re in total desolation, can remind us of the joy, and we trust them.

Is it time to panic? Well, from one perspective. But none of these feeling states are bad. I always hesitate when people think they shouldn’t be feeling what they’re feeling, because every feeling deserves the dignity of its existence. WE just don’t want to be overcome by a certain feeling. It’s a fine line to really honor what we’re feeling and have a sense of empowerment.

There have been [Black Lives Matter] protests in my city in the last few days, and I’m dealing with a lot of anger and a lot of fear. My question is around the relationship of sacrifice to change, and how can we use our own faith to guide us to how much sacrifice we are willing to give, especially as people with lots of privilege?

SS: I think it is absolutely essential that people vote, and that we engage in the political process, whether or not you choose to demonstrate. I was at a conference years ago and Robert Kennedy Jr. was speaking as an environmental activist, and somebody asked him about recycling or something like that, literally. And he said, “I don’t want to dissuade you from recycling, but the point is you need to elect different people who are actually going to change the policy.”

I have friends who went to New York City and other places for those early marches, and everyone was socially distanced to the extent possible. People were all wearing masks, they’re using hand sanitizer, and it was kind of this amazing community. There was a feeling of recognition. We are bearing witness to things that have been going on that we have not perhaps seen or had to acknowledge.

I don’t know what to say about you going out in that immediate way—I think it is a cry of pain and I think it’s an act of solidarity. It’s kind of amazing. But my heart just keeps going back to, people have got to vote, and not just vote oneself, but really see what we can do to enhance other people’s opportunity to do so.

Right at the core of anger and fear is a sense of helplessness, which is one of the most corrosive, terrible feelings we can have. So it’s no wonder we don’t want to sit and look at it.

I think in terms of feeling that anger and feeling the fear, of course, we have to, we have to feel it and, you know, recognize it, what I’ve seen. And this is kind of in alignment with the teaching that if we can sit and feel the anger, or feel the fear, which means not being so consumed with the story, but almost like saying, What does this feel like? What is this feeling, a feeling in your body? Feel it in a sense of watching the mood, the movement of it.

Right at the core of anger and fear is a sense of helplessness, which is one of the most corrosive, terrible feelings we can have. So it’s no wonder we don’t want to sit and look at it. But if I can get there, if I can get to the place of the helplessness, then we can resolve on one thing to do. It may be that thing, it may be going out and demonstrating, it may be another thing. But it’s like somehow not sitting and letting the helplessness sort of take over, but determining, Okay. I can see it. I can recognize it. What am I going to do? What am I going to do today?