The Immense Potential Of Solar Panels Floating On Dams

by Prachi Patel: Putting solar farms on water has benefits, but coupling them with hydropower amps them up and could provide almost half of the world’s electricity… 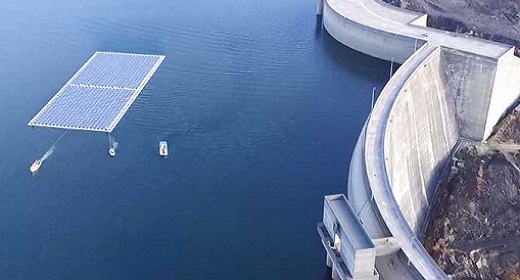 Solar farms need vast swaths of land that might not always be easily available. So why not put them on water? Many countries in Asia are starting to do that by sprinkling floating solar panels on lakes, ponds, and reservoirs. But coupling floating photovoltaics (PV) with hydropower could be even better, researchers show in a new study published in the journal Renewable Energy. Floating solar farms on existing hydropower reservoirs could cut solar costs and meet 40 percent of the world’s energy needs, they found.

In general, putting solar panels on water bodies avoids land-use conflicts. It also boosts PV efficiency due to the temperature-regulating effect of water and minimal shading, while the water body benefits from reduced algae growth and evaporation. But despite this promise, energy developers have been hesitant to deploy floating PV systems because of concerns about the technology, its benefits, and its potential, scientists from the Department of Energy write.

So the team set out to address those concerns, specifically for floating PV systems that are coupled with hydropower facilities. They wanted to analyze both the benefits and global technical potential of such hybrid systems.

Using hydropower reservoirs for floating PV has added benefits over using lakes or ponds, they say. The most important one is that solar power system could tap into the existing infrastructure and transmission lines of the hydropower facility, which cuts capital costs. Plus, the two technologies can balance each other since solar power has the most potential during dry seasons while rainy seasons are best for hydropower. So at a hybrid plant, operators could store excess solar power using pumped storage hydropower, where electricity is used to pump water to a higher elevation. 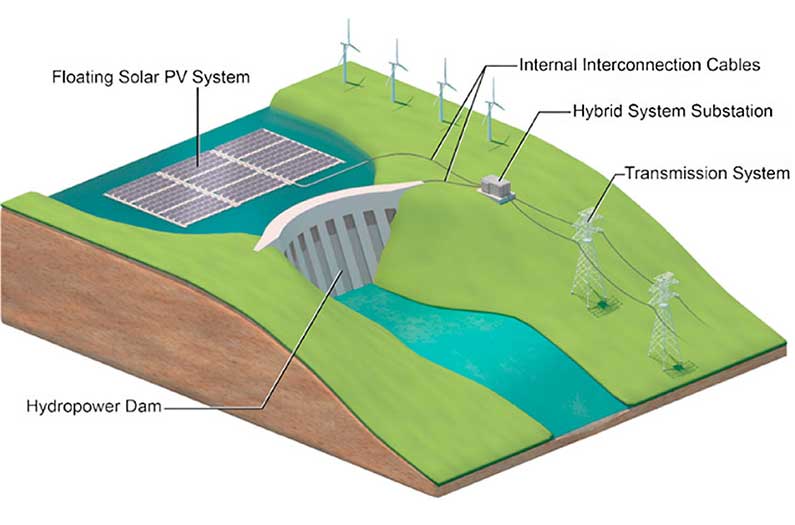 Discover more:  A new desalination device with a dash of green

The DOE team used publicly available data sets to analyze the technical potential of the hybrid systems. They found that 379,068 freshwater hydropower reservoirs across the globe could combine floating PV with existing hydropower facilities. The capacity of the floating PV installations depended on their distance from the shore: they had to be far enough away for sufficient area yet not so far that installing and maintaining transmission lines became too costly.

In the best-case scenario, the researchers calculate that the hybrid systems could produce as much as 7.6 terawatts a year, which translates to about 10,600 terawatt-hours of electricity. Global electricity consumption, by comparison, was just over 22,300 TWh in 2018.

“This is really optimistic,” lead author Nathan Lee said in a press release. The analysis of course does not take into account what is economically feasible, he added. Further research is needed to assess the costs of hybrid hydro-floating PV projects, properly size them, and address social and political concerns for their deployment, as well as policy and regulatory uncertainties.