3 Things Energy Efficiency Could Do

by Sarah Golden: Regular readers of Energy Weekly know Energy Efficiency Day is one of my favorite holidays… 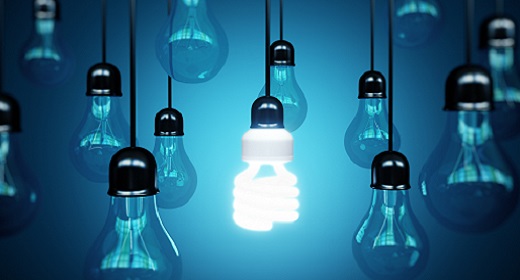 Sure, it’s less flashy than National Donut Day or May the Fourth, but its understated brilliance perfectly mirrors the quiet significance of energy efficiency itself. After all, as a Jew I celebrate Hanukkah — a holiday literally celebrating the miracle of energy efficiency — over Christmas, a day often associated with overconsumption.

I also like an underdog. Energy efficiency continues to be the cheapest and fastest way to decarbonize and meet our energy demands, yet it still gets far less airtime than its clean energy counterparts.

This year, I invite you to reflect on three things energy efficiency could do, were its inner Hulk unleashed:

That could go a long way to support low-income homes and communities of color who have a disproportionate energy burden. As a percentage of their income, Black households pay upwards of threefold more than white households for energy. They’re also disproportionately affected by utility shut-off policies, leaving them more vulnerable to dangerously hot and cold days.

Unfortunately, these communities don’t have equal access to energy efficiency. The root causes are complex and, as outlined in a half-day summit on equity and energy efficiency organized by Woman of Color Collective in Sustainability, include:

For example, a recent heatwave in California resulted in the state’s first rolling blackouts since the Enron scandal in 2001. While there were multiple factors, energy experts generally agree it could have been avoided through demand response — energy efficiency’s cousin that shifts consumption to better match energy supply, which I feel comfortable generally lumping together.

According to a recent report out from Oracle Opower, its energy efficiency programs have shaved 25 terawatt-hours of energy — the equivalent of four coal plants per year. As utilities move towards 2050 net-zero goals, energy efficiency is more than a tool to save money; it’s a necessary component of reaching climate goals.

Further, distributed energy resources will go a lot further if they are powering energy-efficient buildings and appliances. As one energy efficiency expert from Lawrence Berkeley National Laboratory put it to me, “energy efficiency is the stake; renewables are the sizzle.” The value proposition for, say, onsite solar panels, makes a lot more sense if they are powering something efficient. And that makes a difference with the rise in power outages across the nation.

As air conditioners became a huge energy suck with everyone at home over the summer, COVID 19 is expected to bring higher heating bills this winter.

With millions of people still working and attending school from home, coupled with forecasts of a colder winter than last year, demand for heating fuels will be up — as will their cost, according to the Energy Information Administration.

Indoor climate control is expensive. According to the U.S Department of Energy, space heating accounts for almost half of a home’s energy bill, and older homes are the worst culprits. Homes built before 1950 use about 60 percent more energy per square foot than those built in the 21st century.

With everyone hunkering at home, energy demand and bills have been on the rise already. My home’s energy bill almost doubled. Even before COVID and energy price volatility, the DOE found energy efficiency measures reduced energy bills by 25 percent on average.

With all of the economic uncertainty right now, who wouldn’t want that?