by Elise Solé: Not only does getting a good night’s sleep keep you alert and functional — it may cut your risk of heart failure by 42 percent… 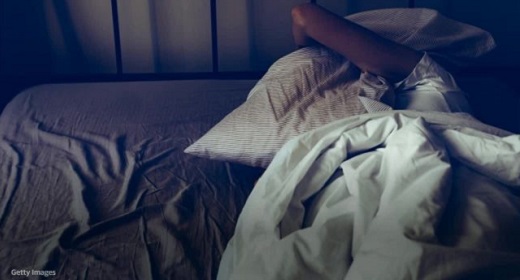 That’s the conclusion of a Nov. 16 observational study published in Circulation, a journal by the American Heart Association, which followed 408,802 U.K. study subjects between the ages of 37 and 73 between the years 2006 and 2010.

Heart failure, a condition that affects 26 million people worldwide, occurs when the heart doesn’t efficiently pump blood to the body’s cells, which causes weakness, fatigue, shortness of breath and other symptoms. It’s usually triggered by conditions like coronary artery disease or high blood pressure which can damage the heart, says the Mayo Clinic, and is easy to overlook at first, due to the body’s defense mechanisms: According to the American Heart Association, at first, the heart tries to “compensate” for its weakness by pumping harder and faster but over time, it succumbs to damage.

To understand what is “healthy sleep,” researchers considered five factors: The duration of sleep, circadian rhythms (are subjects “morning” or “night” people?), insomnia (difficulty falling or staying asleep), snoring and daytime sleepiness. They determined that the healthiest sleepers get between seven and eight hours of sleep per night, rise early, rarely or never experience insomnia, do not snore and aren’t excessively tired throughout the day.

Subjects self-reported all this information, including their histories of heart failure, which was also confirmed by nurses and hospital procedural codes.

Overall, healthiest sleep habits were associated with a 42 percent lower risk of heart failure, even after adjusting for risk factors like diabetes and medication use. “That’s the most important finding,” study author Dr. Lu Qi, the director of the Tulane University Obesity Research Center, tells Yahoo Life. “Our study is the first to combine these five habits in a new sleep score and the first to analyze that score with heart failure risk — previous studies analyzed individual, not combined behaviors.”

The research is observational and uses self-reported data, which is a less reliable way to collect data. “We also can’t say, for example, what caused a subject to snore nor can we say that snoring itself causes heart failure,” says Qi, “only that there’s evidence of a relationship.”

However, people can make lifestyle adjustments to improve their quality of sleep, says Qi, such as quitting nicotine products (the stimulating drug, found in cigarettes, has been linked to insomnia and sleep apnea) and exercising; According to Johns Hopkins Medicine researchers, it could be due to the mood-stabilizing effects of exercise, “a cognitive process that is important for naturally transitioning to sleep.”

“The most prevalent theory for why people sleep is for the brain to essentially remove ‘waste products’ produced throughout the day,” Dr. Timothy Morgenthaler, the co-director of the Center for Sleep Medicine at the Mayo Clinic, tells Yahoo Life. “Those toxins are metabolic byproducts that gather in the spaces between brain cells — but during sleep, they are removed and cells are restored.”

According to the Centers for Disease Control and Prevention, adults ages 18 to 60 should get at least seven hours of sleep per night with an additional one to two hours for anyone older (and a range of age-appropriate recommendations for children). The agency also advises picking a consistent bedtime (experts say this can train the body clock to wake up and drift off easier), falling asleep in a dark, comfortable room and avoiding big meals, caffeine and alcohol before bed.