by Kayne Coulter: Few, if any, markets have undergone more change over the last decade than the various regional power markets around the globe… 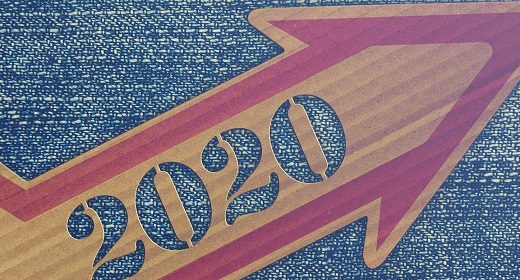 Technological advances, structural market changes, regulatory intervention, and political influences have all contributed to create asset mixes, operating rules, and commercial risks that are in constant flux. In particular, the influence of renewable energy sources over the last decade has had profound worldwide impacts.

According to IEA’s Renewables 2019 report, renewable energy will grow by a staggering 50% in the five years between 2019 and 2024. This dramatic shift in energy supply to less reliable and more intermittent energy sources like wind and solar will force power markets to reckon with the development of near real-time intraday markets. Because of these complexities, many power markets are adopting shorter and shorter settlement periods, including 5-minute and 15-minute settlements.

The reality of ongoing investment in renewable energy is the challenge of unpredictability. The intermittent nature of wind and solar means power grids will need to quickly address energy shortfalls to maintain grid frequency. This could lead to increased volatility around intraday prices as grid operators price incremental resources like gas-driven turbines in and out of the market to maintain stability.

Because of this unpredictability, Australia recently mandated a shift from 30 minutes to five minutes for settling electricity spot prices — a shift that will go into effect in 2021. They believe this will support a greater transition to renewables, provide better price signals, and improve margins for the electricity market.

This could also significantly affect markets like the European Union as grid operators work to address the complexities of cross-border trading as the region’s power grids become increasingly connected. As the EU rapidly transitions to renewable energy to meet its 2020 and 2030 targets, the region’s power market is leading the way in solving the complexities in trading renewable energy.

Algorithmic tools will become increasingly critical to improve profitability and mitigate this 24/7 demand on human capital, and European markets are currently leading in adoption of these tools. Power traders establish parameters like price floors and ceilings for trades and rely on a system to run pre-programmed strategies, execute trades, communicate the trades to the exchange, and then pass the information through the company’s ETRM solution.

Recent data suggests as much as 25% of intraday cross-border deals in EU markets are managed via algorithms — a number that only continues to grow.

Trend No. 3: Ongoing liberalization of global power markets
Mature markets like those in the U.S., Europe, and Japan embrace integration and liberalization.

The U.S. has long been the global standard for open power markets that other regions have tried to emulate to varying degrees. Since 1996, the EU pursued policies to build a unified electricity market. However, the effort began again in earnest when the region solidified its plan as part of the Energy Union in recent years.

This integration plan has not been without challenges and resistance from EU member countries that have a history of national utility monopolies. Despite regulatory challenges, aggressive goals to curtail emissions with renewable energy have advanced this goal of a homogenized power market that spans the continent. As the region turns toward renewables, many of the individual countries have had no choice but to rely on cross-border trading to meet energy demands.

Notable examples of this are the market impacts of Germany’s decision to retire its nuclear generators in March 2011, as well as its aggressive push to phase out coal. As a result, Germany has fast been chasing the goal of a fully renewable energy supply — something that could complicate its current power export relationships with countries like Austria, Poland, and Switzerland. Further, neighboring countries like Poland, the Czech Republic, and Austria may also have to reckon with potential and unpredictable wind and solar energy oversupplies.

Despite the potential challenges, Europe has seen early success with a liberalized power market. Now, the Energy Union plans to require all EU transmission system operators to make at least 75% of their capacity available for any bidding zones for trading by 2025.

In Japan, radical changes and uncertainty followed the Fukushima nuclear disaster in 2011, driving the country to further rely on LNG, oil, and coal as fuel sources. Since then, Japanese markets have also pursued power market liberalization, a process that was fully realized in 2016. Since then, Japan’s Parliament has pursued incentives for power companies to invest in new projects emphasizing renewable energy projects like offshore windfarms.

Elsewhere in APAC, additional countries pursuing liberalization policies include Malaysia, the Philippines, Singapore, South Korea, Taiwan, and Thailand. Like Japan, many of these countries are pursuing liberalization in the commercial and industrial sectors with the end goal of spurring investment in new generation capacity — a necessity as the region is expected to lead energy demand through 2050.

According to IEA, renewable energy build-out accounted for 75% of all growth in global net power capacity. While countries around the world are investing in large utility-scale projects like off-shore wind farms, distributed energy sources are on the rise. Traditionally, this has been incentivized by government programs, but recently, the cost of solar generation has lessened to become more attainable for more consumers interested in the possibilities of net-metering.

Ranging from small-scale residential rooftops to large-scale installations like college campuses, today, all microgrids still run into the same issue: Consumption does not match production. Even with batteries, these microgrids still rely on the failsafe of a connection to the power grid, ensuring continuous access to power.

On the occasions that more power is produced than consumed, the excess power is then sent back to the grid via net metering, ultimately turning the consumer into a producer… or prosumer. This creates a give-and-take scenario for which power markets must be ready.

Trend No. 5: Advancements in battery storage
Efficient storage has become a requirement — not a luxury — and is driving fundamental change in how power is managed, distributed, and consumed.

One of the largest questions around both small- and large-scale renewable energy projects has been the cost and efficacy of battery storage. As the cost of battery storage plummets, new possibilities in the expansion of renewable energy are on the rise. Small microgrid systems can pull from batteries (and even electric vehicles) during peak demand and replenish during off-peak periods.

For utility-scale projects, operators can now reasonably afford to pair megawatt-scale battery installations with renewable grids. EIA estimates that total installed capacity of grid-scale batteries could reach 40 gigawatts by 2050. As new manufacturing facilities are being built with battery capabilities in mind, costs will continue to plummet, making this technology more affordable on a wider scale.

Surviving in a changing power market

In the face of each of these changes, power markets are set to rapidly shift. Perhaps the biggest change as a result of these trends will be the inundation of data — and only those market participants that innovate and prepare will have the competitive advantage.

In addition to the explosion of new data, power market players will have to adapt to changing regulations, ongoing market liberalizations, and rapidly transforming technologies. Those that adapt to the uncertainty and volatility will be able to exploit the new opportunities in a changing market.

A key aspect to ensure any energy organization that buys, sells, or trades energy is prepared for ongoing innovation is an energy trading and risk management (ETRM) solution capable of providing innovation, adaptability, scalability, and tools that manage increased volatility, uncertainty, and risk.

That’s why ION Commodities is at the forefront of developing ETRM and advanced analytics capabilities that address these trends and more, so that forward-looking organizations are prepared to address and take advantage of the challenges of a changing market at the speed, scale, and accuracy of their business needs.