If You Were Fired, Don’t Lie About It In A Job Interview. Do This Instead 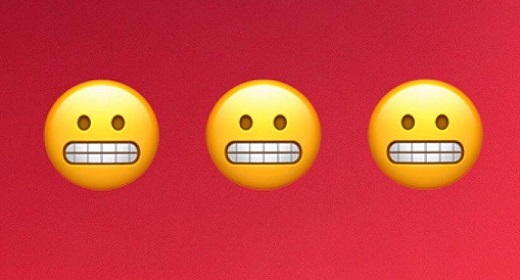 Either way, it can be a difficult thing to explain at a future job interview. In fact it’s hard to think of a less tasteful way of selling yourself for gainful employment than admitting that you were forcibly removed from a previous post.

But getting fired doesn’t make you a bad person, nor does it mean you won’t be an all-star in a new role, or at a new company. I was once fired from an ice cream scooping job because I bit my fingernails too much and apparently the sight of my chewed-up digits bothered the customers. I can share the experience now and laugh about it; humor, as they say, is just pain plus time.

But what if you haven’t made the same peace with a firing? And what if a prospective employer asks why you left your last job? Just saying, “I was fired,” without explanation, isn’t great, and most of us know that lying is worse. So, what should you say when you’re at an interview, and you’re called upon to explain a suspicious departure? Thankfully, Alison Green, author of the popular Ask a Manager blog and a columnist for The Cut, has shared a simple solution.

According to Green, covering up your firing is setting yourself up for disaster. “If you lie and say you left voluntarily (or frame it as a layoff or otherwise misrepresent what happened), the employer will likely find out the truth when they contact your references or do a background check,” she writes. “And if that happens, the lie itself would be a deal-breaker—whereas an honest explanation often wouldn’t be.”

There’s no need for a longwinded explanation. “Saying too much will make it a bigger deal than it needs to be, and generally you’ll come across as pretty defensive,” writes Green. “Typically all you need are a few sentences explaining what happened.”

The key to successfully answering questions about why you were fired is focusing on what you learned, and how you plan to improve going forward. Green provides two sample scripts for responding when an interviewer wants to know why you left a job:

“Actually, I was let go. That’s on me — I took a job that required pretty advanced design skills, which frankly I don’t have. I thought I’d be able to get up to speed quickly, but I underestimated how much I’d need to learn. They made the right call, and I was relieved to get back to editing.”

“Actually, I was let go. The workload was very high and I didn’t speak up soon enough and ended up making mistakes because of the volume. It taught me a lesson about communicating early when the workload is that high, and to make sure I’m on the same page as my manager about how to prioritize.”

Keep it concise, calm, and non-defensive, says Green. Most importantly, remember your own worth.