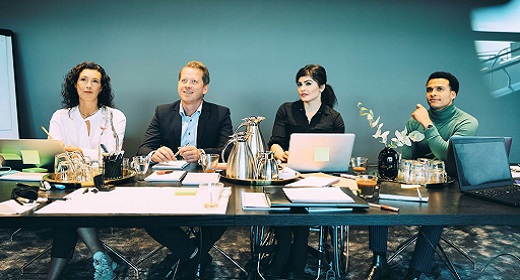 But, after decades of studying the science of persuasion, I’ve discovered something new: We also ought to focus on the when of these decisions.

Here are three key timing methods persuasive people use to boost their chances of getting what they want:

1. Know when you should (and shouldn’t) go first.

Many persuasive encounters are “serial competitions,” in which people appear before “judges” one after another. (Think: Pitching for new business or a series of candidates coming in for job interviews every hour.)

There’s a lot of interesting research that tells us where we want to be in these serial sequences, and it distills down to some useful guidelines for when you want to go first — and when you don’t want to go first.

You’re better off going first when:

You’re better off going toward the end when:

I used to always give the good news first. It seemed logical. Giving bad news is uncomfortable, so I wanted to ease into it. I also believed that if I started with the bad news, the other side might shut down and not want to hear the rest of what I had to say.

But when I looked at the research, I discovered my reasoning was upside down. According to one study, when people were asked this famous phrase, four out of five preferred to hear the bad news first.

(What’s funny is that I, too, would want to hear the bad news first. But I thought I was alone in that preference.)

The bad news is that I was doing it wrong; the good news is now I know how to do it better.

But studies show that people are slightly more likely to overcome the default at two moments: Early in the day, and immediately after breaks.

So, if you have a tough prospect and you know the answer is no, you might have a marginally better chance if you approach that person at the top of the morning or right after that person has taken a break.

In fact, you can even say, “Let’s take a walk first before we discuss this in depth.”

Of course, this isn’t a guarantee. Far from it. But it might give you a tiny edge. If I have a 5% chance of getting you to say yes and I pick the right time to ask, then maybe I could bump that up to a 7% chance.

That means I still have a 93% chance of no. But, over time and in repeated interactions, that small increase in my favor can be meaningful.