What Scientists Have Learned From 100 Years Of Bird Banding

by Kate Wong: A rich archive of data has illuminated the secret lives of birds… 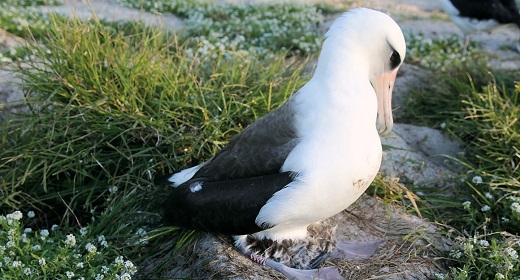 The year was 1902. Paul Bartsch, a mollusk researcher at the Smithsonian Institution, wondered whether the aquatic snails he was studying could be spread from one body of water to another by aquatic birds. To find out, he needed to track the movements of birds. Bartsch hatched a plan. He fastened lightweight aluminum rings inscribed with the year, a serial number and a Smithsonian return address around the legs of 23 nestling black-crowned night herons that he captured along the Anacostia River outside Washington, D.C. And then Bartsch waited for news of the banded birds—where they were sighted, what had become of them.

Only one of the 23 herons was reported to him. The bird was shot shortly after being banded, but its resighting revealed where the creature had been headed in the interim: the heron turned up in Abington, Md., 55 miles northeast of where Bartsch had banded it. Although that initial insight was modest, Bartsch’s approach to obtaining it was revolutionary: he had just become the first person in North America to systematically band birds for scientific research.

Bartsch outfitted more herons with serially numbered bands the following year, and other researchers began banding other kinds of birds elsewhere in North America. In 1920 the federal bird banding office was established in the U.S. Known today as the U.S. Geological Survey Bird Banding Laboratory, it works with its Canadian counterpart to run the North American Bird Banding Program, which manages more than 77 million archived banding records and more than five million records of encounters with banded birds from the past 100 years. Every year the program sends about a million bands to banders in the U.S. and Canada and adds some 100,000 new encounter reports to its database. Birds may also be equipped with auxiliary markers such as color bands or satellite transmitters. Researchers around the world use the data to monitor resident and migratory birds.

Banding studies have illuminated the hidden lives of most of the more than 900 avian species that spend time in North America, from raptors to waterfowl, from seabirds to songbirds. A peregrine falcon monitoring project in coastal Washington State has found that in addition to hunting on the wing, this formidable predator—the fastest species on earth—actually scavenges food fairly often. On Midway Atoll, a female Laysan albatross named Wisdom, first banded in 1956 and sighted as recently as November 2020 incubating a new egg, has helped show that seabirds live and reproduce far longer than previously thought.

In many cases, banding data have identified imperiled species and populations—and informed the development of management strategies aimed at protecting the birds. The whooping crane, a spectacular five-foot-tall bird with snow-white plumage native to North America, is one of the shining success stories to come out of banding work, according to Antonio Celis-Murillo, head of the Bird Banding Laboratory. In the 1940s the species was on the brink of extinction. Its last remaining population had dwindled to just 16 individuals as a result of unregulated hunting for their meat and showy feathers, as well as loss of the wetlands where they live. Today, after five decades of captive breeding and careful monitoring of banded cranes, there are four populations of wild whooping cranes that together comprise more than 660 birds. The species is still endangered but trending in the right direction.

In recent years, Celis-Murillo says, the scientists who work with banding data have been shifting their focus toward saving not just birds but their habitats. For instance, banding studies have identified a major previously unknown wintering ground for the Atlantic subspecies of piping plover, a small sand-colored shorebird that skitters along the water’s edge feeding on worms and other invertebrates. About a third of the subspecies, which breeds along the Atlantic coast, spends the winter months on a clutch of islands in the Bahamas called the Joulter Cays. The discovery helped lead to the designation of the area as a protected national park in 2015.

Bird banding has always relied on amateur scientists—from the volunteers who undergo rigorous training to catch and band birds to the people who report sightings of these birds. Traditionally most human encounters with banded birds have been between hunters and waterfowl, according to biologist Danny Bystrak of the Bird Banding Laboratory. Indeed, one of the major applications of banding data has been establishing regulations for hunters to help maintain sustainable populations of game birds.

But that pattern is changing. Hunting is decreasing, and bird observation and photography are on the rise, Celis-Murillo says. The trend could offer a bright spot in the pandemic gloom. With so many of us taking up bird-watching in these lonely times, he predicts a bump in sightings of banded birds, which can be reported at www.reportband.gov.* The resulting data will help new studies of birds and their habitats take wing.

The Bird Banding Laboratory has been curating bird banding records since 1920. In 1959 a fire damaged many of the records, which helped to drive a shift toward electronic record keeping. For practical reasons, most research projects today deal with the digitized records, starting with birds first banded or reencountered after 1960. Here we show the birds that lie at the heart of the digitized data: 70,593,588 banding records and 4,134,060 reencounter records from 1960 through 2016.

Long-term banding records can show changes in bird populations, behaviors and environments over time. That information, in turn, can inform decisions about how to protect the animals and their habitats. Here we map the digitized banding data by location and season, revealing the relative number and diversity of birds banded at each point in space and time from 1960 through 2016.

*Editor’s Note (2/17/21): This sentence was revised after posting to correct the URL for reporting sightings of banded birds.