by Kat Plewa: From 3D printed hearts to car restorations, Additive Manufacturing has numerous applications in many industries, but did you know that it is also possible to 3D print on a large scale? 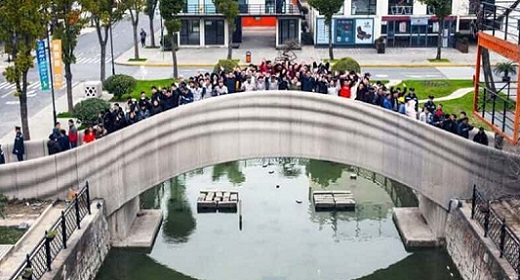 The automotive industry is certainly one that makes the most of 3D printing technologies. One of the leaders, Bugatti, wasn’t waiting for their competitors to start benefiting from Additive Manufacturing. They are creating a new path of production using the Selective Laser Sintering (SLS) technique.

Thanks to 3D printing, Bugatti made a huge improvement in their brake caliper design and manufacturing. The brake produced with traditional methods weighed 4.9 kg and was made out of aluminum. Additive Manufacturing allowed the engineers to use titanium, which is much stronger and robust. Not only that, but they could also use new design methods bringing the weight of caliper down to 2.9 kg!

Only 3D technologies could allow Bugatti’s team to reduce weight and at the same time improve the quality of the 3D printed part. Additive Manufacturing is the true future of the automotive industry. 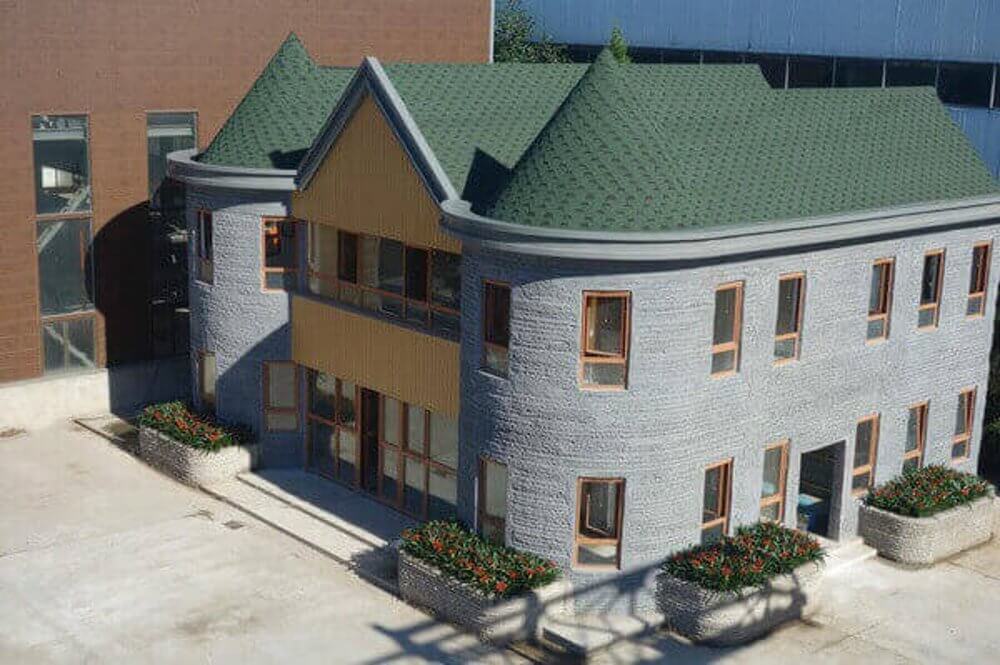 The revolution of using additive manufacturing for houses is the speed of producing them. HuaShang Tengda managed to build a two-story villa in just 45 days! They developed dedicated hardware but also developed an innovative technique complementing 3D printing. First, the frame of the building was put up and then a 3D printer laid the concrete.

To produce this XL object 20 tons of concrete were used! This 3D printed house shows another advantage of Additive Manufacturing: lowering material waste, which reflects on the costs. Most impressive is still the timeframe. 3D printing can improve your production by making it faster and therefore bringing the costs down. 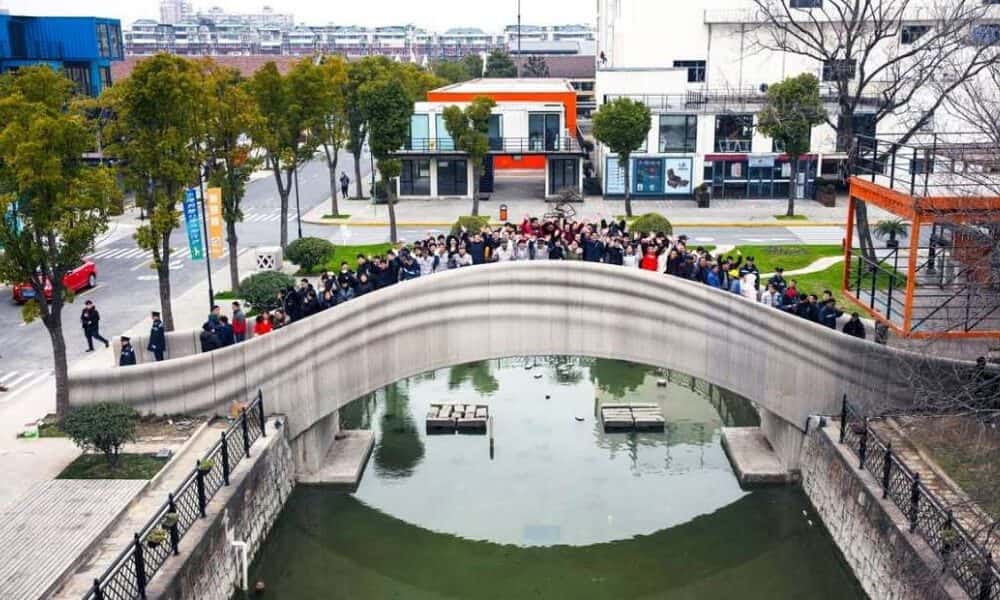 Another outstanding project on our list is the world’s longest 3D printed bridge produced in Shangai. The previous bridge was built during the Sui Dynasty (581- 618 CE) and it took 11 years to complete it.

To compare, the 3D printed structure was manufactured in less than 19 days! To make the bridge, 68 slide pieces and 64 deck pieces were 3D printed. What is so striking about this bridge is not only the manufacturing speed but also the fact that it includes senor accumulating displacement data which will be used later to improve the design of future 3D printed bridges.

On top of that, the bridge is very strong. It was tested during inauguration when 100 people stood on it at the same time! This experiment truly proves that Additive Manufacturing is totally capable of producing complex constructions that can withstand tons of stress.

Another industry where 3D printing is a groundbreaking solution to improving the production process is the maritime sector. One of the latest developments is WAAMpeller. It is the first-ever 3D printed ship propeller. Where its unique name comes from?

WAAM is a technology invented especially for this project. WAAM is short for Wire Arc Additive Manufacturing. This 3D method melts metal wire with an electric arc, layer by layer. The WAAMpeller is built of nickel aluminum bronze alloy and composed of 298 layers. The final result was truly impressive and fully functional! The 3D printed propeller was installed on a workboat Stan Tug 1606.

They developed robotic arms that are capable of 3D printing with metal. What for? To manufacture a rocket engine: Aeon 1! Rocket engines are extremely hard to design and produce, they are made of multiple parts which raises the risk of failure. Thanks to 3D techniques, the design od a rocket engine could be rethought.

Usually, this component of a rocket has many parts, but thanks to 3D printing, it was composed only of 3 parts! That’s a huge leap forward in terms of material usage, functionality, production time, and costs. It only took one month to manufacture Aeon 1, compared to 6 months when made with traditional technologies. Also, having fewer parts means a shortened assembly time.

Aeon 1 was successfully fired up on numerous occasions, which proves that it’s fully functional and ready for further improvements.