by Mike Brown: Elon Musk gave an endorsement for the idea of a carbon tax during the company’s first-quarter 2021 earnings call… 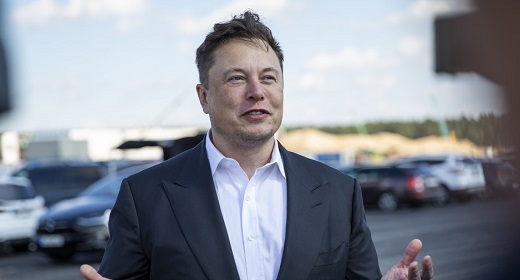 During Tesla’s first-quarter 2021 earnings call Monday, which mostly focused on the firm’s electric car and solar energy efforts, the CEO gave his full support to a policy that would introduce taxes on energy sources that produce carbon.

“The right thing to do, I think from an economic standpoint, and I think almost any economist would agree, is to have a carbon tax,” Musk said. “Just as we have a tax on cigarettes and alcohol, which we think are more likely to be bad than good, and we tend to tax fruits and vegetables less.”

The idea would mean that big polluters have financial incentives to reduce their emissions. The World Bank notes that the most common form is a tax on the carbon content of fossil fuels. At present, 25 countries have a carbon tax in place.

Musk went on to suggest that the tax could help accelerate the transition to sustainable energy:

“The same should be true, we should tax energy that we think is probably bad, and support energy you think is probably good. Just like cigarettes and alcohol versus fruits and vegetables. It’s just common sense. But on the plus side…I’m not suggesting anyone to be complacent, but sustainable energy, renewable energy will be solved. It is being solved. But it matters how fast we solve it. And if we solve it faster, that’s better for the world.”

It’s an idea that has support from the American public. A June 2020 poll by the Yale Program on Climate Change Communication asked respondents how they felt about a revenue-neutral carbon tax, where fossil fuel firms pay tax on their pollution and the revenue is used to lower other taxes by the same amount.

Joseph Majkut, from the Niskanen Center think tank, told the Financial Times that carbon taxes, unlike emissions targets, allow “market actors to respond to incentives and the idea is that they will do that very efficiently.”

President Joe Biden has not made a carbon tax a part of his environmental strategy, which aims to achieve net-zero emissions by 2050. Earlier this month, he announced a target to reduce economy-wide greenhouse gas emissions 50 percent from 2005 levels by 2030.

John Kerry, the special presidential envoy for climate, suggested this month that Biden could change his position on a carbon tax soon: “He [Biden] hasn’t decided or made an announcement about it, but we all know that one of the most effective ways to reduce emissions is putting a price on carbon.”

It’s not the first time Musk has voiced his support for such a tax. In a 2016 documentary produced by National Geographic, Musk told Leonardo DiCaprio that “if government sets the rules to favor sustainable energy, we can get there really quickly.”

Musk gave his support on Monday in response to a question about whether lithium-ion batteries are suitable for grid-scale energy storage. Renewable energy sources like solar and wind provide electricity intermittently when the wind is blowing, in the case of the latter. Tesla products like the Megapack battery can store electricity from these sources at industrial-sized installations, providing 24-hour clean energy.

THE INVERSE ANALYSIS — It’s no secret that Tesla is focused on clean energy. The first line of the firm’s about page declares that “Tesla’s mission is to accelerate the world’s transition to sustainable energy.”

There’s also a clear incentive for Musk to push for a carbon tax. Tesla plans to start rolling out a new 4680 battery cell, which offers benefits like a 56 percent reduction in price per kilowatt-hour. A carbon tax could make grid-scale battery storage more attractive, and Musk has previously stated his goal is to massively increase the size of Tesla’s energy business.

But for carbon tax supporters keen to reduce emissions, it probably doesn’t hurt to have one of the world’s most famous tech entrepreneurs offering their vocal support.