by Hazel Stones; There was nothing odd about Saturday, 30th of September, 2017… 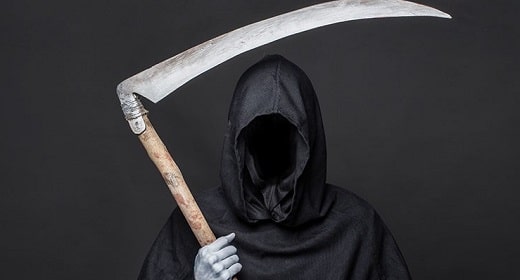 There was no eerie premonition of impending disaster or anything of the sort. On the contrary, it was a pretty good day. I was travelling the next morning so throughout that day, I had to run around sorting things out.

I had been seeing a therapist for a while. It wasn’t helping but it felt nice to talk to someone and have a friend (even if it was just make-believe and I was actually paying my ass off for it).

I planned to take my life eventually. I had a date and a plan but it was still a little far off and I knew that nobody would be able to change my mind so what did I stand to lose by talking to a therapist? Nothing….except my life eventually of course.

I had stopped doing art. The mere thought of picking up a pencil was so unbearable to me that I felt a burn in my chest when anyone brought it up. It seemed like I would die if I tried to do any form of art. It didn’t matter anyway, I was going to die soon.

That was my justification for agreeing to see a friend of mine who had shown interest in commissioning me to do some art pieces a while back. He had called earlier asking if I could come and look at the space and I agreed. Despite having had a long day, I told myself that I had to do this. I opened the taxify app and requested a ride around 8.

By 8:30, I was on my way to Victoria Island. This would be a brief meeting, I told myself. In and out because I needed to sleep. My ride had been uneventful so far unless you count the driver telling me he had driven me before — and me, remembering nothing of the sort, ignoring his comment.

I didn’t notice getting on 3rd mainland bridge. I mean I knew that we were on the bridge but it was a frequent route so there was nothing noteworthy about it. Not until I felt the impact. It all happened rather quickly — a bang, the sight of the Lexus SUV in my peripheral vision, another bang, a series of heart wrenching metallic sounds, the muffled sounds of people shouting outside, glass breaking, the sight of the railing and then….silence.

The car I was in had been hit by another car, a Lexus SUV — a hit-and-run basically. I was in the owner’s corner at the back and the first hit sent me flying forward-left, ramming into the back of the driver’s seat. Before I had a chance to feel anything, I was flying backwards to my starting position. I’ll probably never know if I made it back to my starting position because it suddenly felt like I was suspended in the air, phone in hand, as the car began to somersault.

The second hit followed and I was certain that it was time to die, right there on that goddamned bridge. It was bad enough that I was going to die before the day I planned, but I was going to do so in a Corolla? nah fam. Couldn’t be me.

Careening closer and closer to the edge of the bridge, the realization hit me with a force that would have taken the breath right out of me, if the accident wasn’t already doing that.

Sadly, there was no controlling the situation. The water would decide whether to take me or not.

We must have hit the railing up to 4 times. Death’s own little way of taunting us. But who could I blame? If I were death, I would swear that there is no greater entertainment than watching humans as they realize how ordinary and unimportant their entire lives have been.

How every layer of hubris and false grandeur dissipates upon imminent death. When you kneel before death, your true God in that moment and beg it not to take you. When you embrace the reality that all you care about is yourself and everything else is secondary and unmemorable in the moment.

I was way past that point.

In those few seconds when the air was still and I begged for life, it felt like I was in a meeting that I had unknowingly called. Like death spoke — truly spoke — for the first time to me. I had wanted to die for a long time and it felt like right then in that moment, I was being told to make a decision. Live or die. In reality, it must have been 5 seconds but it felt like minutes.

The car stopped somersaulting and now rested on it’s side. It was over. I was alive, we were alive. Death had laughed at us and retreated, until next time.

Several really important things happened during the course of the accident. Things that shaped my life after. It’s cliche af but that’s just how it is. Firstly, I confirmed how truly selfish I was at heart. I didn’t care if the driver made it. I had to make it.

Secondly, I realized that art wasn’t what I wanted to do with my life. Did I have an alternative at the time? No, not really but I would find one. I understood that people warn you about the obstacles that fall in front of you to make sure you never get to where you’re supposed to go. What they don’t tell you is that sometimes these obstacles can be good things too — like an art talent perhaps.

Finally, I didn’t know myself outside of depression. It drove me mentally, emotionally and physically. Outside of it, I wasn’t a person, just a bunch of elements that co-existed but weren’t joined together. It was like someone had forgotten to put the pieces of this puzzle together and the pieces were lying scattered, not too far from each other, but not too close either.

I was standing on glass trying to push the door (which was now above me) open. The driver spoke and for the first time since we were hit, I remembered that I wasn’t alone in the car. Someone opened the door above us and standing on the car were a couple of men, speaking in excited tones and stretching out their hands for us to grab and climb out.

It was like seeing men for the first time. These men were here to save me. I would not remember them in a few hours but they seemed so wonderful to me. I went through the rest of that night in a haze. The next morning, I flew out of Lagos. I had work to do.

The woman beside me in the bus was crying her eyes out, an overreaction in my opinion, only because I couldn’t react like her. The bus had stopped and she was looking out of the window, we all were.

The car behind ours had somersaulted into the other lane and cars on both sides had stopped moving. People were shouting and running towards the somersaulting car. It’s like a thing with a certain class of people in Lagos. They are ready to steal from you, cheat you and kill you but will race towards an accident scene, ready to save any life they can — and maybe steal from them in the process.

Ya life is important to you madam but ya GSM is not.

While the men chased the car, a trailer carrying a container began a slow sideways fall, onto another car. It fell so slowly that people continued to shout “Yeeeee” probably in hopes that their combined cry would somehow halt the trailer, mid-fall. It was pandemonium as people were now running towards the second accident scene.

Watching that car somersault felt like watching my accident from the outside. Were the passengers having their own meetings with death? I wondered.

Death was in the vicinity, either to taunt or to take. Maybe even both and for a second, it may have looked at me, smirked and turned away to its new toys. I was old gist…. for now.

I struggled with nightmares. No more art. No more depression. Somehow I had been cured. I wanted to live, and in the best way possible. My life wasn’t great but somehow, I knew that I would be okay.