Are You a Mystic? – Rabbi Rami Shapiro

by Rabbi Rami Shapiro: I have been asked that question countless times over the decades. 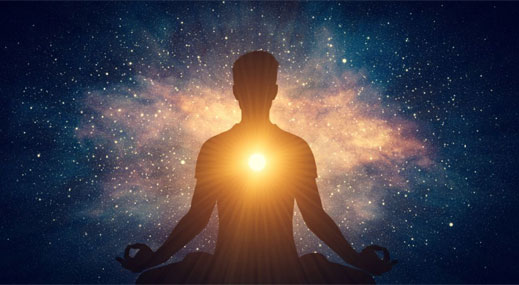 For most of that time, my response was a humble “no.” The term mystic just seemed too demanding, too self-serving, and—in a way—too aggressive. To be a mystic was to be enlightened and special, and I was neither.

My answer changed when a slightly different question was put to me: not “are you a mystic?” but “what is a mystic?” As soon as the question was asked, I knew the answer (or at least my answer): a mystic is a person who refuses to settle for a second-hand god. With that as my definition, my answer to the question about my being a mystic changed from a humble “no” to a simple “yes.”

I want to know God directly and not through a book or creed or tradition of any kind, so, yes, I am a mystic.

While I am a Jew and often use Hebrew words to refer to God, the God to whom I refer is not the Jewish god. The Jewish god chose the Jews as his [sic] special people to whom he [sic] gave his only revelation (Torah) and the deed to the Promised Land.

What is true of God is true of mystics as well: They point to a reality beyond tribalism, religion, caste, race, and politics.

This is why mystics are important and so necessary. It is also why they are so rare.