by Karen Nimmo: We can be inspired by them. Or, even better, copy them… 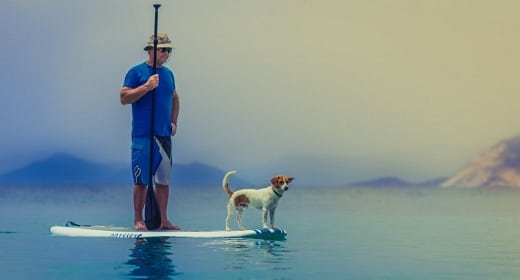 Calm, happy people seem to be in short supply.

To be fair, I spend my days working with people in therapy. In one way or another, they’re struggling. Most people don’t want to see a clinical psychologist when they’re on top of their game.

But even beyond the therapy room, out in the world, there’s a lot of struggle — angst and anxiety, frustration, fear, discontent and despair.

Of course we can blame the rolling fallout of the pandemic and the state of the world — war, climate change, chaos, uncertainty and economic pressure. That’s a given.

But when you add in the ordinary stress of everyday life, it’s quite a cocktail. No wonder mental health problems are soaring.

So when I run into someone who’s (consistently) calm and happy, I want to know what’s going on, what they’ve done to get there and how they’re maintaining it.

Here, according to research and my clinical take on it, are the traits the calmest and happiest people share.

And, on my better days, I try to copy them.

7 Traits of the Calmest, Happiest People

Perfection, be damned. Calm, happy people know it’s a crock; they know it’s a crutch for procrastination. They know that the quest for excellence and the quest for perfection are different things. They know excellence is a ladder you can climb — and keep climbing, even if you stumble on a rung or two. Perfection keeps you jumping for the top, raising the bar higher and higher — and permanently dissatisfied when you fail to reach those lofty heights.

“Have no near of perfection, you’ll never reach it.” — Salvador Dali

When they’re here, they’re not longing to be there.

Being present is essential to being happy. It’s surprisingly simple to anchor your attention on whatever, or whoever, is in front of you. Yet we don’t do it. We stay on our phones, we scroll, we live in our heads. The happiest people bring their whole selves to any occasion, even a simple task, a chore, a craft or a single conversation. When you spot someone doing this, watch and learn. It’s an art form and, if you can cultivate it, it will transform your life.

Engagement, not productivity, is their yardstick.

They don’t need to do, do, do, to feel good. They don’t need to jam the CV with achievements to feel worthy. They don’t need to live at pace — nor do they feel guilty if they’re not. They engage fully with the things and people that matter to them. They know there’s a million ways to spend time well, including sitting in the sun with a cup of coffee.

They don’t yearn for someone else’s life.

Even when someone else’s life flashes through their social media feed like a brilliant, white-toothed smile. They don’t carry envy in their tote bag. They hone in on what they have — not what they don’t. They don’t destroy their health chasing someone else’s dream. They are content with the life they have, the people in it and the way they are living it.

“Love looks through a telescope; envy, through a microscope.” — Josh Billings

Their philosophy is live and let live.

Which means they accept the immense variety and differences in the human race — amongst perceptions, views, choices and behaviours. They don’t judge others harshly or try to control them. Not their friends. Not their siblings. Not their kids. And never their neighbours.

“Every time I judge someone else, I reveal an unhealed part of myself.” — Anonymous

They know how to throw a party for one.

If there is reason to celebrate they don’t need to call in the troops. They don’t put the fun on hold until they can line up others to join them. They are able to induce good feelings in themselves all by themselves. And it doesn’t take much, they don’t need a big reason to party. They stay aware of life’s little pleasures and, when they show up at the door, allow themselves to sink into them.

“You need to let the little things that would ordinarily bore you suddenly thrill you.” ― Andy Warhol

They’re (intrinsically) okay with who they are.

A long time ago I met a woman called Barbara who dealt me a free lesson in happiness. She lived alone, had a disability that limited her movement and her advanced diabetes meant her physical health was failing. She’d been “sent” to see me by her worried GP who wanted me to introduce her to some healthier lifestyle behaviours. But Barbara didn’t want to change. She had a full life that she filled with things, and people, that made her feel relaxed, good and valuable. More than that, she liked who she was within that life.

Barbara ticked all the boxes on this list. She was — and remains — one of the happiest people I’ve ever met. And she taught me this:

Maybe liking the life you have is better for you than changing it.