GM Offers A Bullish Outlook For Its EV Business, Forecasting Profits In ’25 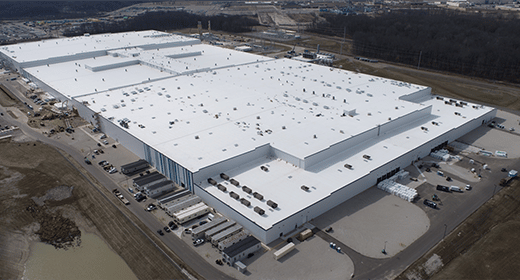 and that its EV capacity in the region could top 1 million units annually by then.

GM said in mid-November that it will have multiple entries in pickup, SUV and luxury segments that represent about 70% of EV industry volume, including the Chevrolet Silverado EV, Blazer EV and Equinox EV, the Cadillac LYRIQ and the GMC Sierra EV. It said that five assembly plants in the U.S., Canada and Mexico would build EVs.

Weeks earlier, the automaker pushed back by six months its goal of delivering 400,000 electric vehicles in North America by the end of 2023. GM CEO Mary Barra said during a quarterly earnings call that battery production could not be ramped up as quickly as planned.

She said it had taken longer than expected to hire and train some 1,000 workers needed to staff Ultium Cells’ first battery cell plant in Warren, Ohio, which began production in September. It also took longer to assemble the battery pack.

At its November 17 meeting with investors, the automaker offered an upbeat outlook for its BrightDrop startup, which it said is on track to reach $1 billion in revenue next year. A plant in Ontario is launching full production of a BrightDrop delivery van, and plans call to scale to a projected 50,000 units annually by 2025.

In addition, GM’s battery cell joint venture Ultium Cells will be operating plants in Ohio, Tennessee and Michigan by the end of 2024; a fourth U.S. cell plant is in the works, it told investors.

GM said it has secured “binding commitments” for all the battery raw material it needs to deliver its 2025 capacity target and is working to secure its needs beyond then with supply agreements and direct investments in natural resource recovery, processing and recycling.

The automaker said it expects to build 400,000 EVs in North America from 2022 through the first half of 2024 and grow capacity to 1 million units annually in North America in 2025. It said its U.S. battery cell capacity of more than 160 GWh and 1.2 million cells per day could be reached by mid-decade.

The company said it is working to cut cell costs for the next generation of its Ultium batteries to under $70/kWh by mid- to late-decade.