by Peter Johnson: 2022 has been the biggest year for electric vehicles in the United States on record as automakers go head to head to claim their position in the auto industry’s future… 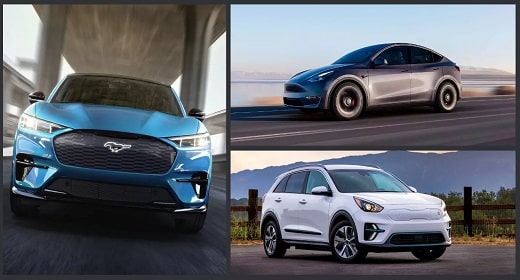 So, which automakers are winning so far? Here’s a breakdown of electric vehicle sales by EV model in the United States through the third quarter of 2022.

Electric vehicles are taking the US auto industry by storm as new models are introduced to the market, appealing to a broader market of buyers.

In the third quarter of 2022, electric vehicle sales continued to outpace their gas-powered predecessors, with a new record of over 200,000 EVs sold in three months.

EV pioneer Tesla remains the market leader, with 64% of the share, down from 66% in Q2 and 75% in Q1. The declining share was inevitable as legacy automakers look to catch Tesla’s success, racing to fill the growing demand for electric vehicles.

Ford, GM, and Hyundai brands are leading in this respect as they scale production of popular EV models such as the Mustang Mach-E, Chevy Bolt EV, and Hyundai IONIQ 5.

Despite rising prices (not just with EVs), US consumers are buying electric vehicles at a record pace. New government incentives, such as the EV tax credit provided in the Inflation Reduction Act, are expected to drive demand even higher in the next few years.

US electric vehicle sales through Q3 2022 by make and model

Cox Automotive released its quarterly US Auto Sales Report this week. Here’s a breakdown of US electric vehicle sales by model and their current market share. A dash (-) indicates either unknown, no sales, or the EV was launched this year, and there is no comparison to 2021.

Check out a few visuals below to give you a comprehensive overview of the US electric vehicle market so far in 2022. 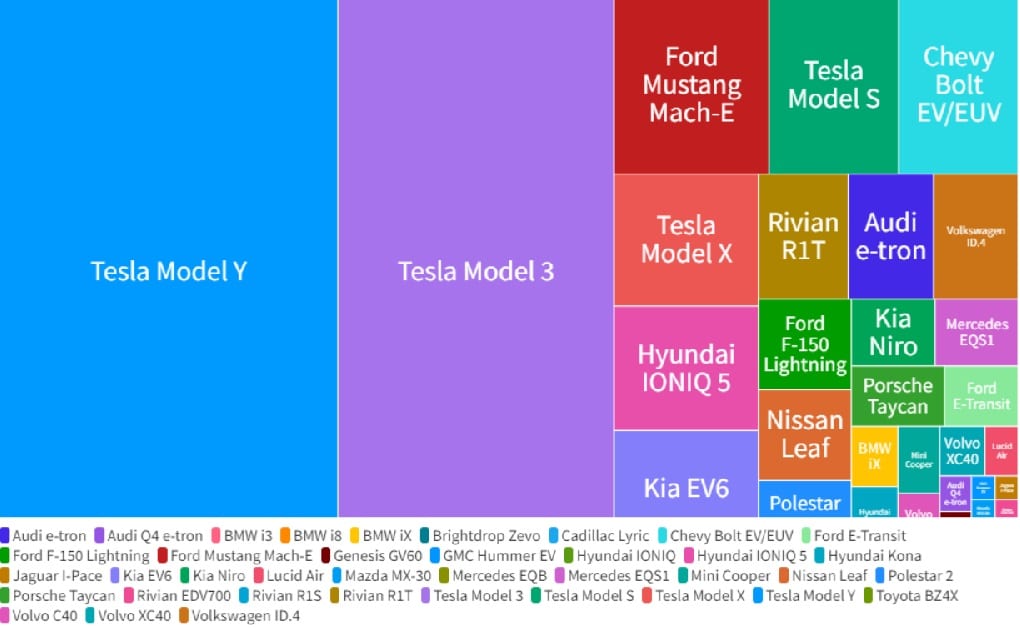 As you can see, Tesla remains the clear leader in the US market. However, with several new highly anticipated EV models beginning to roll out from other brands, the market is becoming more saturated.

You may notice some electric vehicle models, like Hyundai’s IONIQ or BMW’s i3, losing momentum as automakers set their sights on better opportunities.