The Clitoris Has 10,000 Nerve Endings

by Kaitlin Reilly: Here’s why experts say the discovery is ‘just the beginning’ for sexual health. 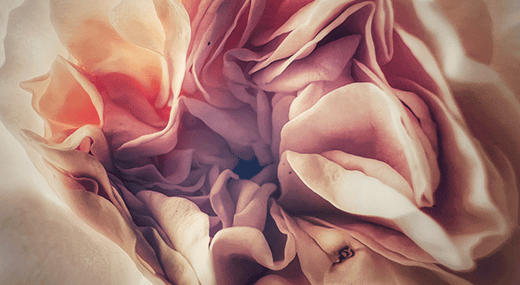 When it comes to sexual pleasure, there’s one spot on the female anatomy that tends to get the most attention: the clitoris. Yet despite the clitoris’s association with orgasms and female pleasure, not much is known about the organ. For years, the clitoris was said to have 8,000 nerve endings — stated as fact in the 1976 book The Clitoris by Thomas Lowry and Thea Lowry, who cited a study on bovines. Now, thanks to a new study led by the Oregon Health & Science University (OHSU), which was presented at an Oct. 27 conference hosted by the Sexual Medicine Society of North America and the International Society for Sexual Medicine, we know that there are actually a lot more nerve fibers packed into the tiny sexual organ.

According to the new research, that number is a whopping 10,281. By comparison, the palm of one’s hand has 17,000 nerve endings — in a much, much larger area. Yet this study on the clitoris provides more than just a fun fact — it also can have major implications for sexual health.

Why look for nerve endings in the clitoris?

There have long been questions on the validity of the claim of 8,000 nerve endings in the clitoris. Activist Jessica Pin, who lost sensation in her clitoris after a labiaplasty and has been outspoken since about the lack of knowledge of female genitalia in medicine, penned a Medium article in 2018 suggesting that the bovine study should not be used as a source for human beings. Yet in order to really analyze just how many nerve endings there are in a human clitoris, one had to, well, actually count them.

Dr. Maria Uloko, one of the study’s authors and an assistant professor of urology at UC San Diego and a urologist who specializes in the treatment of female sexual dysfunction, says that the inspiration for the study came from frustrations she was feeling with the lack of knowledge about the clitoris.

“If we look at the difference between what we know about the penis and what we know about the vulva, it is a stark, very concerning difference,” she shares. “I treat a lot of vulvar pain, and if you look at that demographic of patients, it usually takes four to five providers before they even get a diagnosis. When you look at the healthcare cost to those patients, it’s in the billions of dollars. For very common, treatable conditions, why is there such a barrier to care? So that was the question. I’m a researcher, and I’m an advocate and I’m just also pissed because I keep seeing the same thing.”

She brought her frustrations to her friend Dr. Blair Peters, an assistant professor at OHSU and a board-certified plastic and reconstructive surgeon who specializes in gender-affirming surgery. Uloko pointed out the “knowledge gaps” in what we know about female anatomy.

“I was like, ‘And they don’t even know how many nerves are in the clitoris! It’s from a cow!’ And Peters said, ‘I can get you those nerves … let’s quantify it,’” recalls Uloko. “That’s how this project came to be: It was me ranting at the right person, and having someone as skilled as Dr. Peters, who was willing to do this work with us. Our goal is to establish, and reestablish, the knowledge gaps in our anatomy and physiology, and bring attention to the fact that there is this disparity.”

How were the nerve endings identified?

Peters, one of the study’s authors, says they were in a unique position to study the nerves in the clitoris. Phalloplasty, which is the creation of a penis as part of gender-affirming care, is the only surgical procedure that requires cutting into the nerves of the clitoris.

“In that procedure, it’s routine to connect nerves in the penis centers in the groin, so people that have that surgery will have sensation and erogenous sensation recovering the penis,” Peters shares. “And — at least to the best of our knowledge prior to this work — the most powerful donor for that surgery was assumed to be the nerves of the clitoris, given its well-documented erogenous function. I initially started out doing some work to kind of quantify all of the nerves that I use in that surgery to determine if there were nerves that were better used in different combinations because we didn’t have that information before and there hadn’t been any standardized way to connect to those nerves.”

Following the conversation with Uloko, Peters designed the study and collected samples, and then collaborated with scientists at Washington University in St. Louis to count the nerve endings.

“A lot of different staining techniques are used,” Peters shares of how the nerves were counted. “The nerve samples are sliced by what’s called an ultra microtome to these very, very minuscule sections, that are then magnified over 1,000 times and counted basically with an automated software system.”

What are the implications of this study?

Trans healthcare, Peters stresses, is an integral part of how this study was able to be conducted. Calling their work on gender-affirming surgeries “helping someone physically actualize their internal sense of self,” Peters notes that trans healthcare is a vital part of this study’s findings and is critical to talk about, as so much anti-trans legislation is brought forward.

“If we start limiting care for one group, everyone else indirectly suffers too,” Peters notes.

Gynecologist and obstetrician Dr. Jennifer Conti, who is an assistant professor at Stanford University School of Medicine, says there is a huge disparity between what we know about the male and female sex organs. Studies like this one are a way to close that gap.

“Until only recently, everything we knew about sexual desire and function was based on historical works like that of Masters and Johnson, which largely centered on the cis-gendered heterosexual male perspective. Only recently have researchers begun to unpack how this is hugely different for different people,” she explains. “We are truly just beginning to understand the comprehensive picture that is female sexuality, and that includes our understanding of the clitoris. We didn’t even realize the full anatomy of the organ until 2005, which is embarrassing as a medical community.”

Dr. Rachel Rubin, a board-certified urologist and sexual medicine specialist, says historically, medical textbooks focused on male genitalia, while female genitalia was more of a “sidebar.” Female sexual health was almost always focused on the reproductive nature — not on sexual function. This study, she notes, could help change that. It also means people like Pin, who has not regained feeling following her labiaplasty, may be able to find proper healthcare, thanks to more knowledgable medical professionals.

“What this study does is that it shows that this work is possible,” she says. “When you understand something, and it’s exposed and people are aware of it, it will stimulate more research. This is just the beginning of the many questions we have to answer. How can we learn more about female sexual medicine and treatment options for arousal and orgasm disorders, anorgasmia, people who have been harmed by different surgical procedures and lost function — there’s a lot of work to be done. What this study shows is how incredibly dense the nerves are in the clitoris, similar to the nerves in the hand, even — this shouldn’t be ignored and forgotten.”