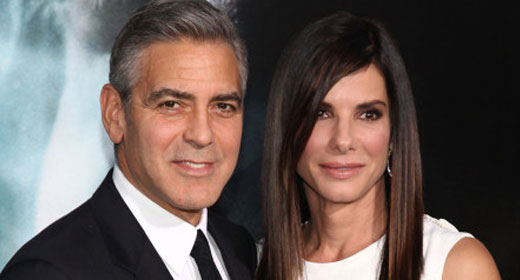 You know, the lucky ones who seem to be getting better and better with each passing year like a fine wine while some are just learning by trial and error.

Well, take heart you students of the School of Hard Knocks. The graceful agers aren’t aging better, they’re just aging smarter — and the secret isn’t necessarily in what they’re doing. It’s in what they aren’t doing. And as life expectancy continues to increase across the globe, there’s no time like now to look and feel better.

Lucky for you we’ve rounded up some of the things the graceful agers are avoiding. Scroll through the list below and feel free to share your graceful aging tips with us in comments!

Wearing Too Much Makeup 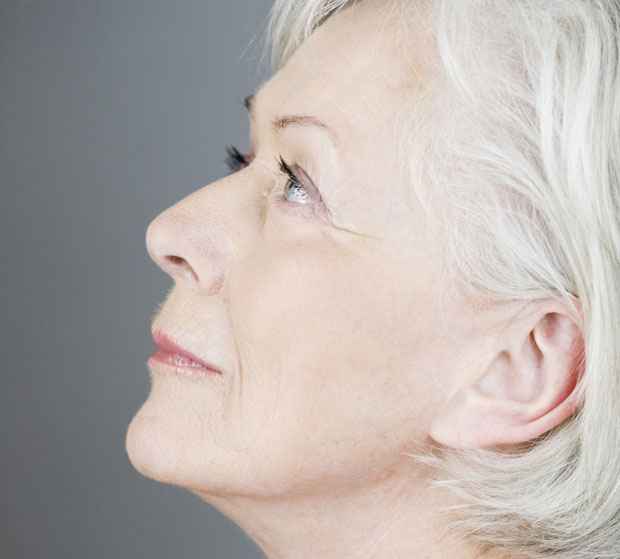 As you age, you might be tempted to overdo the makeup to emulate a more youthful appearance. But there’s nothing attractive about cakey foundation or spidery lashes. Makeup should only enhance your natural beauty not mask it. Mireille Guiliano, the author of “French Women Don’t Get Facelifts” stresses the importance of keeping your makeup clean and natural. “Stop trying to dress like your daughter or younger self… go lighter on the makeup. Too much makeup as we age generally makes us look worse, not better. Think thrice about drawing attention to your sags and wrinkles,” Guiliano wrote for Parade Magazine.

Eating Too Much Salt 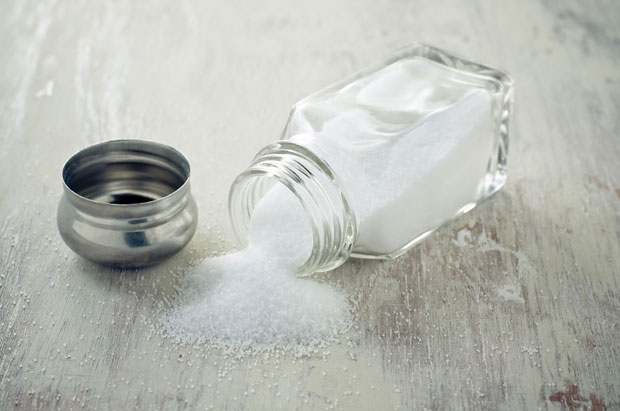 High blood pressure is one of many conditions whose likelihood increases with age. In fact, nearly two-thirds of Americans over 60 have high blood pressure according to the NIH. A high sodium diet is a trigger. And since aging gracefully isn’t just about your outside, we want to keep our insides healthy as well. Hypertension can lead to serious health complications like heart attack, stroke, and a decline in cognitive functioning. So don’t go dashing any extra salt on your meals and try to steer clear of anything with more than 20 percent your daily recommended value of sodium.
Negativity 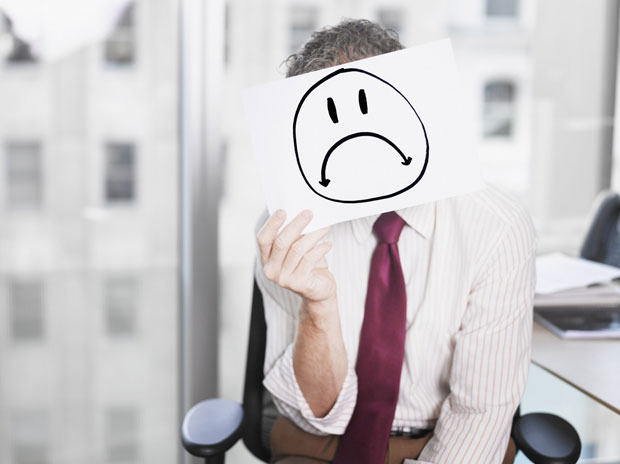 “I stay away from negative people, places and things. I always look positive, and am thankful for what I have,” centenarian Daisy McFadden told Forbes. But don’t just take Daisy’s word for it. Numerous studies have shown that positive people are less prone to mental decline and lead happier lives. As the Huffington Post reported, a 2011 survey found that older people who are happy have a 35 percent lower risk of dying than their unhappy peers. Positive people were also less likely to develop coronary heart disease, according to research at Harvard University. So cheer up, buttercup–that means no frowning (and fewer wrinkles).
Watching Too Much TV 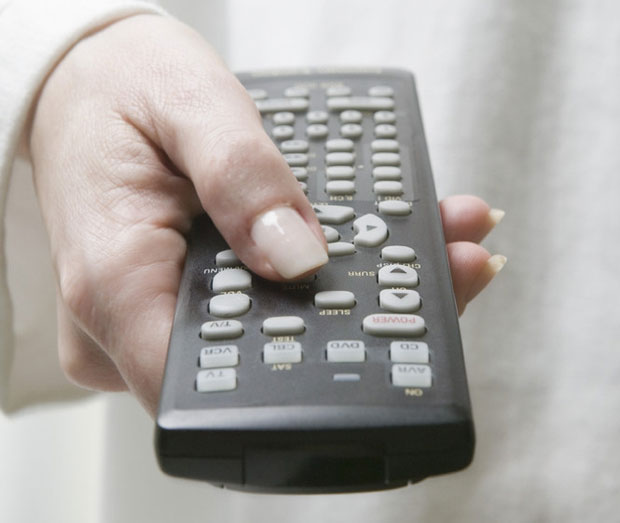 Getting a little too comfortable on the couch is unhealthy at any age, but particularly as you get older. Not only will valuable time slip right through your fingers and before your eyes, but you may be shortening your life. An Australian study found that for every hour of TV watched after age 25, people lose 22 minutes from their life expectancy. If that wasn’t bad enough, watching TV makes you vulnerable to several other aging pitfalls like a sedentary lifestyle and social isolation.
Excessive Sun Exposure 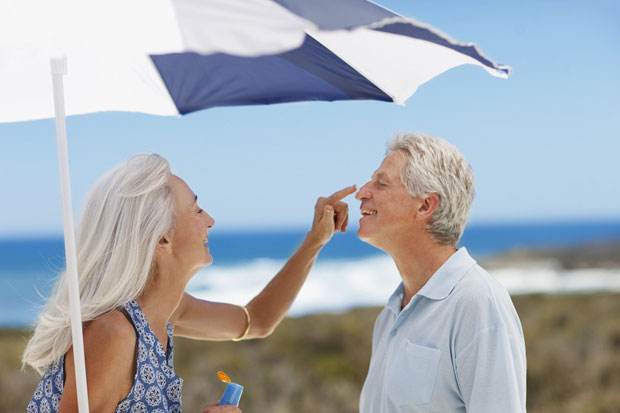 To some extent there’s no avoiding the lines and wrinkles that accompany aging. But if you’re getting too many rays without protection, you may be severely damaging your skin. Studies have shown applying sunscreen can protect your skin from wrinkles, sun spots, and loss of firmness or elasticity. And as we know, there’s no cure like prevention, so you’re better off trying to prevent aging with a little SPF than trying to reverse it with anti-aging potions. 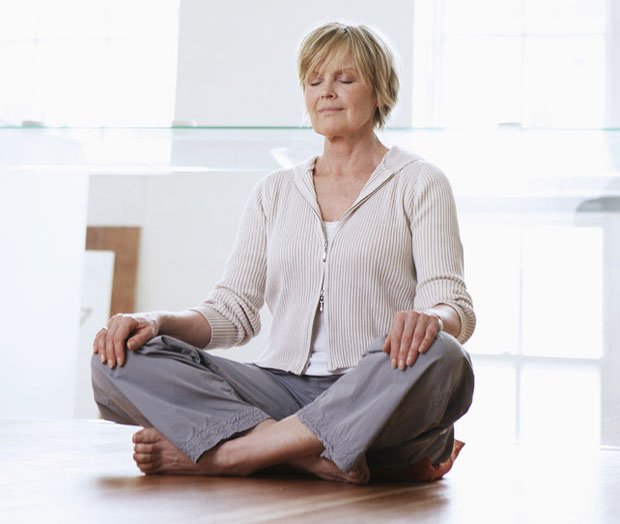 Getty
Life will always have its stresses, from family to work to finances. It’s unavoidable and can cause a barrage of health problems like sleeplessness, depression, and heart disease. Some studies suggest stress can make you appear up to 10 years older. But people aging gracefully have learned to manage their stress. Whether it’s meditation, exercise, or just taking a couple minutes for yourself everyday to unplug from technology and walk away from your desk, it’s highly beneficial for your insides and outsides to learn to tame your stress.
Overindulging Getty
Sure you should live a little and enjoy the occasional indulgence. But moderation is key in aging gracefully. Whatever your vice may be, whether it’s alcohol, fatty foods, sweets, or even soda, too much of a good thing can be a bad thing. Increased insulin and leptin, which control blood sugar and fat storage, are responsible for some major health conditions including diabetes, obesity, and high cholesterol. Eating a high fat diet, consuming excess sugar, and not getting enough exercise are all culprits. A poor diet can also increase free radicals in your body, which can damage your DNA and age you. 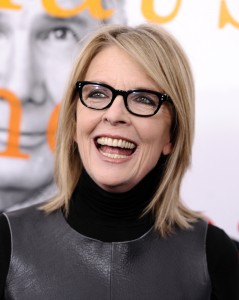 The actress told Huff/Post50 that with age has come more clarity and focus — attributes she said she didn’t necessarily have in her 20s and 30s.

“I think it gets more difficult as you get older because you’re facing the end and endings are … unbearable. Our lives are basically about facing that tragedy. And I think the sooner we face that we’re going to die, the easier it is to appreciate the moments in life… When we realize that our lives will end, we take less for granted. That is what I’ve learned from loss. The whole thing is a fantastic mystery so all we can do is appreciate each moment.” 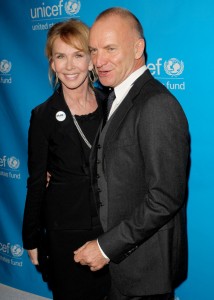 In addition to maintaining a healthy love life with his wife Trudie Styler, the musician throws himself into yoga and embraces a positive outlook on life.

“When you reach a certain age, you realize that life is finite. You can be depressed by that.

“When you reach a certain age, you realize that life is finite. You can be depressed by that, or you can say, ‘I’m going to appreciate every minute to its maximum potential.'” 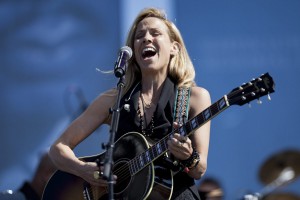 The cancer survivor told Health.com that she is enjoying the aging process:

“I definitely am embracing aging. When you shoot your face with Botox and stuff, you rob yourself of your ability to have youthful expressions, and that’s why sometimes people look a lot older.” 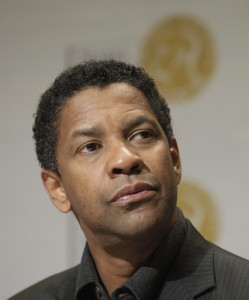 The actor has been refreshingly candid about both his accomplishments and his struggles as he ages. When Reader’s Digest asked him what one thing he’d change about himself, he answered: 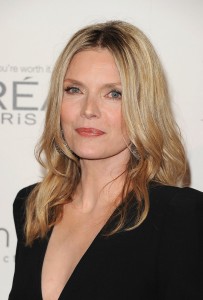 Pfeiffer is measured, but honest about how growing older makes her feel.

“Honestly, there’s certainly a mourning that takes place,” told the Los Angeles Times in 2009. “I mourn the young girl, but I think that what replaces that is a kind of a liberation, sort of letting go of having to hold on to that. Everyone knows you’re 50. So you don’t have to worry about not trying to look 50.” 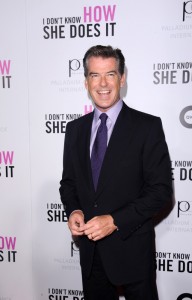 After being dropped as James Bond because, according to some reports, he was “too old” for the role, the actor had a positive take on things — embracing the unknown with gusto.

“Oh, it turned out very lucky,” he told Parade.”Within the space of the punch and the pain of being passed over or rejected or the bottom of your world falling out, within that same breath came this liberation of, ‘I’m free. I can do anything I want.’ It’s up to me to have the guts to make the next stage of my career as interesting and as exciting and unexpected as possible.”