by Deephak G.: We are an integral part of the animal kingdom; animals have the same right to exist as we do… 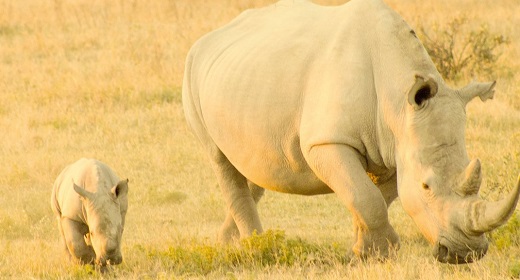 The significance of this fact seems lost on those people who do not understand the importance of protecting wildlife.

For far too long we have turned a blind eye to what has been happening in the name of Traditional Chinese Medicine (TCM). Unlike other traditional practices, TCM relies heavily on rare animals and plants. In fact, the rarer the animal, the higher its value –of course– and for some reason beyond our understanding, the higher “its medicinal benefits.”

WHY ARE ANIMALS USED IN TRADITIONAL CHINESE MEDICINE?

The use of animal products in TCM has its foundation in the concept of Qi or vital energy, known to yogis as Prana. To understand this part of the Chinese medicine we have to revisit history. During the Shang Dynasty, some 3000 years ago, a new philosophy emerged that would revolutionize Chinese medicine.

According to this school of thought –just like in the yogic traditions– Qi flows through pathways within our body, connecting different body functions and organs. This energy keeps the three pillars of the human body – physical, emotional, and spiritual in balance. Any change in the Yin ­–positive energy– and Yang –negative energy– disrupts Qi, leading to the manifestation of diseases.

Unlike Yoga which uses asanas, pranayama and other practices for healing purposes or Ayurveda, which uses herbs and plants for healing, TCM focuses on herbs and animals. Practitioners of TCM believe the use of animal parts in their medicines helps restore the energy balance and revitalize the body. Unfortunately, no animal is spared in the quest for better health. Snakes, dogs, seahorses, antelopes, scorpions, cows, sharks, tigers, rhinoceros, bears, and several more are hunted for the creation of these medicines.

CHINESE MEDICINE IS DRIVING THE EXTINCTION OF SEVERAL SPECIES

In China, development and prosperity are not solving the problem. Instead, the situation is getting aggravated, pushing more and more animals into the brink of extinction. Today, the bulging upper and middle class are ready to pay more for these traditional remedies. The use of traditional Chinese remedies containing such animal components have become a status symbol amongst the rich in China.

As demand increases, poachers in Asia, Africa and other parts of the world are only too willing to kill rare, endangered, and protected animals.

The population of tigers has declined heavily in the past few decades. This majestic animal, considered the epitome of power, ferocity, and grace is sadly the most sought after by TCM practitioners. Not just in China and other Asian countries, remedies that have tiger products are in high demand even in countries in the western hemisphere.

It’s heartbreaking, but almost all parts of this beautiful animal are used to treat different conditions. In TCM, tiger’s eye is used to treat epilepsy and malaria, and its brain is supposed to treat spots and reduce laziness.

Even though the Asian Black Bear and Sun Bear have been milked for their bile for over a thousand years, a serious decline in their population began in the 80s. Bile extracted from bears is used for treating bladder and liver diseases.

Even though the animals are not killed for their bile, the extraction process is shocking and cruel. The animals are shut in small cages and regularly drugged to keep them docile. To extract the bile, a small hole is drilled into the bear’s gallbladder and the bile is allowed to flow out. This monstrous extraction practice is not considered illegal in China.

These tiny water creatures are being harvested at an alarming rate to satisfy the global demand, which is showing no signs of slowing down. Seahorses are not part of the endangered species list yet, but if the current rate of exploitation continues, they will be, in under a decade.

In China alone, as many as 90 medicines contain seahorse and these remedies are used to treat several diseases including impotence, circulatory problems, and kidney diseases. Earlier attempts to encourage seahorse farming failed to contain exploitation of the species.

We know that the musk from Musk Deer is used to make perfumes. But, a greater threat to the animal comes from Traditional Chinese Medicine. More than 300 remedies contain the valuable musk, taken from the deer after killing it.

Currently, there are only 700,000 of Musk Deer. Demand for musk is quite high in China, as the remedies containing musk are used to treat abdominal pain, skin infections, blood circulation, etc. China alone consumes nearly 1000kgs of musk a year, extracted from around 100,000 musk deer. If the current demand continues the beautiful animal will face extinction in under ten years.

The Pangolin population, already under pressure from loss of habitat, is now facing a total wipeout due to Traditional Chinese Medicine. The animal has become so rare that a single pangolin fetches as much as $1000 in China.

Pangolins are hunted for their meat and hard scales, and the remedies made using these parts are used in the treatment of cancer, asthma, depression, anxiety, and malaria. Each year, hundreds and thousands of pangolins are smuggled into China from Myanmar, Philippines, and other countries of the world.

Demand in China can be blamed for the near extinction of several species of rhinoceros. Not more than a few thousand rhinoceros still survive in the wild. Skin, blood, horns, and even the urine of rhinoceros are used in TCM to make remedies to treat delirium, convulsions, fever, seizures, strokes, nosebleeds, etc.

In China, rhino horn is considered more valuable than gold. Rhinoceros have been hunted for more than two thousand years, but human greed may just push this wonderful and docile creature into extinction for good this time.

WHY EVERY ANIMAL SPECIES MATTERS?

It’s a human tendency to take things that do not concern oneself lightly. Some TCM users say, ‘why bother, we are never going to see a tiger in the wild. We can watch tigers and other wild animals on documentaries or visit a local zoo to have a glimpse in the flesh. So, what’s the big deal if we lose some animals to medicine? How does their extinction impact us? At least these animals serve a purpose – they help us improve our health.’

But their extinction does impact us.

The claim that remedies with animal products can treat ailments by influencing the Qi has its foundation in traditional beliefs and not hard science. But even if it did, would it justify killing animals when we could find alternative methods of healing?

Every animal species matters. The loss of even one species can disrupt the perfectly balanced ecosystem.

THE IMPORTANCE OF ANIMALS – THE WOLVES OF YELLOWSTONE

To illustrate the significance of each and every animal species and explain how the absence of one animal can affect the ecosystem, here is a real story.

For wildlife biologists, the cold day of January 12th 1995 was special. On this day, the first batch of eight gray wolves were introduced into Yellowstone. For the first time since the late 1920s, gray wolves roamed the Yellowstone landscape.

Indiscriminate hunting in the late 1800s and early 1900s wiped out the gray wolf population in Yellowstone. Even though the natural landscape of Yellowstone survived, it was an imperfect ecosystem. The lifting of predatory pressure led to the ballooning of the elk population and they stopped moving to other places. They fed on young cottonwood, aspen, and willow plants and the heavy browsing affected overall vegetation of the area. Without adequate vegetation, the Beaver population plummeted and without the natural dams that these animals created, the population of fish and water levels in the area decreased.

The reintroduction of wolves arrested the deterioration of the Yellowstone ecosystem. The fear of wolves pushed the elk population around, which improved vegetation. The return of trees brought back the beavers, which positively affected the stream hydrology of the area. Wildlife biologists hail this as a miracle unfolding in front of our eyes. They say it would take another 25 years to fully understand the positive impact the introduction of wolves has on the environment.

The absence of one animal species can have a huge impact on vegetation, resources and wildlife. The extinction of tigers, rhinos, pangolins, bears, etc. will have devastating consequences.

WHAT WE CAN DO TO CHANGE THINGS

TCM is rapidly growing in popularity in the US, Europe, and other Asian countries. The effect of TCM on wildlife is not something that only the Chinese people must worry about. We too can do our part by avoiding such medicines. Before opting for TCM remedies investigate how the medicines are prepared and what goes into the making of these remedies.

In recent years, China has become a popular tourist destination. If you are planning to visit the country, search, investigate, and prepare a list of hospitals that do not use Traditional Chinese Medicine. Similarly, be mindful of what you eat. Food items made using rare animals are a delicacy and hugely popular in China. Remember, drinking snake blood won’t help your libido. So, do not be tricked into consuming rare animals.

There are several international organizations working day in and day out to prevent wildlife trade, protect animals and their habitat. Join a group, become a friend of a wildlife organization, or become a volunteer and create awareness about the issue.

A majority of the organizations that work to protect wildlife do not get any support or backing of governments. If truth be told, these groups often take on opposing governments and powerful individuals. They risk their lives to protect endangered species.

Traditional Chinese Medicine directly depends on illegal animal trade; most of the animal products are illegally imported into China. Your country might be a source of some of the animal products used in TCM. You can approach your local lawmaker or representative and raise the issue of illegal trade in animal parts. You can for this issue to be raised in the correct forum, work to strengthen wildlife protection laws, and implement strict measures to stop poaching of endangered animals in your country.

In the midst of the gloom, these organizations bring in a glimmer of hope, come what may, they’ll continue their fight to protect wildlife and our future.

World Wildlife Fund: The most popular and widely known organisation, the World Wildlife Fund works to conserve nature. They empower and guide locals to protect their natural assets – animals, vegetation, and natural resources.

TRAFFIC: They are wildlife trade specialists who monitor wildlife trade. They fight against illegal trade of endangered or threatened species and help maintain a healthy animal population. They are present in several Asian countries including Pakistan, Vietnam, India, and China.

Environmental Investigation Agency (EIA): The organization fights crime against animals and the environment. It monitors and stops trafficking of wildlife, wildlife parts and products. They also sensitize local authorities and communities on this issue and empower them to protect their natural and animal resources. They also investigate illegal trade and help local enforcement agencies fight the animal trafficking menace.

Conservation International: They work hand-in-hand with governments and local communities to prevent illegal wildlife trade. They assist governments in framing strict regulations to protect animals and the environment. They also help rehabilitate animals rescued from traffickers. Under the rehabilitation program, the organisation successfully opened a center for pangolins in Cambodia.