by Birju Pandya: Is kindness just an old-fashioned value celebrated in kindergarten and then soon forgotten as one grows older and more ambitious — or is there more to it? 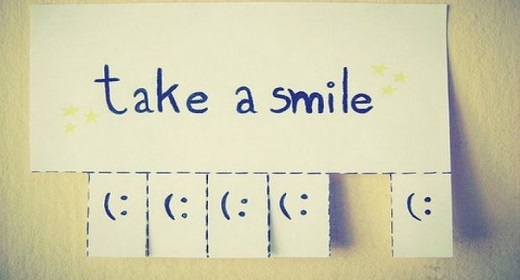 As increasing numbers of people look to live a purpose-driven life, research is beginning to reveal the tremendous rewards that come with living kindly. What follows are some of the most compelling recent studies on the topic of kindness, and the ramifications they hold for ourselves and our world.

“The biggest news is that we’re able to change something physical about people’s health by increasing their daily diet of positive emotion, and that helps us get at a long-standing mystery of how our emotional and social experience affects our physical health,” says researcher and author Barbara Fredrickson. The change only occurred in practitioners who became happier and felt more socially connected; for those who practiced just as much but didn’t report feeling any closer to others, there was no change in the tone of the vagal nerve. “We find that the active ingredients are two psychological variables: positive emotion and the feeling of positive social connection.”

2: Small shifts can grow our capacity for kindness:

A group of researchers at Northeastern University held a compassion training class for research subjects. Afterwards, one by one, subjects were called to attend a meeting. Before it began, they entered a waiting room with three chairs. Two were occupied by actors, leading the participant to sit down at the third.

“After a couple of minutes, a woman would walk in on crutches – wincing with pain – and lean against the wall. The actors looked away and didn’t give up their chairs,” says the researcher. Of those who had received the compassion training, around half stood up to offer their chair to the woman, and for those who had not, the figure was just 15%. They concluded that our willingness to help strangers is flexible, and can be shaped by small changes in perception.

3: Kindness can help the bottom line:

The single greatest advantage in the modern economy is a happy and engaged workforce. A decade of research proves that happiness raises nearly every business and educational outcome: raising sales by 37%, productivity by 31%, and accuracy on tasks by 19%, as well as a myriad of health and quality of life improvements. Yet even those companies that do take leadership training seriously still ignore the role that happiness plays in leadership effectiveness.

Says Shawn Achor, “To test the ROI of investing in happiness, I wanted to find a company in the midst of high challenge. In 2009, I chose the auditing and tax accounting firm KPMG, as they were about to be hit with perhaps the most stressful tax season in decades after the banking crisis in 2008. A brief three-hour training and a non-mandatory invitation to create a positive habit for 21 days created a high ROI not only in the short-term, but in the longer term as well.”

4: Your social community benefits from small acts of kindness:

Researchers, James Fowler, an associate professor of political science at UC San Diego, and Nicholas Christakis, a Harvard sociology professor, showed that when one person gave money in a “public-goods game” to help others, the recipients were more likely to give money away in the future. (Because the research participants were strangers and never played twice with the same person, direct reciprocity was eliminated.) The domino effect continued as more people were swept up in the tide of kindness and cooperation, according to the researchers.

In short, Fowler said: “You don’t go back to being your ‘old selfish self.'”

“Though the multiplier in the real world may be higher or lower than what we’ve found in the lab, personally it’s very exciting to learn that kindness spreads to people I don’t know or have never met,” Fowler said. “We don’t typically see how our generosity cascades through the social network to affect the lives of dozens or maybe hundreds of other people.”

History includes many examples of how working on oneself through a personal practice of kindness leads to larger social shifts. Even at smaller scales, in schools and beyond, this has been shown to happen. As we are increasingly in a world where most are unhappy in their day-to-day life, kindness offers an alternative for both personal benefit and potentially greater social benefit.

Take the 21-Day Challenge! Join thousands of others online for a 21-Day Kindness Challenge that kicks off on October 2nd. Watch as the ripples spread around you, to friends, family, and even strangers ultimately creating a better world one kind act at a time.

Through this challenge, you’ll receive a daily email with inspiration and ideas. You’ll join a vibrant online community of like-minded people from all over the world, and you’ll have a chance to share your experiences, read stories of what others are doing, share experiences over a teleconference, and support each other’s journeys along the way.

Together we can unleash a revolution of good. Register above for the 21-Day Kindness Challenge. Change Yourself. Change the World (As with all things offered on this site and the KindSpring site referred to above, this is a completely unconditional, non-commercial offering run fully by volunteers who are simply trying to grow in kindness.