Why Do Introverts Love Being Alone? Here’s The Science

by Jenn Granneman: I’m an introvert. That means I generally prefer books to parties and thoughtful conversation to shallow small talk… 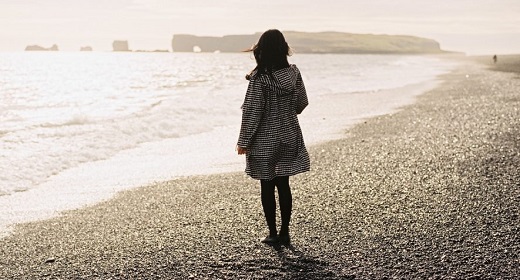 It also means, by definition, I love spending time alone. When friends cancel plans on me — even if I truly enjoy their company — I almost always feel giddy. For introverts, is there anything better than an unexpected night to yourself?

Like many introverts, when I don’t get that much-needed alone time, I feel frazzled, down, and mentally drained. Every little annoyance, like having to repeat myself to my significant other, seems magnified exponentially. I can’t think, I can’t function, and one minor irritation can catapult me into tears. When there’s a severe lack of downtime, I may even feel physically fatigued and unwell. Yes, the introvert hangover is real.

Why do introverts like me love being alone? And why does socializing drain us? Recent research suggests it has to do with dopamine, the “reward” chemical in our brains. Let’s take a look at the science.

When writing my book, The Secret Lives of Introverts, I spoke with Colin DeYoung, a psychology professor at the University of Minnesota who recently published a paper on introversion. He explained that one of the reasons introverts love alone time has to do with rewards.

Think of rewards as the gold stars your grade-school teachers slapped on your homework when you did well. For adults, rewards are things like money, sex, social status, social affiliation, and even food. When you get promoted at work or convince an attractive stranger to give you his or her phone number, you’re earning a reward.

Of course, introverts care about things like money, relationships, and food, too. But researchers believe that introverts respond differently than extroverts to the possibility of reward. When compared to extroverts, introverts are less engaged, motivated, and energized by the potential rewards around them. In other words, extroverts see rewards as big, juicy, perfectly seasoned steaks, while to introverts, they’re little more than celery and stale crackers (feel free to substitute your own favorite/least favorite foods in this comparison).

In fact, the same rewards that energize and motivate extroverts can exhaust, irritate, and even punish introverts.

Introverts Don’t Need as Much Stimulation

Take, for example, two friends — one an extrovert, the other an introvert — at a house party. They’re crammed into a room with many other people, and loud music blasts from huge speakers. Everyone is practically shouting to make their voice heard over the din. There are a dozen conversations going on at once, and a dozen things to pay attention to.

For the extrovert, this level of stimulation is just right. He sees possibilities for reward everywhere — an attractive stranger across the room, social recognition, and new friends. He feels energized and excited to be at the party. So motivated, in fact, that he stays late into the night. He’s worn out the next day and needs some downtime to recover, but to him, the energy spent was well worth it.

But for the introvert, this environment is simply too much. It’s too loud, there are too many things to pay attention to, and all the people in the room create a dizzying buzz of activity. The introvert simply isn’t interested (to the same degree as the extrovert) in the possible rewards around him. The introvert heads home early, where he watches a movie with his roommate. In his own apartment, with just one other person, the level of stimulation feels just right.

Why do introverts care less about rewards? Enter dopamine, a neurotransmitter. Found in the brain, dopamine has been dubbed the “feel good” chemical because it helps control the brain’s pleasure and reward centers. It enables us to notice rewards and take action to move toward them.

Dopamine also reduces our “cost of effort.” Socializing expends energy, because we have to listen, talk, and pay attention to a stimulus. Technically, socializing is tiring for everyone, even extroverts.

However, extroverts get a boost that introverts miss out on — according to DeYoung, they have a more active dopamine reward system. Dopamine energizes extroverts to pursue rewards. As a result, they can better tolerate — and often overcome — the tiredness that comes with socializing. They just don’t feel the same level of mental and physical fatigue that introverts experience.

Introverts Are Sensitive to Dopamine

Dr. Marti Olsen Laney, in her 2002 book, The Introvert Advantage, has a somewhat different explanation. She writes, essentially, that introverts are more sensitive than extroverts to dopamine. As a result, introverts simply need less of it to feel its pleasant effects. Too much dopamine, and introverts get overstimulated.

Extroverts, on the other hand, have a low sensitivity to dopamine, so they require lots of it to be happy. Activity and excitement increase dopamine production, which explains why they enjoy socializing and staying busy.

Interestingly, Laney writes, introverts may prefer to use a different brain pathway that’s activated by acetylcholine. This neurotransmitter is tied to long-term memory, perceptual learning, and the ability to stay calm and alert. Introverts enjoy spending time alone, turned inward, because of acetylcholine; according to Laney, it produces a happy feeling during thinking and feeling.

Another reason introverts love spending time alone may have to do with how much significance they place on people. A recent study found that extroverts were more stimulated by seeing people, but introverts paid more attention to inanimate objects.

The researchers studied a group of different people and recorded the electrical activity in their brains using an EEG. As participants were shown pictures of both objects and people, the researchers evaluated their brains’ P300 activity. This activity happens when a person experiences a sudden change in their environment; it gets its name from the fact that the activity happens within 300 milliseconds.

This doesn’t necessarily mean introverts hate people, but it could mean extroverts place more significance on people than introverts do.

As for me, you can find me at home tonight — happily enjoying a low-stimulus, low-dopamine night alone.