Best Music Lesson Ever: What Makes “Over Rainbow” Work

Seventy-seven years ago, Judy Garland first recorded one of the most iconic songs of the 20th century, “Over the Rainbow…” 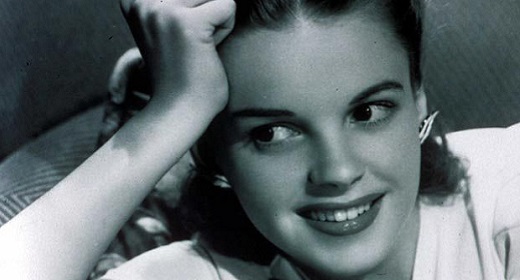 Written by Harold Arlen and E.Y. Harburg for the soundtrack to “The Wizard of Oz,” the song has endured because of its perfect portrayal of yearning, according to composer Rob Kapilow.

The secret is the dynamic between the two main ideas behind the song — “leap” and “circle and yearn.” according to Kapilow.

Garland, portraying Dorothy, sings the song in the beginning of the film as she dreams of escaping the flat, black and white landscape of her home in Kansas. The song’s first two notes illustrate this desire by making a full octave leap, symbolizing “a leap between two different worlds,” said Kapilow. The lower note for the word “some” corresponds to Kansas, while the high note on the word “where” represents the place Dorothy dreams of, Oz.

Next, the “circle and yearn” aspect of the song refers to the circular way the musical notes refers back to one another, followed by a subtle harmony representing the yearning Dorothy feels.

The final notes of the song, following the words “why, oh why can’t I,” end on a high C, once again representing Oz and foreshadowing Dorothy’s journey into fantasy.

The progression of the song causes the listener to feel the same yearning Dorothy feels. As Yip Harburg, who wrote the lyrics for the piece, once said, “Words make you think thoughts, music makes you feel a feeling, but a song makes you feel a thought.”