Fantastically Wrong: Why Is the Sky Blue? (Orgone)

by Matt Simon:I know of a simple box that can radically improve your health… 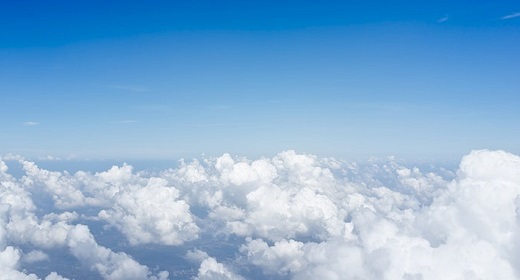 a device so powerful that the FDA once banned it and condemned its inventor to prison. But luckily, and quite graciously, its design has been left unpatented, free for all who might care to harness the mysterious “orgone energy” that pervades our universe. You can even get the 175-page instruction manual as a PDF here.

First things first: Your Orgone Energy Accumulator, as it’s known, must be big enough to comfortably seat a human being, and if you’re able to bury it in the soil, all the better, for the dirt only enhances the effects of the orgone. Its walls must consist of alternating layers of a metallic and a non-metallic substance, say steel wool and cotton. And the inner surface of the device must be bare metal of some sort.

When you’re done, simply enter the box, shut the door behind you, and take a seat. After a few minutes your skin will begin to tingle, and you’ll feel a sort of warming. Your heart rate will stabilize at a Goldilocks pace—neither too high nor too low. You will feel, in a word, enlivened. But take care not to stay too long. The minute you begin to feel nauseated, make your exit, for your body has been charged to capacity with orgone.

In the strange and colorful history of pseudoscience, Wilhelm Reich’s “discovery” of orgone—a substance that’s not only a life force, but indeed makes up the very fabric of space—must surely be a watershed. This is a story of a man who went from psychoanalysis wunderkind to enemy of Hitler to enemy of the US government, only to die a lonely death in prison. Yet somehow, almost a century later, his bonkers ideas live on.

How to Piss Off Hitler: A Case Study

Reich was born in Austria in 1897, and rode the rising wave of the psychoanalysis discipline in the early 20th century under the wing of his mentor, none other than Sigmund Freud, according to Martin Gardner in his book Fads and Fallacies in the Name of Science. He was a devout Marxist, and argued that the proletariat was so politically impotent because the workers were sexually repressed. Revolution, Reich claimed, could only happen with an uninhibited release of sexual urges. (It’s helpful, therefore, to think of him as Freud meets Lenin meets Larry Flynt.)

Moscow rejected his views as “rubbish,” but more importantly the Nazis took exception to Reich’s claims that like the proletariat, German fascists also suffered from sexual repression. He wisely fled to Scandinavia, and it was there that he discovered orgone energy, which he compared to Freud’s notion of the human libido, only on a much grander scale.

Orgone is everywhere, usually manifesting as the color blue. So the sky is blue not because molecules in the atmosphere scatter blue light better than red light, but because it’s positively saturated the orgone energy. Same with the oceans, and “the color of luminating, decaying wood is blue,” Reich wrote, “so are the luminating tail ends of glowworms, St. Elmo’s fire, and the aurora borealis.” And those rippling waves of heat you see coming off a hot road? That’s orgone energy as well, moving west to east faster than the Earth rotates.

When it comes to organic matter, according to Reich the building blocks of life are not cells, but “bions” that he claimed to have observed. Gardner explains: “It consists of a membrane surrounding a liquid, and pulsates continually with orgone energy. This pulsation is the dance of life—the basic convulsive rhythm of the love which finds its highest expression in the pulsation of the ‘orgasm formula.’” So you and me are essentially made up of lots and lots of tiny sexiness. And these bions reproduce asexually by division, just like bacteria.

As such, a cynic may rightly argue that Reich was indeed just staring at bacteria.

How to Piss Off America: A Case Study

Reich relocated to the US in 1939 and set up shop on Long Island. A year later, he invented the aforementioned Orgone Energy Accumulator, which concentrates the energy that’s going to waste all around us. It was, as one of Reich’s colleagues put it, “the most important single discovery in the history of medicine, bar none,” a lofty statement that’s perhaps immediately invalidated by the addition of “bar none.” For bedridden patients, there was even a blanket version, a sort of dome with additional layers of material placed under the mattress.

The therapeutic effects of the Orgone Energy Accumulator were nothing short of miraculous. “In severe cases of burns,” a pamphlet on the device claimed, “experience has revealed the amazing fact that no blisters appear, and that the initial redness slowly disappears. The wounds heal in a matter of a few hours; severe ones need a day or two.” The box’s concentration of orgone can even sterilize wounds, plus treat colds, arthritis, ulcers, and, yes, even cure cancer if caught in its early stages.

“Do what now?” someone at the FDA asked in the 1950s. In his instructions for building an accumulator, James DeMeo, who founded the Orgone Biophysical Research Library in 1978, notes: “Reich’s orgone energy experiments attracted the hostile criticisms of many in the medical community, and a smear campaign in the press triggered an investigation by the US Food and Drug Administration (FDA).” Instead of trying to reproduce Reich’s experiments, the “bureaucrats relied upon gossip and rumor.” And in a “judicial ruling that is, to the best of my knowledge, unique in American history, the FDA sought and obtained a Federal Court Decree of Injunction, which ruled that the orgone energy ‘does not exist.’” In so doing the court banned books containing the word “orgone,” which the ACLU was predictably none too happy about.

Reich was also warned against selling the accumulators. The FDA ordered all orgone literature and devices destroyed, and according to DeMeo, attacked Reich’s lab with axes (whether or not they released great blue clouds of energy in the process is lost to history). Reich continued profiting from the accumulators, though, and the court found him in contempt of the injunction. He was sentenced to federal prison, where he died in 1957.

Yet the theory of orgone did not die with him. DeMeo published his instructions for building a Orgone Energy Accumulator a full three decades later in 1989, and there’s currently a “university”—if you’re going to be liberal with the term—called the American College of Orgonomy that’s somehow small enough to fit in a PO box in New Jersey.

Far from a fringe movement, orgonomy has tallied its fair share of famous adherents. William Burroughs apparently swore by the therapy, though you should keep in mind that as far as his judgment was concerned, he also once had his wife balance a glass of gin on her head, then proceeded to shoot her in the forehead instead of hitting the glass. And Mark Mothersbaugh of Devo once said in an interview, apparently in all seriousness according to the interviewer: “You probably know this very well, but your orgone energy goes out the top of your head and it dissipates out the top, but if you wear an energy dome it recycles that energy.” Take that one with a grain of salt as well, considering this is the man who’s responsible for Devo. (Perhaps by some sort of cosmic coincidence, the “Whip It” video features a woman shooting a can of beer out of a man’s hand.)

The FDA’s assault on orgonomy may seem radical, but it was fulfilling its charge: protecting the American people from quackery. You can believe that the sky is blue because of orgone energy all you like, but as soon as you start promising miraculous cancer cures, you’re setting off down a wildly irresponsible and dangerous road. Like with homeopathy or any other number of medical pseudosciences, promising a ridiculous cure is putting lives at risk, when those patients should be utilizing the very real and very effective treatments of modern medicine.

So if you want, you can go ahead and build that Orgone Energy Accumulator and use it as a wardrobe or something. Just be sure you only hang blue stuff in there. Wouldn’t want all that energy to ruin your whites.