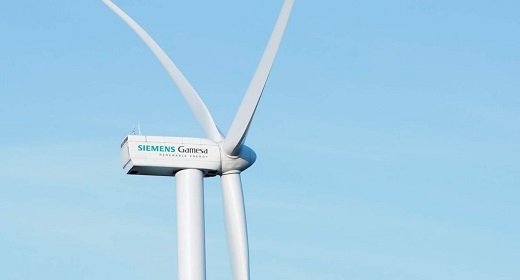 The Spanish Government has approved an ambitious draft climate law which seeks, among other things, to reach net zero emissions “no later than 2050, in coherence with the scientific criteria and the demands of the citizens.”

The draft climate law – which must now await Parliamentary approval – was proposed by Spain’s Ministry for Ecological Transition and the Demographic Challenge (MITECO), which is headed up by the country’s vice president Teresa Ribera, and follows the country’s declaration of a climate emergency earlier this year.

The draft law, once approved, would immediately ban all new coal, oil, and gas extraction projects, end fossil fuel subsidies, and lay out a pathway to generate 100% renewable energy and reach carbon neutrality by 2050.

Emissions must decrease by 23% on 1990 levels by the end of this decade, and renewable sources in the country’s total energy consumption must double to 42% – a target the government describes as being consistent with the EU bloc-wide target to cut emissions by between 50% and 55% by 2030.

The new draft also puts the country in a position to match with the goals of the Paris Agreement and the EU Green Deal proposed by the European Commission and which would see Europe become the world’s first net zero continent by 2050.

All new road vehicles would need to be zero emission by 2040 and plans will be made to increase low emission zones in urban areas, while facilitating walking, cycling, and greater use of public transport.

The draft law could feasibly generate more than €200,000 million ($A333 billion) worth of investments over the next decade and create up to 350,000 new jobs each year.

The legislation would also seek to take advantage of the widespread disruption created by the global COVID-19 pandemic.

“At a time when we have to tackle the recovery process against COVID-19, the energy transition is going to become a determining driving force to generate economic activity and employment in the short term, and to do so in a manner consistent with what we will need as a country in the middle and in the long term,” Ribera said in a statement.

The draft law proposes the country “take advantage of all the opportunities in terms of modernization of the economy, industry, job creation and investment attraction that opens the transit towards an inclusive prosperity and respectful with the limits of the planet.”

“We have identified the goals and tools, robust planning has been designed, we are confident that the energy transition will have positive impacts on our economy and well-being, and we know that they can begin to materialize immediately,” added Ribera. “This project gives, finally, an institutional framework to the action that Science and people ask of us, and it comes at a time when it is more necessary than ever.”

Other considerations present in the draft text include “measures that facilitate a just transition for the most vulnerable groups and geographic areas,” education and training in and about the global challenge of climate change, and strengthening climate governance through the creation of an independent Committee of Experts on climate change and energy transition which would be responsible for evaluating and making recommendations on energy and climate change policies and measures.