Breath: Breathing Advice From An Expert

by Kathryn Drury Wagner: Getting to know James Nestor… 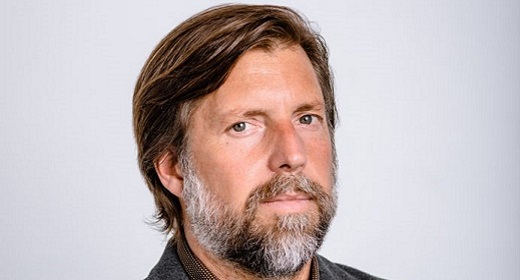 In his new book Breath, veteran journalist James Nestor explains the fundamental importance of how we breathe and why “the conclusion was always the same. When it comes to breathing, less almost always equals more.”

While researching his book Deep: Freediving, Renegade Science, and What the Ocean Tells Us about Ourselves, journalist James Nestor dove deep into the science of breathing, it’s affect on our health, and how to harness this basic need to the body to optimize our physiology.

S&H: Did writing your book Deep inspire you to write more about breathing, or was there another factor?

James Nestor: I first met competitive freedivers several years ago in Greece. I was stunned to see how these unassuming people could stay submerged for five, six, even seven minutes at a time and dive to depths below 300 feet wearing nothing more than a bathing suit. When I asked how they did it, they told me the key to breath holding, deep diving, and everything else, was to learn how to control your inhales and exhales. To breathe properly. They told me that breathing in certain ways could help us lose weight, boost immune function, expand the lungs, and significantly lengthen lifespan. It all sounded nuts, or at least, like gross exaggeration.

But I ended up spending the next few years in labs, medical libraries, and in the company of dozens of renowned experts who showed that these wild claims about breathing and the human body were, in fact, all true. The ancient Greeks, Chinese, Indians, and others had this knowledge for thousands of years ago, and Western science is just now catching up. Breathing really is a missing pillar of health, and how we do it really is as important as what we eat, how much we exercise, or whatever genes we’ve inherited.

Breathing really is a missing pillar of health, and how we do it really is as important as what we eat, how much we exercise, or whatever genes we’ve inherited.

S&H: You have a nice list of simple breath techniques in the back of the book. If a reader wanted to start with one as a first step, which one would you suggest?

Nestor: Modern humans eat too much food. That’s widely acknowledged. But few people consider that we also inhale and exhale way too much air. We’ve been taught that getting more air into our lungs can only be good for us, that it allows us to absorb more oxygen into our bloodstream and feed our hungry cells. The opposite is true. This is such a contrarian concept that it took me a couple years of digging and research and self-experimentation to really believe it myself. But the conclusion was always the same. When it comes to breathing, less almost always equals more. In that, I’d start off by breathing slowly, and breathing less. That’s two steps, I realize, but they’re both means to the same ends. (Listen to our calm breathing meditation here.)

S&H: The breath is both sacred (we use terms such as “her dying breath”) and forgotten during daily life. Are there ways to be more mindful of breathing, in between those two extremes?

Nestor: For sure. The point of being healthy, after all, is to enjoy life. If you’re spending so much of your life planning and stressing about what’s the healthiest way to do anything—whether it is eating, exercising, or breathing—then I think you’re defeating the purpose of healthy living! That’s a long way of saying breathing techniques, like so many other things, are best practiced in moderation.

A technique I use are “breathing timers.” When I’m sitting at my desk, which is always, I like to set a timer to go off every hour. This reminds me to sit up straight and start drawing six-second inhales (through the nose, always through the nose) and a six-second exhales. Do this at least 10 times, many more if possible.

This technique, called resonant breathing, puts the cardiopulmonary system in a state of balance: circulation increases, more oxygen shuffles off to hungry tissues, and the systems in the body lull into a state of peak efficiency. After a while, the body will become acclimated to this slow and consistent breathing pattern and you’ll find yourself unconsciously inhaling and exhaling this way more and more the longer you practice it. It’s such a simple technique, but, as I’ve seen so many times in so many people, it can be wholly transformative.

S&H: You met a lot of very interesting people while researching your book. Who was one of your favorite subjects to interview?

Nestor: They were all fascinating in their own ways, of course. But I think the most unexpectedly intriguing characters were the dentists: Drs. Marianna Evans, Ted Belfor, and Scott Simonetti. My previous experience with dentists were with rather unassuming people who polished teeth and tortured gums. This new breed of dentists is much more focused on breathing, specifically how ours heads have “devolved” in ways over the past several centuries to make us the only species in the animal kingdom to have mouths so small that our teeth no longer fit: they grow in crooked. A small mouth also means less room for breath. And it’s why so many of us have breathing ailments, from congestion to sleep apnea, even seasonal allergies to ADHD. The first step in any healthful breathing is to clear the pathway, which is what this new breed of dentists do.

S&H: How did people respond when you told them you were writing a book about breathing?

Nestor: They looked very bored. I realized I’d have only a few seconds of their attention before they would change the subject to politics or something, so I always tried to hit them with some off-the-wall bullet points. I’d quickly explain that breathing is not binary, it’s not “breath, live; stop breathing, die.” It’s not that we are breathing that’s so important, but the how and why that’s so vital to health, happiness, and longevity.

What happens to the body when we breathe poorly, too much and too often? What happens when we change our habits to breathe properly, slowly and less? How do those 25,000 inhales and exhales we take every day affect our brains, bodies, and blood right down to the atomic level? It’s that backstory—the history, the characters, the ancient texts, and modern medical research—that I found so fascinating. If after that I’ve still got a sympathetic ear, I’d show them exactly why they’re breathing wrong and what they can do to fix it.

S&H: Do you feel that the mainstream medical way of looking at respiration is changing as the result of your book or the researchers you spoke to for it?

Nestor: It’s been changing for the past several years. As a science journalist, my job isn’t to be a catalyst for change but a fly on the wall, to go into worlds and report back as accurately and objectively as I can. I certainly had no agenda on this subject going in. Having said all that, it was a thrill to connect the dots alongside these pulmonologists, rhinologists, anthropologists, and medical history experts. I had the luxury to spend weeks and months digging into the shadowy corners of research that these professionals had neither the time nor capacity to pursue. In several instances, these “new” concepts I’d help introduce changed their thinking, and sometimes their practice. To me, that was the highest compliment. Science, after all, isn’t a race to a finish line. There is no line; science has no end. It’s about continually pushing the ball forward and learning together as we go.

S&H: We loved Breath! What topics might interest you for future popular-science reporting?

Nestor: I’ve collected quite a laundry list of ideas, but just don’t have the time to tackle them. Right now I’m trying to focus on a subject with the widest breadth: that mix of forgotten history, eccentric characters, and modern reassessment that I find so intriguing. One topic in particular has really piqued my imagination. I can’t tell you exactly what it is, beyond that it’s something everyone reading this is doing right now, and it’s even more misunderstood and overlooked than breathing. For some reason, these subjects seem to find me, or, maybe there’s some invisible thread pulling me into these subjects. Either way, everyday I wake up grateful to spend my days (and too many nights) being curious about the wide and weird world and our place within it.