by Kris Wetherbee: Immune system support to get you ready for fall and winter… 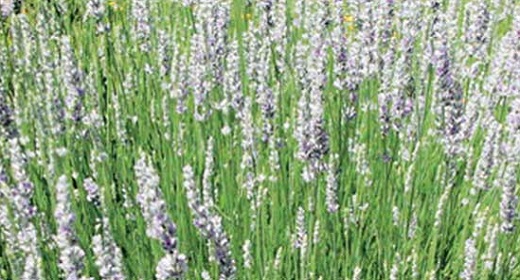 The last decade alone has seen an influx of infectious diseases and virulent strains increasingly unaffected by conventional treatments. Overuse and abuse of antibiotic medicines and antibacterial products have turned the war on germs into a war on humankind as once-common bacteria and viruses mutate to new levels of resistance. According to an article in Science (August 1992), “doctors in hospitals and clinics around the world are losing the battle against an onslaught of new drug-resistant bacterial infections and other diseases that are costly and difficult, if not impossible, to treat.”

You may not be able to avoid the onslaught of bacteria, viruses and other germs capable of wreaking havoc in your body. However, you can take the offensive by revving up your immune system so your body can more effectively resist whatever diseases come your way.

Everyday life is full of encounters from any number of pathogens and foreign substances that can infiltrate and attack your body. Your immune system defends your body against these invaders. An intricate network of cells, tissues and organs, your immune system fights back by detecting and destroying any substance that doesn’t belong in your body.

But when your immune system is compromised, a breakdown occurs that can make you more susceptible to diseases and infections. Physical, psychological and social factors ranging from sustained stress and environmental toxins to poor diet and lifestyle choices can leave your body running on empty. For example, high cholesterol and alcohol can suppress immune activity that fights infection, and sustained stress affects hormone levels that regulate immune functions. Refined sugars and excess natural sugars can weaken your immunity as well. According to a 1977 study published in the American Journal of Clinical Nutrition, drinking 24 ounces of sugary soda depressed infection-fighting white blood cell activity by 50 percent for about five hours after consumption.

Fortunately, nature has provided plants that can enhance and restore immune function. Scientific studies are verifying the immune-boosting and antimicrobial actions of botanical medicines and their synergistic mix of plant-based chemicals that may help prevent diseases from colds to cancer.

Stress is a necessary fact of life and unavoidable at best. At its worst, continual stress can run down your immune system, leaving the gates wide open for infectious invaders. In fact, stress has been shown to suppress immunity up to 60 percent. However, there is an upside. A UCLA study concluded that any reduction in stress improves immune system function.

Besides directly supporting your immune system, herbs can indirectly improve immune status by helping your body cope with stress and its effects. Asian ginseng can help fortify during times of mental or physical fatigue. Siberian ginseng is useful when dealing with environment stressors such as excessive noise, air pollution or working overtime. Help for frayed nerves can be found in herbs that calm anxiety, such as reishi, gotu kola (Centella asiatica), chamomile (Matricaria recutita), lavender (Lavandula angustifolia) and passionflower (Passiflora incarnata).

Stress also can keep you from getting a good night’s sleep. Researchers found that when sleep is disrupted, the numbers of natural killer cells decrease, thereby weakening immune function. Herbs can help for those fitful nights when sleep evades you. Valerian (Valeriana officinalis) has been shown to improve sleep quality and reduce nighttime awakenings; hops (Humulus lupulus) acts as a sleep inducer; and skullcap (Scutellaria lateriflora) puts worries to bed, so you can get a good night’s rest.

One of the most popular is echinacea, which contains a number of antioxidant compounds and immune-stimulating constituents that can help the immune system fight off illness. According to a University of Florida study, echinacea was shown to stimulate threefold the activity of infection-fighting immune-system cells. Taken at the first sign of illness, the dosage can make a difference between you beating the bug or the bug beating you. “Three to four capsules a day is inadequate when you get sick,” Majid Ali, an herbalist and acupuncturist in Santa Monica, California, says. When symptoms are really bad, Ali has his patients take one or two capsules (300 to 400 mg each) every hour or two for the first 24 to 48 hours (until they feel better), then continue with one or two capsules four times daily for three to five days after symptoms disappear.

Garlic is a potent antioxidant packed with antimicrobial compounds like cancer-fighting sulfur and the immune-boosting mineral selenium. Perhaps the most beneficial compound in garlic is allicin. Heating or cooking garlic inactivates the enzyme that produces allicin, but if garlic is chopped and allowed to sit for 10 minutes before cooking, enough allicin is formed to maintain the healthful benefits. Exposing garlic to heat for as little time as possible (lightly sautéing, for example) will help retain its enzyme activity. Of course, the best way to enjoy the healthful properties of garlic is to consume one raw clove a day, but many people find raw garlic difficult to digest.

Active antioxidants also can be found in green tea, Asian ginseng and eleuthero. In studies, green tea has shown the ability to modulate immune function. Preliminary research suggests that the amino acid L-theanine works to boost the capacity of specific T cells that act as the body’s first line of defense against infection. Asian ginseng improved immune response according to one Italian study conducted at the University of Milan, and the results of a German study demonstrated a drastic increase in the number of immune cells in healthy volunteers taking eleuthero.

Fighting a Cold or Flu

Immune-boosting herbs are most effective when taken as preventives or at the very first sign of illness. Though prevention is preferred, there will likely be times when outside forces get the better of your immune system and you end up succumbing to the seasonal cold or flu. Herbal antibiotics like echinacea, garlic and licorice can help you fight back. Goldenseal (Hydrastis canadensis) and Oregon grape (Mahonia aquifolium) contain phytochemical compounds, including berberine, a natural alkaloid that increases infection-fighting white blood cells.

If your medicinal cupboard is bare, you may still find relief in your herb and spice rack. The astringent and antiseptic tannins found in basil and sage are great for reducing oral inflammation. Try a warm sage tea and salt gargle to cool down the pain and inflammation of a sore throat. The menthol in peppermint and the anti-inflammatory actions of capsicum — found in cayenne — make powerful decongestants for opening up mucous membranes.

While the name recognition of these botanical wonders may not be as common as the familiar five, their immune-enhancing qualities are just as significant. Elderberries (Sambucus nigra) contain anthocyanins, a group of antioxidants that increase the production of cytokines, which help protect the body against disease. Studies published in the Journal of Alternative and Complementary Medicine also suggest that elderberries actually can prevent a number of viral strains from replicating.

Ashwaganda (Withania somnifera), an Ayurvedic herb also known as Indian ginseng, is said to have adaptogenic properties that improve the body’s ability to withstand adverse conditions while normalizing its immunity functions. Several animal studies conducted in India on the immune-boosting effects of ashwaganda have shown a significant increase in white blood cell counts and platelet counts.

Schisandra (Schisandra chinensis) acts as an adaptogen as well, according to Earl Mindell, Ph.D. (www.healthierlife.freelife.com), author of Prescription Alternatives (McGraw Hill, 2003). “Schisandra has a stimulating effect on the central nervous system without causing heart palpitations or anxiety,” Mindell says.

Rhodiola (Rhodiola rosea), also known as arctic root, is yet another adaptogenic herb that restores normal functioning of the immune system. “Almost everyone in the country could be helped with this herb, as adrenal exhaustion is so common, especially if you consume caffeine,” Mindell explains. “It helps the body cope with stress, which I think is one of the biggest problems Americans face.”

Astragalus (Astragalus membranaceus) not only functions as an adaptogen, it also stimulates natural killer cells and elevates interferon, a protein that prevents viruses from replicating. The outcome of one study (published in World Science) involving 1,000 people with lowered immunity resulted in fewer colds and reduced symptoms after taking astragalus. Astragalus also holds promise as an anti-cancer agent. Researchers at the University of Texas Medical Center in Houston were able to completely restore the function of cancer patients’ damaged immune cells using astragalus extracts in an in vitro study.

Studies involving the immune-activating properties of fungi may still be in their infancy, but specialty mushrooms have been used in Oriental medicine for more than 2,000 years. Medicinal mushrooms are rich sources of the active anti-cancer agent beta-glucan, a polysaccharide that activates immune cells and increases antibodies that regulate the development of defense responses. Reishi mushroom (Ganoderma lucidum) is a noted antioxidant that has demonstrated antibacterial effects against strep and the bacteria that lead to pneumonia. Cordyceps is another immune-modulating medicinal mushroom that possesses anti-tumor properties and stimulates tumor necrosis factor, a cytokine protein that destroys cancer cells.

Usnea (Usnea spp.), a lichen born from a symbiotic union between fungi and algae, is a powerful immune stimulator. A study published in the Romanian Journal of Physiology found its broad-spectrum antibiotic activity to be more effective than penicillin against certain bacteria, without destroying the good bacteria normally found in the intestines. Its mucilage action also helps shrink swollen mucous membranes and is great for soothing sore throats.

Let’s face it: Vital nutrients necessary for maintaining a healthy immune system are sorely lacking, perhaps even nonexistent, in the high-fat and sugar-laden highly processed food culture of today. Combined with the onslaught of chemical residues and added foreign substances, it would seem that the average diet is starving for essential vitamins and minerals needed for proper immunity.

Many vegetables and fruits are rich in beta-carotene, especially sweet potatoes, carrots, winter squash, broccoli, cantaloupe and apricots. Vitamin C functions as an antibacterial and antiviral player, and powerhouse sources of this nutrient include oranges, sweet peppers, strawberries and kiwis. Vitamin E is a well-known antioxidant that also takes part in regulating immune function. Whole grains, nuts and seeds are some of the richest sources.

Selenium-rich foods include seafood, whole grains, organ meats, garlic and onions. Zinc helps boost immune response, and foods like turkey, lean lamb and beef, liver and pumpkin seeds can boost levels of zinc, a mineral U.S. Department of Agriculture studies have shown is lacking in the diets of 83 percent of American women. Antioxidant-rich carotenoids, such as lycopene and lutein, may help enhance immune response and protect immune cells from oxidative damage. Some of the highest food sources for lycopene include tomatoes, red grapefruit and watermelon. Abundant sources of lutein can be found in leafy green vegetables, such as spinach and kale.

Remember that pre-existing health conditions — from hypertension to cancer — as well as prescription medications, menopause and pregnancy can have a direct effect on what herbs are best to take, along with when and how to take them. For example, licorice (Glycyrrhiza glabra) can be used as a preventive for colds and flu but would be inappropriate for someone taking high blood pressure medication.

Timing also can play a crucial part in infection prevention. “Some herbs, like echinacea, are natural antibiotics, and if taken continuously, they lose their efficacy,” Ali explains. During cold and flu season, Ali advises his patients to take echinacea for just one week, followed by two weeks of astragalus and reishi. A second rotation of echinacea/astragalus is then followed by a week off of the herbs.