by Candice Jalili: All right, so you just went through a breakup… now what? 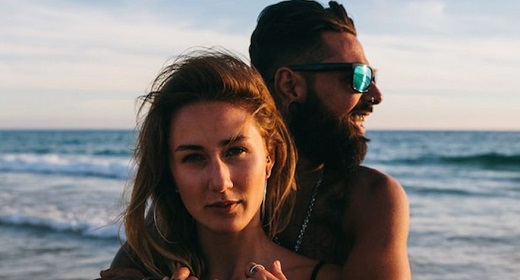 Are you supposed to just completely cut the person you’ve spent the large majority of your time with for months (maybe years) out of your life completely?

No matter how brutally it ended, you can’t deny, at a certain point in life, this person was your best friend.

Now the question remains: Are you going to keep them around as just a friend?

I talked to Dr. Niloo Dardashti, a psychologist and relationship expert in New York City, to find out exactly how to tell if you’re ready to be friends with your ex.

First, give yourself some time.

Before you jump into a friendship with your ex, Dr. Dardashti urges you to give yourself some time to get over the romantic aspect of your relationship.

“Most of the time, it would probably be a good idea for you to take some time to really recalibrate,” Dr. Dardashti explains.

As for just how long you should take to get over it, it really depends on your specific relationship:

Maybe, for the longest time, the two of you had mutually felt like it was no longer there. You might be able to be friends a lot quicker than another couple who has a situation where one of them is still into the other one.

The bottom line is, it doesn’t really matter how long it takes. It could be weeks, or it could be years, but you need to make sure you’ve both fully moved on.

Dr. Dardashti tells us, “Once you feel like you’re both over the romantic aspect of the relationship, then it might be a good time to get the friendship going.”

OK, so you feel like you’ve waited enough time, but how do you know for sure that you’re over the romantic aspect of the relationship? Dr. Dardashti hooks us up with some questions to ask ourselves when we reach this point.

First and foremost, Dr. Dardashti begs the question, “Does one of you feel like you’re still in love with the other person?”

If the answer to that is yes, it’s obviously not a good time to pursue friendship.

And if you’re the one who still hasn’t completely fallen out of love, Dr. Dardashti warns you’ll have to face the “difficult hurdle” of watching the person you’re in love with move on with someone else.

Does one of you feel like you’re still in love with the other person?

But if the other person is still in love with you, the problem is then obviously reversed.

Do you really want to put someone you care about through the pain of watching you move on with someone else? That doesn’t seem like something a friend would do.

Next, Dr. Dartashti urges you to ask yourself, “Why do I want to be friends with him?”

Is it because the basis of your relationship was always a friendship, and you can’t really imagine your life without him? In that case, wanting to be friends is fine, but make sure you’re being honest with yourself that friendship’s all you really want.

In fact, Dr. Dardashti strongly warns against lying to ourselves when it comes to the motives behind befriending our exes:

If you’re not being honest with yourself that that’s all it is, it’s important to know that and be prepared that you might be friends with your ex with the hope that it’s going to re-enter the romantic zone … and you may find yourself feeling disappointed over and over again.

We’ve all been there: that moment you’re trying to convince yourself it’s totally cool to be friends with your ex, even though that tiny voice in the back of your head is telling you it is TOTALLY AND COMPLETELY UNCOOL.

The only person you’re screwing over when you don’t listen to that inner voice is yourself. Don’t ignore it, and be completely honest with yourself.

Now, if you ask yourself these questions, and you’re being totally honest with yourself when you say the thought of him showing up with his new fiancée doesn’t make you want to absolutely VOM, go ahead and pursue the friendship!

Finally, make sure the friendship doesn’t get out of hand.

OK, now, you’ve spent some time apart, you’ve done the self-reflecting (or you haven’t) and, finally, you and your ex are “just friends.”

That’s great! Good for you guys!

But don’t forget to check in with yourself from time to time to make sure this friendship isn’t getting in your way.

Dr. Dardashti warns, “If it’s stopping you from moving on or becoming close to somebody else because you’re just so comfortable, then maybe it makes sense to look at why you’re focusing on that friendship.”

If that’s the case, then it’s probably time to ask the dreaded questions none of us want to ask ourselves, “Do you still have feelings for this person? Is that why you’re spending so much time with them?”