The Six Foundations Of The Natural State Of Meditation

by Chad Foreman: The Natural State… 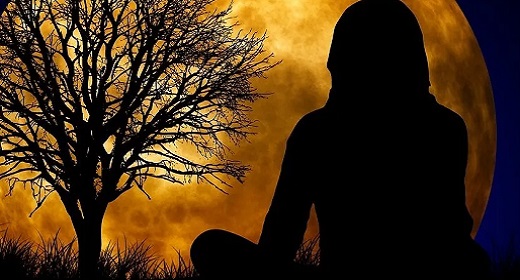 The view is important. The third patriarch of Zen, Master Seng-Tsan wrote a classic text translated as Faith In The Original Mind. Meditation is often seen as a method beyond the realms of faith but in effortless meditation faith in an inherently perfect nature is extremely useful at the beginning. It’s faith until a direct experience of what teachers are pointing to is realised then it becomes knowledge or Self-awareness.
The direct experience of what the teachers are pointing to is the reason for meditation. Therefore I have included one line instructions at the end of each foundation to help you give it a go and see for yourself.
In the natural state the meditator is connecting with something beyond the realm of the mind. Zen master Bankei called it the Unborn Mind because it is never born or created; it’s eternally present. Effortless meditation is resting within a perfection and wholeness that is already present, it is not created through meditation practice it is discovered.

Non-grasping means you cannot grasp or comprehend the natural state of meditation with concepts. The paradox is we are discussing the topic with words and concepts. That’s why teachings like this blog are often called pointing out instructions. Teachers can point to something for you to see for yourself but as the Zen saying goes don’t get caught looking at the finger pointing to the moon look at what’s being pointed to. Experience it for yourself don’t use this information to create more philosophy.

It’s not your mind that understands the natural state it’s a whole being experience. What some call a direct experience unmitigated by words or concepts. In this way it’s sometimes referred to as naked awareness; a non-conceptual awareness not clothed in judgements and mental constructs.
In meditation non-grasping is facilitated by a constant letting go of thoughts. More than that it’s a consistent disbelief of thoughts. One Tibetan master states “thoughts are not the problem; it’s grasping at them that causes suffering”. Therefore, a deeper abidance is necessary, accompanied by a profound relaxing and an opening to the totality of immediate experience.
It’s very important to mention that non-grasping also means not grasping onto this is the ‘right way’ and that is the ‘wrong way’.  This makes it difficut to fathom at all but that’s the point. Complete openness to what’s happening without any internal commentary.
The wisdom of the natural state cuts through all illusions laying bare reality as it is.
Any attempt to grasp the natural state with your thinking mind will not only fail it will become a big obstacle to resting in the natural state. When your mind says “I’ve got it” it hasn’t. What it boils down to is best described in the first line of Tao Te Ching “the Tao that can be named, is not the real Tao”.
INSTRUCTION: Allow thoughts to pass by without attaching them to your experience. 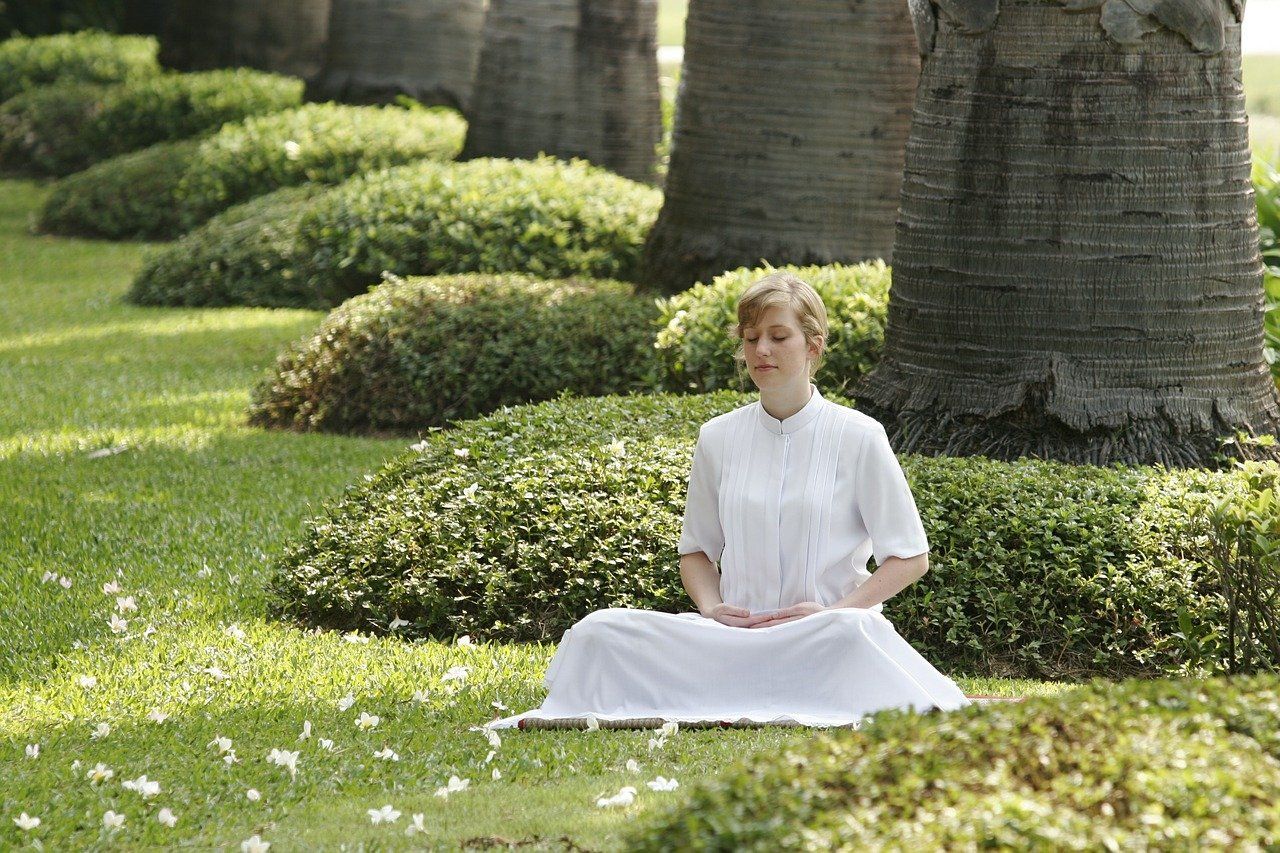 Stillness is a great pointing out instruction and one of the few direct methods. The only thing to do in the natural state of meditation is to sit still. Of course this is not even neccesary but for the sake of ‘practicing’ this type of meditation sitting still is extremely useful and a cornerstone of meditation training.

Meditators are often told about the monkey mind. A mind that is constantly jumping from one thing to the next. In fact, it seems we are hardwired to notice movement above and beyond all else. So, pointing to stillness is really getting at what is not moving, what is peaceful.

All impermanent things move. In fact, all things move but what is being pointed to is beyond that which is either created or destroyed, in other words the natural state is not a thing or an object to focus on. The natural state of meditation is transcendent of our usual conceptions of time and space. Some have called it primordial as in Dzogchen, others have called it eternal, one Tibetan master calls it “the essence of nowness“.
As modern spiritual teacher Adyashanti often points out the natural state or what he calls pure meditation is not a ‘state’ at all. Any experience that newly arises in meditation is not it. Anything that moves or changes is not it. In Vedic meditation there is practice called ‘neti neti’ which means not this, not that. Essentially anything that appears to awareness, is not it because it is not complete or the whole picture.
As Eckhart Tolle says “Wisdom comes with the ability to be still. Just look and just listen. No more is needed. Being still, looking, and listening activates the non-conceptual intelligence within you. Let stillness direct your words and actions.”
INSTRUCTION: Sit still and rest in the unmoving awareness of the present moment. 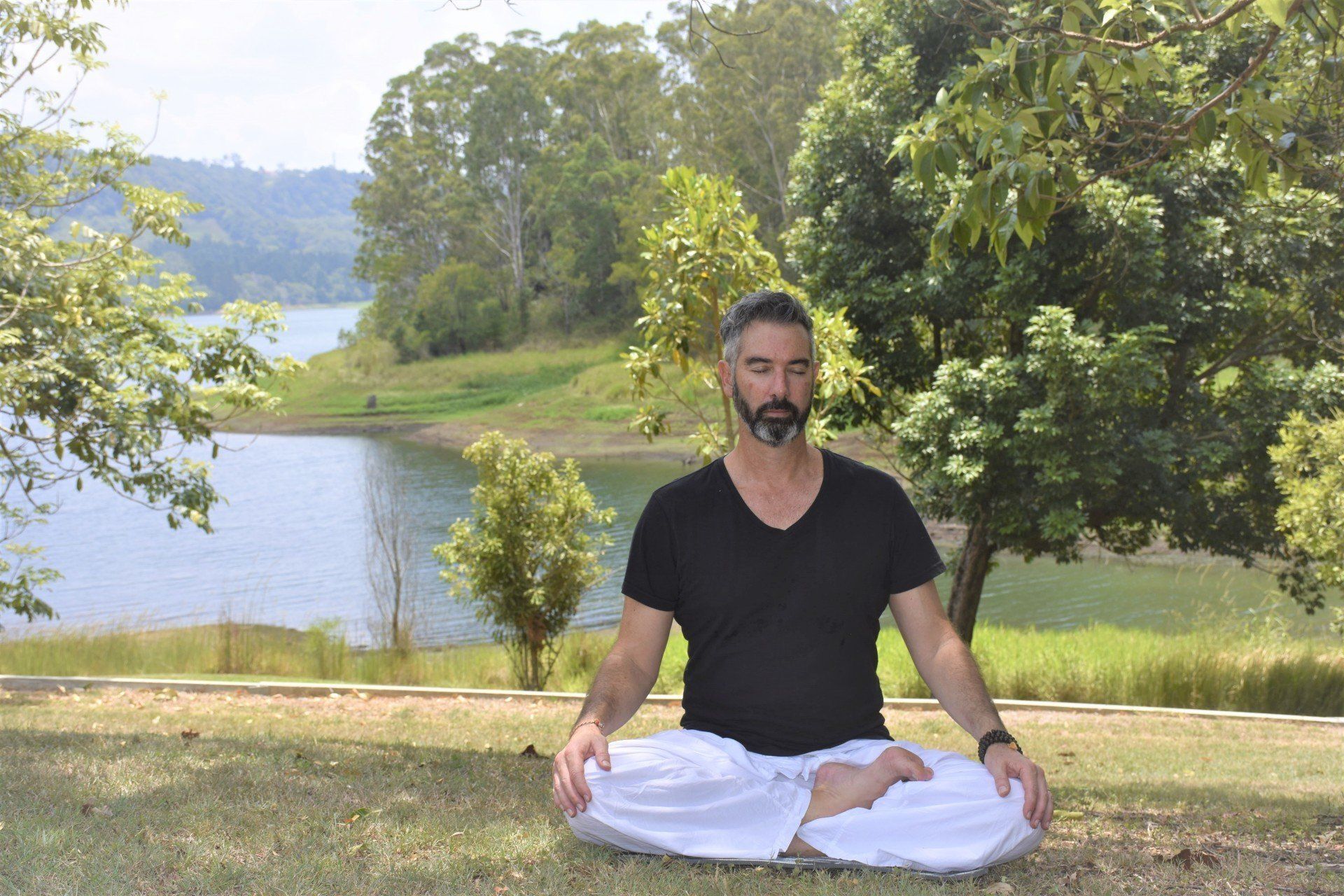 Non-fabrication means to stop trying to manipulate your experience in any way. This explains why it’s called natural because it’s not created through effort it already exists, naturally.
Non fabrication means you don’t have to make any effort to fabricate or create any state of mind or any particular emotion. It also implies that you let things be without interfering in your experience in any way. You don’t have to create good thoughts and you don’t have to get rid of negative thoughts; you simply let all thoughts pass by themselves.
This level is also associated with not being attached to pleasant, relaxing or even mystical experiences in meditation. Often when we’ve experienced awesome meditations, we try to re-create that experience and become disappointed when it doesn’t happen. This can be a big obstacle especially for experienced meditators.
This also relates to another aspect of the natural state which could have been its own category and that is being aimless or goal-less. That is not trying to create a certain outcome, not having an aim in mind. You’re not doing something to create a result you are simple being.
In Zen there is a central meditation practice called Zazen which generally means ‘just sitting’ which is a way of saying non-fabricated sitting. It’s the ‘just’ that’s important. There’s nothing else left to do in meditation other than just sitting.
INSTRUCTION: Just sit without making any effort at all to create a particular experience.

Along with not trying to create any experience during the natural state of meditation you also don’t have to resist anything either. This is a powerful method to let go of stress and come into alignment with what it. Eckhart Tolle goes so far as to say “Non-resistance is the key to the greatest power in the universe.”

Non-resistance is another way of saying acceptance. This is very therapeutic when it comes to difficult emotions and troubling thoughts. It’s normal to want to fight with them and get rid of them but the ancient sages and now the the modern mindfulness movement are both saying the same thing; by allowing and accepting difficult thoughts and emotions they lose their power over you and you provide space for them to pass by.
Fighting and resisting thoughts and emotions adds fuel to the fire and can actually double the amount of suffering you are experiencing. For example you can get angry about being angry, sad about being sad or increasingly fearful about being afraid.
There’s the old saying “what you resist persists” and there’s definitely truth to that. In fact stress, anger, anxiety and even depression come from wanting the present moment to be different than it is. By not resisting and instead simply allowing the present moment to be as it is you undercut the basic struggle with what is and allow a sense of openness and freedom to emerge in its place.
INSTRUCTION: Notice your current state of being and accept it as it iswithout trying to remove anything.

I was once at a teaching with a Tibetan meditation master who was teaching the natural state of meditation and I asked an intellectual question related to Buddhist paths of purification and karma etc because I was immersed in those studies at the time. I thought my question was very impressive and would even test the teacher, but he answered by saying it’s like the Beatles song “let it be, let it be” and he sung it to me.

The teacher’s response did not directly answer my question but it has stayed with me ever since as a brilliant antidote to my overly analytical mind. So often we want reasons, explanations and intellectual certainty but the natural state of meditation is related to being a simple meditator not a scholar. Just let it be.
It’s a huge freedom not having to know everything. Not having to explain everything in complex terms and scientific rhetoric. Instead the freedom of not knowing and simply being is a pure pleasure only found in the simplicity of the natural state. Alan Watts even calls it “the wisdom of not knowing”.
In Zen, unanswerable Koans where given to students to help break free from the tendency to always use the thinking mind to navigate life. A Koan snaps the thinking mind wide open and reveals the open spaces of awareness, intuition and spontaneity. As Zen master Suzuki famously said “in the beginner’s mind there are many possibilities, in the expert’s mind there are few.”
Returning to simplicity is returning to pleasure of just being, which encourages a child-like natural joy. Simplicity is embodied by living in the breath instead of dwelling in the constantly agitated and problem-solving thinking mind.
Simplicity is not stupid it’s humble. Simplicity isn’t avoiding problems it’s approaching life with a gentleness and openness that is well equipped to enable our innate intelligence to shine forth.
Great scientists like Einstein have admitted that some of his greatest break-throughs in science were not while he was obsessively thinking about a problem but instead came when he was relaxed and not thinking about anything at all.