by Charles Francis : In the last two articles, we talked about what enlightenment is, and the qualities of an enlightened person. In this article, we’re going to look at how enlightened people put their wisdom into action… 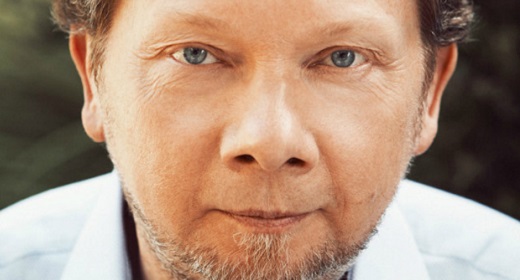 The mark of truly enlightened people is in the actions they take to help put an end to suffering throughout the world.

As I mentioned in my previous article, 12 Qualities of an Enlightened Person, my understanding of enlightened people is limited by how far I am along on my own spiritual path. From my studies about spiritual figures in history, and my experiences with people well along their path, I’ve identified some general activities that enlightened people engage in to bring more peace and harmony into the world. Keep in mind that their activities will vary according to how enlightened they are.

The Extinguishment of the Ego

To say that their work is selfless is not entirely correct. You see, the enlightened person has realized that he is interconnected with the rest of humanity—more accurately with all that exists—and has lost the sense of a separate self.

Keep in mind that the loss of a sense of separate self is not the same as a loss of self. The enlightened person has lost only the notion that human beings are characterized by an individual and independent living entity. In other words, it is the extinguishment of the individual ego. Since the enlightened person is an integral part of all of humanity, everything that he does to help others also benefits him personally.

Listen to Eckhart Tolle talk about enlightenment and the egoless state. Video lasts about 8 minutes:

One day a friend of mine tried to point out to me that I derived a personal benefit from the work I do to help others on their spiritual path. I had to concede that he was correct. And since I am not yet fully enlightened, some personal gratification is still involved, though I hope that motivation is diminishing as I progress in my spiritual development.

With these things in mind, let’s look at how enlightened people put their wisdom into action:

They Teach, and Don’t Preach

The enlightened person wants others to have the peace and serenity they have found. To that end, he dedicates his life to teaching others how to put an end to their suffering. He understands human nature and the most effective ways of transmitting his insights.

He also understands that people who are truly interested in greater insight don’t respond well to preaching and lecturing. Instead, they prefer to be guided down the path of enlightenment.

Generally, people who prefer to be lectured are those who are not inquisitive and prefer to simply accept a particular spiritual doctrine without questioning. They don’t want to put in the effort it takes to finding the Truth within themselves. I should point out that we are all susceptible to getting set in our views. It takes work, courage, and humility to continuously question our own views.

The enlightened person understands that his role as a teacher is to show others how to become less dependent on him for their enlightenment. He wants his students to understand that all the wisdom in the world is within them, and his job is to show them how to reach it.

The enlightened person leads people down the path to inner peace. She works tirelessly to reach more people with her teachings. She knows that in order to reach more people, she must develop a following. But she doesn’t do it for personal gratification.

The enlightened person is also not interested in being idolized. On the contrary, she realizes that once someone begins to idolize her, they stop looking within themselves for peace and serenity.

People follow her because of who she is and what she stands for. They also follow her because they know she can show them the path to enlightenment. However, once her followers progress in their spiritual development, they too begin to realize that they must now become leaders, and abandon their roles as followers.

The enlightened person practices what he teaches. He not only talks about love, compassion, and understanding, but he practices these principles more diligently than his followers. He has an unshakable faith that his spiritual practice will lead to peace and harmony within himself and in the world around him.

The enlightened person is committed to his own daily meditation practice. He is also continuously looking for ways to improve it further. He is a student of life. He knows that in order to improve his effectiveness as a messenger, he must improve his understanding of the path to enlightenment, and the interconnected nature of all existence.

They Serve and Protect

The enlightened person is committed to being of service, not just to humanity, but to all life. She has a deep reverence for all living beings, no matter how big or small. To her, it is not necessarily about having a right to life, but rather about having compassion for the inherent ability of living beings to suffer. She, therefore, works to protect all life.

She also knows that many people, as well as many other living creatures, are not fully capable of protecting themselves from the unmindful actions of others. She is aware that in our ignorance, we all do things that harm ourselves, other people and living beings, so she strives to protect us from others and ourselves.

They Change Their Occupations

These are some of the general ways that enlightened people work to create harmony and goodwill in the world. They come from all walks of life. They may be doctors, lawyers, or teachers. Or, they may come from more humble professions such as factory worker, restaurant worker, or even trash collector.

Whatever their background, they generally transform their livelihood into something related to helping others find peace and serenity. The specifics depend on their skills and opportunities. They are not afraid to make a career change, because they realize the importance of helping other people.

To them, this path is not a matter of choice because they realize their duty. However, given the choice, they would still choose to help others because they simply have compassion for all suffering beings. It also contributes to their own peace and serenity.

I realize that to some of you, achieving enlightenment might seem like an impossible goal. I can assure you, it’s not. From what I’ve described, there are real people among us with these qualities. You may even know one of them. I figure that if they can do it, then so can I—and so can you. My purpose for writing these 3 articles on enlightenment was to give us a North Star to guide us. I hope they help guide you on your spiritual journey.