by (Ruben Museum): The practices of meditation and art have long gone hand in hand… 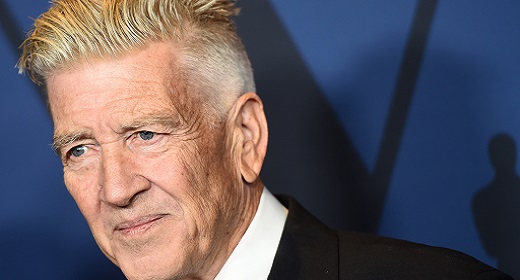 art itself is often described as a meditative experience. However, there are also many artists who practice meditation in addition to their artistic pursuits. In conjunction with our new weekly Mindfulness Meditation series which starts today, we’ve put together a list of a few well-known artists that practice meditation.

The controversial performance artist developed her “Abramović Method” – a series of meditative exercises focused on increasing concentration and self-reflection – as a means of preserving her legacy. The Method has been performed at various artist retrospectives (and by pop musician Lady Gaga), and is made up of a variety of activities – including counting grains of rice for upwards of 16 hours.

Check out the Guardian’s video of Marina below:

Although best known as the director of the cult classic films Blue Velvet, Mulholland Drive, and the television series Twin Peaks, David Lynch is also a painter and designer. Beyond this, he is a firm believer and practitioner of transcendental meditation (TM). Lynch even founded the David Lynch Foundation For Consciousness-Based Education and World Peace to “prevent and eradicate the all-pervasive epidemic of trauma and toxic stress among at-risk populations through promoting widespread implementation of the evidence-based Transcendental Meditation program.”

Check out Bob Roth, the director of the David Lynch Foundation, speaking about TM at the Rubin Museum’s Brainwave lecture series:

This legendary musician and conceptual artist was there at the start of the Transcendental Meditation movement when her late husband, John Lennon, and the other Beatles met its founder, Maharishi Mahesh Yogi. In an interview with Time Magazine, Yoko discussed her and Lennon’s iconic global mantra, Imagine Peace: “I’m promoting Imagine Peace every day. It’s a kind of group meditation and people are participating all around the world. You just have to imagine that our society can be a peaceful society. It’s a meditation. When you’re imagining peace, you can’t kill anyone. That’s good isn’t it?”

The famed folk singer/songwriter/ poet began practicing Za-Zen Buddhism in the 1990s, using it to find peace from a depression he had felt since adolescence. After secluding himself at a Buddhist retreat on Mount Baldy in 1996, he became an ordained Zen Buddhist monk, receiving the Dharma name Jikan (which means silence) from his master Old Roshi. In an interview with The Guardian, Cohen had this to say about Zen meditation: “If you sit there long enough, you run through all the alternative ways the events in your life could have turned out. After a while, the activity of thinking, that interior chatter, begins to subside from time to time. And what rushes in, in the same way that light rushes into a room when you switch on the light, is another kind of mood that overtakes you.”

Jack Kerouac was one of the first beat poets and authors to create work influenced by Eastern philosophy, when he began studying it in 1954. In fact, Buddhism became a theme in many of his works, including an unpublished biography of Siddhartha Gautama he wrote in 1955 titled Wake Up: A Life of the Buddha and his 1958 semi-fictional novel The Dharma Bums, as well as a poem entitled “How to Meditate.”