Is There Actually Science Behind ‘Dopamine Fasting’? 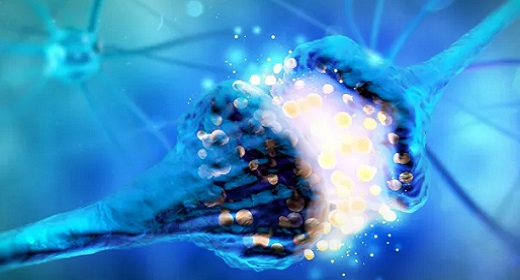 “Dopamine fasting” may be Silicon Valley’s latest wellness trend — but does this sciency-sounding fad actually have evidence to back it up?

During a so-called dopamine fast, extreme practitioners abstain from any experience that brings them pleasure, including but not limited to sex, food, exercise, social media, video games and talking, according to Vox. Some people go so far as to avoid making eye contact, chatting with friends or even performing moderately-fast movements, all in an effort to avoid stimulation, the New York Times reported.

By taking a break from sins and small pleasures, fasters attempt to “reset” the brain’s reward system, a network wired, in part, by a chemical called dopamine. After a fast, they report feeling more focused and finding more joy in the activities they’d avoided, according to Business Insider.

Despite its supposed benefits and good intentions, dopamine fasting has stirred up controversy.

Dr. Cameron Sepah, a psychologist who helped popularize dopamine fasting, has argued that some people have pushed the practice to an unfounded extreme and attracted attention from “clickbait journalists” bent on “mocking Silicon Valley.” Meanwhile, some recent news articles have argued that the trend oversimplifies the role of dopamine in the brain to the point of being inaccurate.

To clear up any confusion, Live Science spoke with experts about the neurobiology of addiction, tried-and-tested therapeutic practices and the many roles of dopamine in the brain. The take-home message is that “dopamine fasting,” though perhaps poorly named, grew out of established methods in addiction therapy and may be beneficial — if executed properly.

First of all, what does dopamine do?

First and foremost, dopamine is a neurotransmitter — a chemical passed between neurons like hand-written notes between schoolchildren. Neighboring neurons pass these “notes” through intricate networks in the brain. By exchanging neurotransmitters, brain cells work together to process information and direct behavior, according to BrainFacts.org. Many brain networks rely on dopamine to function properly, including a collection of brain structures seated in the center of the organ known as the “mesolimbic reward pathway.” This evolutionarily ancient pathway helps control our response to rewards, like food, sex, and drugs, according to the Incahn School of Medicine at Mount Sinai.. From this pathway, dopamine ventures out to other brain regions that shape our memory, expectations, emotions and reactions about rewards.

Although often described as a “feel-good” chemical, dopamine doesn’t work by triggering feelings of pleasure and happiness in the brain’s reward center, Michael Treadway, a clinical psychologist and neuroscientist at Emory University, told Live Science.

“This is still hotly debated … but I think most dopamine researchers today would agree that dopamine is not about pleasure,” Treadway said. Instead, dopamine may be more about motivation, the willingness to expend effort to reach goals and gain rewards, he said. But that said, the chemical serves many functions in the brain.

The exact action of dopamine depends on which neurons send and receive the chemical, and where those cells sit in the brain. But generally speaking, dopamine acts as a kind of “switchboard” that tunes how different brain areas handle incoming information, Treadway said. The chemical helps direct our attention, budget our energy levels and literally move our bodies through space.

It’s not actually possible to completely “fast” or eliminate dopamine from your body with lifestyle changes, which is lucky because doing so would likely have serious consequences.

“Obviously, if you were actually to fast from dopamine it would probably be fatal,” he added.

No one is actually fasting from dopamine

It’s important to note that, despite the name, the original idea behind dopamine fasting is not to literally lower dopamine levels.

“The goal is not to reduce dopamine or elicit functional brain changes,” Sepah, who is a clinical professor of psychiatry at the University of California, San Francisco, told Live Science in an email. Instead, dopamine fasting encourages people to reduce the “time spent on problematic behavior,” he said.

Still, research shows there is a connection between dopamine and problematic behavior, such as drug abuse.

When the brain picks up clues that it may soon receive a reward — whether that reward be food, illicit drugs or likes on social media — a flash of dopamine zaps the reward pathway, according to Slate. Another hit of dopamine comes with the reward itself. Addictive substances and behaviors repeatedly bombard the reward pathway with huge surges of dopamine, and over time, the brain morphs in response.

“When we image [drug users’] brains, we find that in the immediate aftermath of using they actually have less dopamine and fewer dopamine receptors than those who don’t use drugs,” said Dr. Anna Lembke, an associate professor and medical director of addiction medicine at Stanford University.

All addictive drugs cause dopamine levels to spike in one way or another, Lembke said, and in response, the brain weakens or eliminates the receptors built to respond to the chemical. That means drug users need more of the substance to elicit the same surge of dopamine, and that other rewards, like food and social interaction, steadily lose their appeal.

By any other name

As a clinician, Lembke recommends that her patients with drug addictions enter a “period of abstinence” in order to reset the brain’s reward system. By its rpurest definition, a period of abstinence is not unlike a dopamine fast, in which people abstain from problematic behaviors.

“I call them detox periods,” Dr. David Greenfield, an assistant clinical professor of psychiatry at the University of Connecticut School of Medicine, told Live Science. “We go through a period where we allow those receptors to calm down.”

Greenfield treats a destructive behavior that may impact the Silicon Valley folks drawn to dopamine fasting: compulsive internet and technology use. Dopamine surges in the brain’s reward system each time we so much as glance at a smartphone or laptop screen, he said, and rewarding notifications and media pop up unpredictably whenever we go online. People grow addicted to devices, just as they do to drugs, Greenfield said. Lembke said she has witnessed the phenomenon, too.

“People are coming into my clinic with severe, pathological, compulsive use of these interfaces,” she said. Although internet and video-game addictions have yet to be recognized as true disorders in the bible of mental health disorders, the DSM-5, experts recognize that both substance use and excessive screen time wreak similar havoc in the brain. And just like drug addiction, the goal of treatment “is to detox from the most problematic sites and content,” Greenfield wrote in a 2018 article on internet and video game addiction.

But after the initial period of abstinence, the real work begins, he added.

What happens after a fast?

The buzz around dopamine fasting blew up around what people do (or don’t do) during the fast itself. But in the long term, fasters must take additional steps if they aim to overcome their problematic behaviors.

“One of the things that happens when people initially cut themselves off from these rewards … is that they suddenly become aware of themselves and their bodies in a new way,” Lembke said. Without substances, screens or other stimuli to distract them, people suddenly become reacquainted with themselves, she said. “That, in fact, can be terrifying for people.”

To move past these withdrawal periods and avoid relapse, people must address the roots of their addictive behaviors, Greenfield said. For example, people practicing compulsive internet use must learn how to place healthy limits on their use of the technology. Just like those addicted to drugs, they must come to recognize and cope with triggers that push them toward destructive behavior.

Mental health professionals can guide people through this process using standardized techniques like cognitive behavioral therapy (CBT), a protocol that helps people re-evaluate their patterns of thinking and behavior, and better cope with difficult situations, according to the American Psychological Association. (Sepah claims his recommended version of dopamine fasting is actually based on CBT techniques aimed at empowering people to overcome unhelpful impulses.)

“The idea is to … temper our consumption” of rewards, Lembke said. In an age in which we enjoy easy access to addictive substances and a million other distractions pull at our attention, sometimes, we must “consciously abstain” from behaviors that could spiral out of control, she said.

That said, you probably shouldn’t cut out all pleasurable experiences from your life, Greenfield added.

“I don’t think it’s realistic, and I’m not even sure it’s healthy” to completely eliminate all pleasurable experiences, he said. “I am not familiar with any programs that advocate for that, and that’s certainly not within the realm of typical medical treatment.”