by Sofia Pitt: Barbara Corcoran was cast as an investor on “Shark Tank” only to have the offer rescinded. Here’s how she convinced the show’s producers to change their minds… 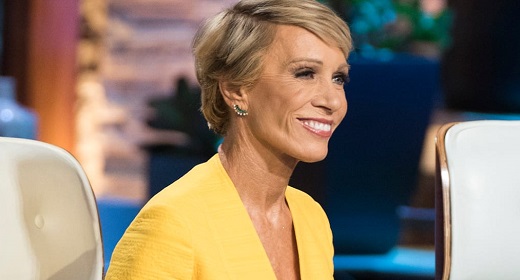 The self-made millionaire and real estate mogul is perhaps now best known for her role as an investor on ABC’s “Shark Tank,” but Corcoran almost didn’t get the part. In 2008, she was cast on “Shark Tank” only to have the offer rescinded. “I’d already bought new luggage and new outfits to go to Hollywood. I told my family and friends. So I was mortified,” Corcoran tells Grow.

Instead of falling victim to self-pity, Corcoran refused to give up. She sent “Shark Tank” executive producer Mark Burnett an eloquent, persuasive email that proved effective and turned his “no” into a “yes.”

On Instagram, Corcoran shared “the letter I wrote to the big boss that turned my fortune around.”

Corcoran’s skillful response to rejection is proof you don’t have to take “no” for an answer. “People misinterpret ‘noes’ as an ending. They’re simply an obstacle,” she says.

Here are the five tactics Corcoran recommends when you want to try to change someone’s mind, as well as the lessons she learned from the experience about grit and overcoming adversity.

1. Slow down and think through your strategy

“The minute I got the rejection, I guess I was pissed,” Corcoran says. Instead of responding out of anger, though, Corcoran recalls practicing impulse control: “It took me at least an hour to write that email, and yet, I wanted to get it out the minute it came in, but I slowed myself down.”

Corcoran knew that she needed to craft “a persuasive sales pitch that [Mark Burnett] should bite at.” She carefully laid out her case. “I wrote it and rewrote and rewrote it. There wasn’t a single word that was extra,” she recalls.

When Corcoran learned she was being replaced, she decided to present Burnett with an alternative, writing: “I think you should consider inviting both of us to L.A. for your tryouts.”

“I offered him options. Options are wonderful,” she explains. “People will take an option on the chin much faster than they’ll take someone saying, ‘Hey, here’s what you should be thinking about.’”

When you offer someone options, you’re thinking about the situation from their perspective and removing yourself from the equation. “I walked in his feet versus mine,” Corcoran says. Your messaging should convey: “Here’s why you would be so lucky if you got me,” instead of ”‘I really wanted it,’ which we all tend to do,” she explains.

When you’re interviewing for a job, you need to prove your value using specific examples, she says. In Corcoran’s letter to Burnett, “I offered him proof, not just ‘I said so,’ but here’s the proof of how good I am. And how good I am at coming back.”

If you’re trying to change someone’s mind, don’t recycle the examples you used the first time around, she says. “You need to have the detail to support another swing at the ball. Going back with the same bat ain’t going to work, but if you have another dialogue and another reason, you can go back surprisingly many times, and be liked more for it.”

You need to have the detail to support another swing at the ball. Going back with the same bat ain’t going to work.

4. Play to your audience

When you’re selling yourself to a prospective employer, playing to your audience is crucial. That’s exactly what Corcoran did in her 2008 letter to Burnett, she says. “He wanted to hire a shark and I had to be a shark.”

To play to your audience, you first have to know your audience. When Corcoran emailed Burnett, she made his assistant “promise” to print the email out and walk it over to him, “because big shots don’t read emails.”

“When she walked over to him and he read it, he looked at her and said, ‘She’s a shark,’” Corcoran says. “That’s exactly the close I wanted.”

The next day she got an email inviting her to Los Angeles.

5. Be polite but persistent

The biggest obstacle people face when going after what they want is themselves, Corcoran says, meaning their own egos, emotions, and self-destructive tendencies. In order to succeed, you have to leave your insecurities at the door.

“Nobody likes rejection. Nobody wants to look silly in front of a big shot or anybody. Nobody wants to be interpreted as obnoxious. But what you have to remember is what you see through your visor, that is really just persistence,” she says. “I don’t care who you’re shooting against. Persistence is always respected.”

Being persistent is a skill anyone can learn. “It doesn’t come from succeeding. I didn’t get confidence by succeeding,” she says. Instead, Corcoran got more persistent “by reaching out, reaching out again, and being willing to have my hand slapped.”

Just like landing her spot on “Shark Tank,” “nothing ever happened to me easily,” she says. “Everything that ever happened great in my life happened on the heels of a failure or rejection.”