5 New Battery Technologies That Will Change The Future

by Karen Wilhelm: Your phone is about to go dead—again—and you can’t find a place to plug it in… 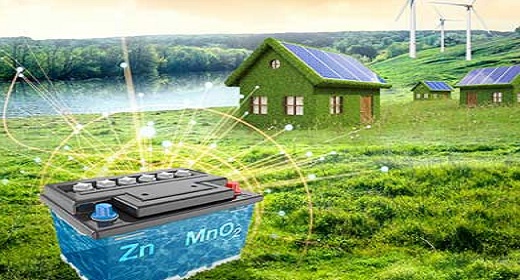 Your laptop is getting hot…is the battery about to catch on fire? How far from home should you drive your electric vehicle? As scenarios like these become increasingly common, it’s clear that we need batteries that store more, last longer, and are safer to use. Fortunately, new battery technologies are coming our way.

Let’s take a look at a few:

Working on battery anode materials, researchers at N1 Technologies, Inc. added tungsten and carbon multi-layered nanotubes that bond to the copper anode substrate and build up a web-like nano structure. That forms a huge surface for more ions to attach to during recharge and discharge cycles. That makes recharging the NanoBolt lithium tungsten battery faster, and it also stores more energy.

Nanotubes are ready to be cut to size for use in any Lithium Battery design.

How does a battery actually work? Investigating conventional assumptions, a team based at DOE’s Pacific Northwest National Laboratory found an unexpected chemical conversion reaction in a zinc-manganese oxide battery. If that process can be controlled, it can increase energy density in conventional batteries without increasing cost. That makes the zinc-manganese oxide battery a possible alternative to lithium-ion and lead-acid batteries, especially for large-scale energy storage to support the nation’s electricity grid.

A problem with lithium batteries is the danger of the electrolyte catching fire or exploding. Searching for something safer than the carbonate based solvent system in Li-ion batteries, University of Wisconson-Madison chemistry professors Robert Hamers and Robert West developed organosilicon (OS) based liquid solvents. The resulting electrolytes can be engineered at the molecular level for industrial, military, and consumer Li-ion battery markets.

Also seeking a better electrolyte for lithium ion batteries, researchers at the University of California, Irvine experimented with gels, which are not as combustible as liquids. They tried coating gold nanowires with manganese dioxide, then covering them with electrolyte gel. While nanowires are usually too delicate to use in batteries, these had become resilient. When the researchers charged the resulting electrode, they discovered that it went through 200,000 cycles without losing its ability to hold a charge. That compares to 6,000 cycles in a conventional battery.

A barrier to the use of electric vehicles (EVs) is the slow recharging process. Seeking a way to turn hours into minutes, TankTwo looked at modularizing a battery. Their String Cell™ battery contains a collection of small independent self-organizing cells. Each string cell consists of plastic enclosure, covered with a conductive material that allows it to quickly and easily form contacts with others. An internal processing unit controls the connections in the electrochemical cell. To facilitate quick charging of an EV, the little balls contained in the battery are sucked out and swapped for recharged cells at the service station. At the station, the cells can be recharged at off-peak hours.

For now, we may have to put up with phones going cold, laptops getting hot, and EVs not ranging far from home. Solutions seem to be on the horizon, however, so a better battery-powered future is within sight.