Do You Fall In Love Fast, Easily, And Often? 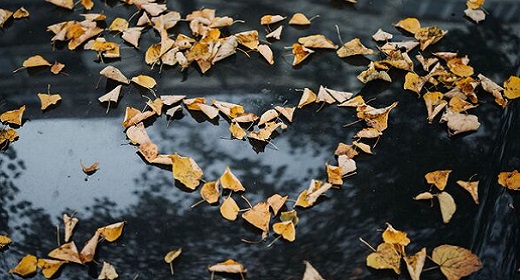 Some people tend to fall in love fast, easily, and often. This tendency is known as emophilia, formerly known as “emotional promiscuity.” It is measured with items such as:

“I fall in love easily.”

“I feel romantic connections right away.”

“I love the feeling of falling in love.”

“I fall in love frequently.”

“I tend to jump into relationships.” 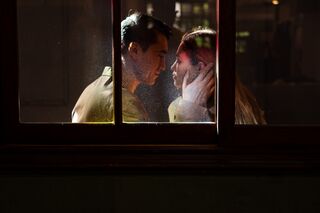 Emophilia is distinct from a number of other traits that also predict developing fast romantic connections. For example, what draws someone with emophilia to love is the fact that those feelings are rewarding; by contrast, persons with anxious attachment styles often jump into relationships quickly as well, but not because of a reward motivation—they’re motivated by inhibition or avoidance of a negative emotional state (specifically, fear and anxiety).

Falling in love fast and often might sound exciting and romantic, but there might also be a dark side as well. Specifically, if you’re always primed to fall in love and find yourself charmed by others very quickly (a “love at first sight” kind of thing), this might make you prone to ignoring relationship “red flags” and falling for the “wrong” types of people—people who might use your quick attachment to manipulate you.

A recent set of studies sought to explore how emophilia is linked to the Dark Triad personality variables of Machiavellianism, psychopathy, and narcissism. Each of these traits means something a little different, but they’re all tied together by a tendency to engage in antisocial behaviors, such as being callous and manipulative.

These traits are generally considered undesirable, especially in the context of a long-term relationship. However, for short-term mating, they can potentially be mistaken for attractive traits. For example, when you don’t know a narcissist very well, their overly inflated self-views and tendency to talk about themselves can potentially come across as being talkative and confident.

Narcissists can also be quite good at putting on an attractive veneer. For example, they might invest more time and effort into their appearance, surround themselves with symbols of money and success, and make a greater effort to say the “right” things (even if they aren’t true) to appear desirable.

Returning to the new set of studies, in the first study, researchers surveyed 257 men and women online (average age of 34) and asked them to fill out the standard scale that assesses the Dark Triad traits “as they would want an ideal romantic partner to complete it.” In other words, they were asked to describe their ideal partner’s personality. They also completed a series of scales about their own individual personality traits, including emophilia.

What the researchers found was that people who scored high in emophilia (compared to those who were low) reported that their ideal partner would be higher in all three of the Dark Triad traits.

In a second study, 185 heterosexual women were asked to evaluate mock online profiles of men who varied in their Dark Triad traits. As the authors noted, they chose to focus on women’s reactions to men because men, in general, tend to be higher on Dark Triad traits.

The profiles used were drawn from a separate study in which male college students wrote their own online personal ads and, separately, completed a survey about their personalities. The researchers selected ads that were written by those who were either high or low on Dark Triad traits.

What did they find? Those high in emophilia (compared to those who were low) were indeed more attracted to the Dark Triad profiles, but they were actually more attracted to every profile. In the words of the researchers, “individuals high in emophilia reported higher attraction to all profiles, regardless of the nature of the profile or who wrote it.”

These findings are, of course, limited in several important ways. One is that researchers looked at people’s reported “ideal” traits in a partner and attraction to a hypothetical target. It would therefore be important for future research to look at how emophilia plays out in the context of, say, a speed-dating event to see what it means for actual, real-world behavior. Also, while the first study included both men and women, the second study included only heterosexual female participants. More work is therefore needed to understand emophilia in gender– and sexually diverse populations.

That said, these findings are interesting and help us to understand a few things. One is that persons high in emophilia aren’t only attracted to people with Dark Triad traits; rather, they seem to have a tendency to develop an attraction to just about anyone. However, they are certainly more attracted to “dark” personalities than people low in emophilia. Also, their love of being in love might make persons with emophilia especially drawn to partners with toxic personalities and prone to making the same relationship mistakes over and over, such as falling for “charmers” with ulterior motives.

This isn’t to say that emophilia itself is inherently a bad thing, just that it might create a unique vulnerability to being taken advantage of by narcissists and other manipulators. To the extent that someone can recognize this pattern of behavior in themselves, perhaps they would do well to bring in trusted others (e.g., friends, family) to vet a partner or get a second opinion before leaping into marriage or making other major life decisions with that person.