by Jayson Demers: In the face of overwhelming odds or critical failures, it’s easy to lose sight of your aspirations… 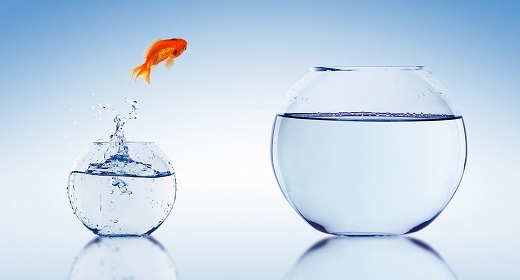 but the charismatic leaders we admire throughout history don’t give in to that temptation. They work to overcome any challenge.

Leadership and innovation aren’t qualities that people are born with; they’re earned after a lifetime of hard work and diligence. In the face of overwhelming odds or critical failures, it’s easy to lose sight of your aspirations, but the charismatic leaders we admire throughout history don’t give in to that temptation. They work to overcome any challenge.

Take inspiration from these seven leaders, who faced ridicule, rejection, and disaster before earning their rewards:

1. Bill Gates’s first company was a failure. Yes, that Bill Gates, the one worth $76 billion. He wasn’t always the wildly successful tech genius we’ve all come to recognize as one of the most innovative and practical leaders the world has ever seen. Gates and his business partner, Paul Allen, originally started a company called “Traf-O-Data,” which featured an automated way to read and organize data pulled from traffic tapes. The company was a complete failure, and the product didn’t work the way it was intended.

Still, Gates credits his first business as being invaluable as a learning experience. Failure is something common and inevitable, but learning from failure is what leads to success. Gates is certainly not alone in the entrepreneurial world–in fact, most successful entrepreneurs, especially in the tech sector, were only able to reach those heights after years of struggle and countless failed experiments.

2. Richard Branson was a terrible student (and still suffers from dyslexia). Branson, also on the short list of richest people in the world, is still making waves as an innovator with various new enterprises extending from his core Virgin Records business. But if test scores and grades were a truer indicator of future success, Branson never would have been able to accomplish such greatness. Branson was, and is, dyslexic, a learning disability at least partially responsible for his terrible standardized test scores and below-average grades. Despite those childhood setbacks, Branson fought for his own ideas and is currently overseeing one of the biggest companies on the planet.

Branson is a perfect example of how limitations should never hold you back. Whether those limitations exist in your physical capabilities, resource access, or somewhere else, there is virtually no obstacle that cannot be overcome. History is full of leaders who overcame objective limitations to change the world.

3. Albert Einstein was rejected from college. Einstein is currently known as the “father of modern physics.” That’s a pretty big title for someone who couldn’t get into college right away. Einstein was no child prodigy; his grades were poor, his focus in the classroom was sporadic, and when he first tried to get into college, he failed the entrance exam. Nevertheless, Einstein eventually graduated and developed some of the most important scientific theories of the modern world, which still form the fundamental basis for modern physics. Even if you aren’t familiar with the scientific value of his work, you know his name–it’s synonymous with scientific intelligence.

For most people, getting rejected from college would seem like the end of the road. An optimistic handful might think that a career in science is still possible. But Einstein blew those assumptions away and became not just a great scientist, but one of the greatest scientists that ever lived. Remember that the next time you’re faced with rejection.

4. James Dyson tried and failed 5,127 times. Thomas Edison is often named as an example of why failure shouldn’t stop you from trying; different estimates purport that he built 100 to 1,000 light bulbs before he found one that worked. But James Dyson is a modern-day Edison who experimented even more before eventually finding success. For 15 years, James Dyson tried–and failed–to build a better vacuum cleaner, scrapping a reported 5,127 prototypes in total. But still, Dyson insisted that each prototype brought him one step closer to perfection, and today he’s a billionaire.

When you buy a stunning new product, you don’t get to see the countless ugly, unfinished versions that came before it. No matter how hard you work at your first draft, it’s probably going to end up looking terrible, so don’t get discouraged. Keep working at it, and eventually, even if it takes you 5,000 tries, you’ll get something great.

5. Steve Jobs was kicked out of his own company. When Steve Jobs returned to Apple and turned the company into a sensational powerhouse, he was hailed as a genius (and he pocketed billions). But that level of success had eluded Jobs for decades. After starting Apple with partner Steve Wozniak, Jobs was booted out of the company after too many failed projects. Resentful but determined, Jobs started a new company, NeXT, whose hardware failed catastrophically. Fortunately, the software division was successful, and Apple’s acquisition of that division put Jobs back in charge. The rest is history.

Steve Jobs is lasting evidence that you should never count somebody out (even yourself). Instead of wallowing in self-defeat, he poured his efforts into new enterprises, and constantly refined his visions until he earned his way back to the top of Apple. Even if someone pushes you back, you have to keep moving forward.

6. Oprah Winfrey overcame a tragic past. After experiencing years of abuse from family members and friends, Winfrey ran away from home and bore a child at age 14 who died shortly after birth. Despite a childhood and early adolescence riddled with tragedy and adversity, Winfrey became an honors student in high school and earned a full college scholarship. Today, she’s instantly recognizable as one of the most successful television personalities and entrepreneurs in the world, with a net worth in the billions.

The past is the past, and it shouldn’t stop anybody from doing what they want to do. Winfrey could have easily resigned to be content with a normal life after everything that happened to her, but instead she kept pushing for greatness.

7. Kris Carr turned cancer into an opportunity. Kris Carr isn’t as recognizable as some of the other entrepreneurs on this list, but her story is nothing short of inspirational. In 2003, Carr was diagnosed with an incurable, extremely rare form of cancer in her liver and lungs already in Stage IV. Carr fought back by radically altering her lifestyle, writing books, and starting a wellness website that encouraged others to follow suit. Today, Carr’s site kriscarr.com, is followed by more than 40,000 people, and her story has been the subject of multiple documentaries. Carr has lived with cancer for more than 10 years, and is still enjoying success as an entrepreneur with a strong personal brand.

The greatest leaders don’t just move past an obstacle–they find meaning in it, and use it to their advantage. When you face a challenge, you can’t just look at how it’s limiting you; you have to look at how it changes you, and how it could change you for the better.

All leaders eventually face hardship. Great leaders overcome those hardships and improve themselves in the process. Whether you’re a boss, an entrepreneur, a scientist, or a mentor, you have to look at your weakest moments as opportunities rather than limitations. Every obstacle, and every failure, is just another step toward your ultimate destination: success.