To Boost Your Memory, Have More Sex

by Kathryn Drury Wagner: Get busy and sharpen your memory… 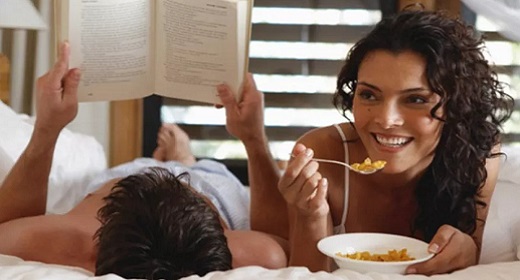 Forget crossword puzzles, eating fish, and lifting weights. If you want to have better memory and cognitive skills as you age, there’s a much more fun way to keep your brain youthful: Sex! According to a new study published in the journal Age and Ageing, being more sexually active over age 50 is associated with better cognition. Now, for the rest of this article, cue the Barry White soundtrack. Let’s get it on…

In what is the first study of this kind to explore the association between sexual activity and cognitive function in a large group of older, community-dwelling adults, researchers mined data from a longitudinal study on aging in England. They used data from 3,060 men and 3,773 women between the ages of 50 and 89. The adults had been surveyed if they were sexually active in the past 12 months, which was defined as “intercourse, masturbation, petting or fondling.” (I challenge you to parse those last two activities, because I have tried, researching everything from 1960s dating columns to Church of Latter Day Saints materials, and I still cannot. But suffice it to say, they both incite lust.)

Participants also took two cognitive tests. One was testing recall, where respondents heard a list of 10 everyday words, and were asked to recall them either immediately, or after a short dely. The other was a number sequencing test, where they had to determine a number pattern, then which number was missing, and provide the correct answer.

The group who had been getting busy in the past year? They scored better (pardon the pun) on both the word-recall and number-sequencing test than their compatriots who had been living monastically, with males faring particularly well. Women who had been sexually active got higher scores on the word recall test but not the number sequencing.

“The findings have implications for the promotion of sexual counseling in healthcare settings,” the study concluded. “Maintaining a healthy sex life in older age could be instrumental in improving cognitive function and well-being.”

So tonight, turn to your partner, raise an eyebrow suggestively, and say, “C’mon baby, let’s do it… for our brains!”