Walking Can Be Very Good For Your Brain

by AE Toole: I love reading scientific reports, something I’ve done since my first job out of college… 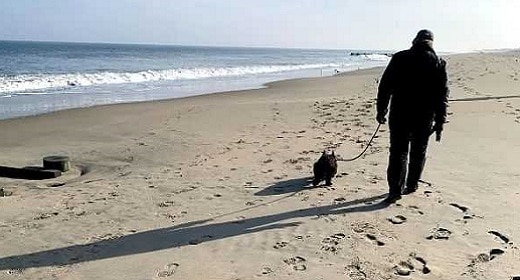 I realize they can be a little dry for most people, so I’m sharing a secret. Scientific reports sometimes remind me of listening to comedians winding up a joke with a deadpan anecdote followed by a punchline that touches upon a human concern that makes us laugh as we self-consciously admit an unspoken fear. While comedians frequently capitalize on irony, we look to scientists to come up with answers to our fears—like getting Alzheimer’s.

If you like, you can try it with this fascinating recent study looking at the potential benefits of walking and dance for brain health:1

Here’s how I imagine a scientist delivering the study results on a comedy stage:

Here’s what I imagine the audience thinking:

There are some amazing writers who make it their life’s work to translate scientific studies for us into everyday language. Gretchen Reynolds, a writer for The New York Times, is wonderful at this. Here is how she distilled the complexity of the science behind the walking/dancing study:

While the research is still preliminary, it still elicits a big “Wow!” from me as I share a widely held fear with many people that a disease like Alzheimer’s could destroy the last chapter of one’s life. Anyone who has watched a relative like Uncle Harry deteriorate with dementia would take notice.

Walking brings other benefits, too. The nonprofit organization, America Walks, organized these findings in one place: 3

Just how much walking do we really need to do? You may have heard that the magic number is 10,000 steps per day. However, that does not appear to really be the case. A paleoanthropologist from Harvard, named Daniel Lieberman, shared in his book Exercised that the 10,000-step benchmark was pegged by a Japanese pedometer maker in the 1960s as a marketing tool. 4 (I know it sounds like a joke, but it isn’t.)

Thanks to what we are learning from those stand-up scientists, maybe that doubling of dementia in 20 years isn’t inevitable if more of us can make time to go for a nice walk at least three times a week like the participants in the walking/dancing clinical trial. It turns out, our brains might just thank us!