The Decreasing Cost Of Renewables Unlikely To Plateau Any Time Soon 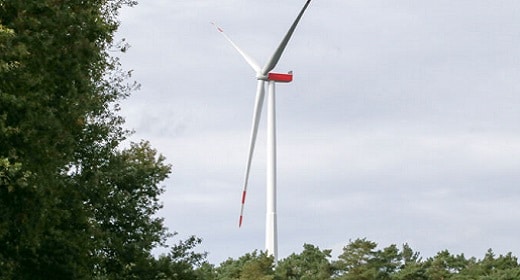 Past projections of energy costs have consistently underestimated just how cheap renewable energy would be in the future, as well as the benefits of rolling them out quickly, according to a new report out of the Institute of New Economic Thinking at the University of Oxford.

The report makes predictions about more than 50 technologies such as solar power, offshore wind, and more, and it compares them to a future that still runs on carbon. “It’s not just good news for renewables. It’s good news for the planet,” Matthew Ives, one of the report’s authors and a senior researcher at the Oxford Martin Post-Carbon Transition Programme, told Ars.

The paper used probabilistic cost forecasting methods—taking into account both past data and current and ongoing technological developments in renewables—for its findings. It also used large caches of data from sources such as the International Renewable Energy Agency (IRENA) and Bloomberg. Beyond looking at the cost (represented as dollar per unit of energy production over time), the report also represents its findings in three scenarios: a fast transition to renewables, a slow transition, and no transition at all.

Compared to sticking with fossil fuels, a quick shift to renewables could mean trillions of dollars in savings, even without accounting for things like damages caused by climate change or any co-benefits from the reduced pollution. Even beyond the savings, rolling out renewable energy sources could help the world limit global warming to 1.5° C. According to the report, if solar, wind, and the myriad other green energy tools followed the deployment trends they are projected to see in the next decade, in 25 years the world could potentially see a net-zero energy system.

“The energy transition is also going to save us money. We should be doing it anyway,” Ives said.

The cost for renewable energy has consistently dropped as the world started its transition away from fossil fuels. Solar, for instance, is now cheaper than the creation of new coal or gas-fired power plants, according to an International Energy Agency (IEA) report. However, several reports in the past have suggested that, at some point or another, the falling costs of renewables will begin to level out. For instance, the same IEA report suggests that offshore wind prices will begin to level off now.

However, another recent paper reviewed projections for the future of renewable resources and also found that much of the earlier research underestimated future cost reductions in the field. According to Ives, past reports consistently underestimate the technological advancements that are leading to the continued decrease in the price of renewables. Ives’ paper suggests that the models used in these other forecasts have had two problems: they make assumptions about the maximum growth rates of renewables, and they use “floor costs,” a point at which the prices can’t fall further.

Ives’ report focuses mainly on the process of technological advancement, which is part of what has made renewables cheaper. Renewables have routinely performed beyond the expectations of previous papers. “They’ve been getting these forecasts wrong for quite some time,” Ives said. “You can see we’ve consistently broken through those forecasts again and again.”

The Institute of New Economic Thinking report doesn’t place a hard deadline on a cost plateau for renewables. Rather than a plateau caused by advancements, Ives said the greater likelihood is that the prices will decrease slower once things like solar and wind end up dominating the market. At that point, technological advances may very well still happen, but they might not be rolled out as frequently as they are now. “It’s the deployment that slows it down,” Ives said.

This largely fits with IRENA’s finding as well, according to Michael Taylor. He’s a senior analyst with the group, which recently released its own report. According to Taylor, the group found that the cost-reduction drivers—improved technology, supply chains, scalability, and manufacturing processes—for solar and wind are likely to continue at least for the next 10 to 15 years. It’s possible that previous forecasts were conservative in their estimations, he said.

However, he noted that some issues might see the reductions slow down. The pandemic, for instance, disrupted global supply chains and made it harder to obtain some essential materials, like the polysilicon used in solar panels. There are also some barriers to fully implementing renewables, such as oil and gas subsidies, public opinion, permitting, etc.

“Just on purely economic grounds, there are increasing benefits to consumers to be had by accelerating the rollout of renewable power generation,” Taylor said. “We’d encourage policymakers to look very seriously at trying to remove the barriers that currently exist.”