Surprising Lessons From The Science of Motivation

There are plenty of books that teach how to influence the behavior of others, but anyone who’s set a personal goal knows it’s a lot tougher to apply those lessons inward… 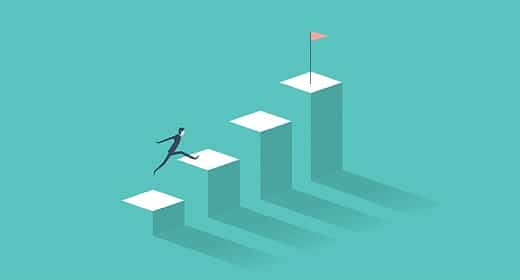 Ayelet Fishbach, a behavioral science and marketing professor at the University of Chicago’s Booth School of Business, has written a new book that can help. Get It Done: Surprising Lessons from the Science of Motivation, which was released in January, offers a framework for setting and attaining goals, working through roadblocks, and keeping the temptation to quit at bay.

“It’s really important to set goals that are not so abstract that you cannot come up with a plan,” Fishbach said during a virtual interview with Wharton professor Angela Duckworth about the book. Their conversation was part of the Behavioral Science Authors Series produced by the Behavior Change For Good Initiative at Penn. Hosted by Duckworth and Wharton professor Katy Milkman, who are BCFG’s co-directors, the series aims to showcase scholars who have written books about behavioral science for a general audience. Listen to a podcast of the full interview above, or watch the video below.

Angela Duckworth: There were a lot of books written in the pandemic, and this is absolutely one of my favorites. What is the core message of Get It Done?

Ayelet Fishbach: The core message in the social sciences is that you change behavior by changing the situation in which the behavior occurs. You change the circumstances. The way we think about it in motivation science is that you can change other people’s circumstances, [and] you can also change them for yourself. I am trying to figure out all the ways in which we can change either the situation or the way we frame it for ourselves so that we are motivating ourselves. Many times, I take interventions that we use on other people to say, “What do we know about using that on yourself?”

Duckworth: In a way, it’s “nudge thyself,” which would not have been as good a cover or a title, but our audience is very familiar with nudges. I feel like this book was written for the person who wants to change their own life, as opposed to the policymaker trying to make cafeterias healthier.

Fishbach: Exactly. The most real example is setting an alarm clock. When you set an alarm clock, you are changing yourself, changing your behavior. You make yourself get up in the morning by setting this alarm that will go off and will make a loud noise in the room. There are many other ways in which we can change the way we will behave by changing the situation when it occurs.

Duckworth: I love the structure of this book. There are four major sections. Give us a bird’s eye view of these four major approaches or areas of motivation strategies.

Fishbach: I realized that our interventions fall into these four categories. The first one is setting a goal, and there is a lot of research on how to set a goal, how to think about the target, how to make it intrinsic, and so on. The second element is striving towards this goal, monitoring progress, sustaining the motivation as we go from point A to point B. The third area is managing multiple goals. We never just want one thing, so how do you manage these multiple things? When do we look for compromise? When do we look to prioritize? The fourth area is social support. What is the role of others, both in helping us pursue the goal and in spotting our individual goals just by being there and observing us or being our role models?

Duckworth: Give me a personal example of goal fusion in Ayelet Fishbach’s life.

Fishbach: I’m highly intrinsically motivated, meaning I find it hard to do anything that is not intrinsically motivating. One example is that I never have enough time in the day. When I leave work, I wish I had a few more minutes to finish what I was working on, which is a sign of intrinsic motivation — how much you want to engage in the activity when you are no longer required to. But in my [research], we find that when we give people immediate rewards, they enjoy what they are doing more. They are more excited about doing it when we direct their attention to what they get from pursuing the task, as opposed to later on. When they get it immediately, they are more intrinsically motivated. In one experiment, we had people either focus on the immediate pleasure or interest that they get from watching some TV show versus the later benefits. It was a clip on the news about the situation in Tibet at the time. People who were focusing on their immediate pleasure, on how much they feel like they are gaining knowledge at that time, were more intrinsically motivated.

Duckworth: What is “the middle problem”?

Fishbach: For many goals that have a clear beginning and end, we see that people are highly motivated when they just start on something. Every step at the beginning feels like a huge step. You are moving from zero to one, which is enormous progress. Towards the end, if there is a clear end, we see again this excitement. In the middle is when we see motivation kind of on the decline. We see that people are working less hard and lowering their performance standards. There is less effort and also more cutting corners. In one of the studies that we ran on the middle problem, we had people actually cut corners. They had five shapes to cut on a piece of paper. We gave them a pair of scissors, and they were cutting the first shape very well, the last shape very well. In the middle, they were literally cutting corners.

Duckworth: What’s the antidote to the middle problem?

If you have these subgoals, these short goals, usually after this week you would still want to exercise. You don’t only want to exercise this week, but because you think about it in terms of three exercises in a week, you’ll have a short middle. And the next week you might want to do another set of workouts.

Duckworth: How do you know when to grit and when to quit? Clearly, there are upsides to quitting [and] there are costs to quitting.

Fishbach: This is hard. We know that sometimes people take on the wrong roles. There are extreme diets. There are extreme exercises. There are things that people take on and shouldn’t, or they should know when to quit. When we look at some of the research that I got involved in with aging, at a certain point we need to give up on certain things, in particular in the context of pursuing multiple goals. We need to reprioritize and say, “Well, I can’t have everything that I had so far. I need to give up on some.”

There is no magic answer to how to know when to quit. It often requires doing some analysis of your life and what you can fit in there, what you cannot. It’s important to realize that for many of the things that we do, we will not know whether it’s the right thing for a while.